HOME / SOCIAL/CULTURAL / Liberal Except for Palestine 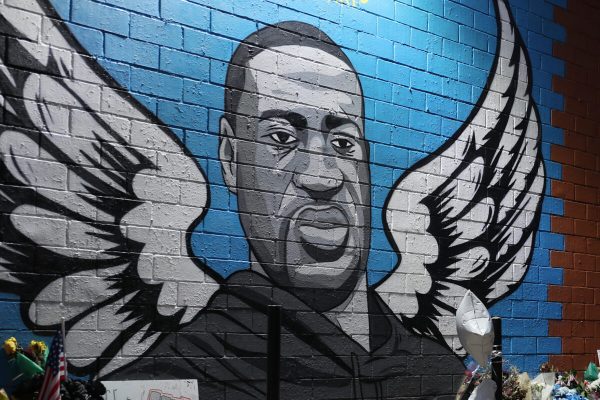 It is remarkable how leading Jewish organizations manage to play both sides on so-called “humanitarian” and “human rights” issues. It is, of course, well established that Jewish voters lean heavily “liberal” or “progressive” and constitute perhaps the most solid of all Democratic Party constituencies, so it is almost instinctive on their part that they would want to seize what they perceive to be the moral high ground. More to the point, in terms of their relationship with the Democrats and their various grievance factions, they are also generally cited as the source of the majority of the party’s campaign funding. This has resulted in the Democratic Party establishment’s particularly sensitivity to the needs of that key constituency, invariably carefully avoiding any criticism of Israel while also tending to appoint Israel-first bureaucrats and politicians to senior positions in the government. The Jews in return support the “progressive” politics of the Democrats, both to satisfy their own tribal inclinations, and to assuage any guilt relating to the party’s history of warmongering.

Jewish groups have expressed their pleasure with the appointments so far made by Biden, most particularly Ron Klain as Chief of Staff and Jake Sullivan as National Security Adviser. But the Jewel in the Crown is Tony Blinken as Secretary of State. The Democratic Majority for Israel (DMFI), which is the Israel support group within the party, has sent out an announcement saying it’s thrilled by the number and quality of “pro-Israel allies” who will be in the upcoming government. Other pro-Israel groups to include the Washington Institute for Near East Peace (WINEP) and the Foundation for the Defense of Democracies (FDD) have been similarly enthusiastic.

Jewish members of Congress are grossly disproportionate to their numbers in the general population (27 in the House and 9 in the Senate). Israeli Lobby power influencing Congress and the White House is clearly visible. Up until the last election Eliot Engel chaired the House Foreign Affairs Committee and Adam Schiff headed the House Intelligence Committee, two key posts firmly in the hands of politicians who had regularly put Israel’s interests first. Schiff’s son has been featured wearing a Mossad T-shirt, without any negative comment apart from folks like myself. One wonders what “liberal” Democrats would have thought if the lad had been wearing a shirt featuring CIA?

Engel is mirabile dictu out of office, but he has been replaced by black New York congressman Gregory Meeks, who obedient to orders did what Jeff Blankfort describes as a “full Uncle Tom,” immediately pronouncing that Israelis have a “right to defend themselves” and Palestinians need to return to the negotiating table and stop “fighting.” Three days earlier, Israeli soldiers had shot dead a fourteen-year-old Palestinian boy, something that Meeks apparently regards as “self-defense,” but, more to the point, consider for a moment the supreme ignorance of Mr. Meeks and the power he will wield over the nation’s foreign policy.

Nancy Pelosi is herself committed to the cause of Israel, having said that “If this capitol crumbled to the ground, the one thing that would remain is our commitment to our aid–and I don’t even call it aid–our cooperation with Israel. That’s fundamental to who we are,” while president-elect Joe Biden has proudly declared himself to be a Zionist and House Majority Whip Steny Hoyer has proudly declared himself to have “dual loyalty.” Add to that the appointment of Tony Blinken as Secretary of State presumptive for confirmation that the Biden White House will be the usual hotbed of pandering to Israel along the lines of the precedent set by Donald Trump.

Recently, groups like the Anti-Defamation League (ADL) have pledged their support for organizations like black lives matter, partly due to their own membership base’s liberal inclinations and also to establish their fictional bona fides as honorable gentlemen and ladies seeking to take steps that are good for American democracy as they see it. They have stated that “We mourn for George Floyd, who was horrifically murdered by a police officer in Minneapolis. There are many marching in the streets across the country and around the world chanting, ‘I can’t breathe’ in tribute to his memory and to demand justice. We mourn for Ahmaud Arbery, Breonna Taylor, Tony McDade and Rayshard Brooks among countless others whose lives were cut short as a result of systemic racism in policing. As an organization committed to fighting all forms of hate, ADL knows that these brutal deaths follow an explosion of racist murders and hate crimes across the U.S. Systemic racism, injustice, and inequality call for systemic change… Join us in combatting the bigotry, racism and discrimination that targets marginalized communities today.”

As a side benefit to all that hail-fellow-well-met conviviality, there is, of course, also a tactical consideration, which is that if Jewish groups can demonstrate such marvelous fellowship with poor downtrodden black folk in the United States, perhaps no one will notice how they look the other way while their co-religionists in Israel practice genocide on the Palestinian Arabs. The ADL statement is pure, unadulterated bullshit, ironical because Jews are by far the wealthiest and best educated demographic in the United States, powerful at all levels and hardly victims of anything. And they work hard to hide the fact that the Israel Lobby exists to serve the Jewish state’s interests, including making sure that the American public is led to believe that nothing is happening when Arab children are shot dead, when the livelihoods of Palestinians are destroyed, and when Israel operates with impunity to assassinate foreign officials and kill innocent civilians en masse in places like Iran, Gaza, Syria and Lebanon.

The hysteria on the part of some Jewish groups to identify with the grievances of black Americans is quite amazing to behold. It now includes memorials to the martyred Floyd George of Minneapolis, whose death triggered last spring and summer’s rioting, in so-called holocaust remembrance sites. The first such George Floyd exhibit has opened within the Holocaust Memorial Resource & Education Center in Orlando, Florida. The intention of the exhibitors is not completely clear, but the identification of Jewish suffering with the black counterpart is intended to suck in the inevitable critics who can conveniently be described as racists, putting both Israel/Jews and American blacks on the side of the angels even though the two have functionally nothing at all to do with each other. So, anyone who might want to argue that the Floyd-holocaust joint commemoration is both ridiculous and a political contrivance might just as well button his or her lip and in so doing avoid the sanctimonious backlash that would be generated from the Jewish managed media no matter how one spins it.

In a recent article in the Jewish publication Forward, Dr. Mia Brett examines Critical Race Theory (CRT), the educational and cultural fraud that is being used to delegitimize Western civilization and comes to the conclusion that “Rather than a tool to oppress Jews, CRT is a critical tool in fighting white supremacy — the gravest threat we face.” “We,” means of course, Jews and blacks together as perpetual victims of a malicious Caucasian kleptocracy. There is no mention of Israel in the article, nor of the Palestinian genocide, but it inter alia reveals what Dr. Brett and others like her think about the rest of us.

Indeed, the claim that some Jewish groups and leaders do not regard themselves beholden to American interests at all has a certain cogency, as does the argument that they do not consider their fellow U.S. citizens to be quite their equal given their Chosen status. Religious leader and Grand Rabbi of the Satmar Hassidim community of Williamsburg, New York, Rabbi Zalman Teitelbaum, recently declared that his numerous followers should not consider themselves as American but rather as Jews in exile.

Teitelbaum’s views are not unique. There exists an International Council of Jewish Parliamentarians, which is based in Israel. It exists to support Israel and to “To promote an ongoing dialogue and a sense of fraternity among Jewish legislators and ministers.” One might well ask why a parliamentarian representing the people in a country should identify with and, let’s face it, conspire with foreign representatives of other nations based on religion? And support the interests of a foreign country, Israel, also due to religious affinity? One might suggest that that is what charges of “dual loyalty” are all about, though it might indeed be better described as “singular” or primary loyalty.

There should be little doubt that American Jews have by hook and by crook come to occupy the driver’s seat in many key sectors of both the economy and in political life. The trick of lining up with those oppressed both to demonstrate one’s ethical superiority and to avoid having one’s interests scrutinized through assertion of having suffered a similar victimhood has been played again and again. Floyd George in a holocaust memorial? Sure, why not. The reality of George does not exactly fit in with the hagiography that has grown up around him since his death just as Israel and American Jews constantly claiming victimhood so that their own behavior and that of Israel cannot be subject to accountability is also a hypocritical political ploy that does not reflect reality.

0 thoughts on “Liberal Except for Palestine”