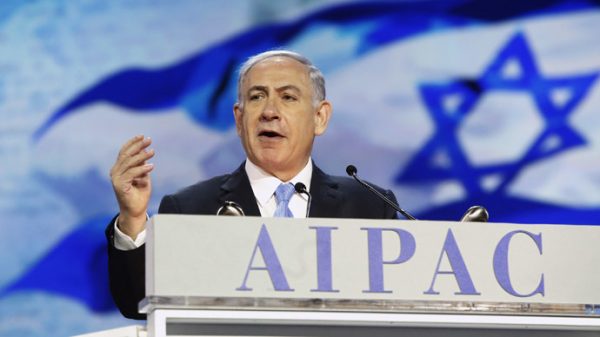 And the Israelis are having an election

The Trump Administration has delivered yet another concession to Israel’s embattled Prime Minister Benjamin Netanyahu on the eve of parliamentary elections: the Israeli military occupation of much of the Palestinian West Bank and of the Golan Heights will no longer be referred to in official U.S. government documents as an occupation. America’s so-called Ambassador to Israel is a former Trump lawyer named David Friedman who is more involved in serving Israel than the United States. He personally supports the view that the illegal Jewish settlements are legitimately part of Israel, choosing to ignore their growth even though it has long been U.S. policy to oppose them. He has also long sought to change the State Department’s language on the Israeli control of the West Bank and Golan Heights, being particularly concerned about the expression “occupied,” which has legal implications. Now he appears to have won that fight, to the delight of the Netanyahu government.

And the expunging of “occupied” might be only the first of many gifts intended to bolster Netanyahu’s chances. Senator Lindsey Graham, who also boasts of his close ties to the Israeli Prime Minister, intends to initiate legislative action to go one step further and compel the United States to actually recognize Israel’s sovereigntyover the Golan Heights, the Syrian territory that was annexed after fighting in 1967, but which has not been recognized as part of Israel by any other country or international body. If a vote on the bill is pushed forward and goes as expected virtually unanimously as the subject before congress is Israel, it would hugely benefit Bibi. Some sources are also predicting that recognition of the Golan Heights could easily lead to U.S. government recognition of Israel’s sovereignty over much of the West Bank.

Israel’s election is scheduled for April 9th, so there is still plenty of time for additional mischief. There have even been suggestions in the Israeli media that Netanyahu just might escalate fighting with any one or more of a number of its neighbors to enhance his wartime leader credentials. That Gaza will be pummeled is a certainty and Hezbollah in Lebanon and Syria is probably also in the gun-sights. An uncorroborated report last week out of Israel claimed that Hezbollah is operating a “terror cell” in Syria close to the border with Israel. It would serve as a pretext for a bit of military action and America’s own congress-critters would immediately be jumping up and down expressing their support for Israel’s right to “defend itself.” The big prize for Netanyahu would, of course, be success at getting the United States to attack Iran and one can bet that Mossad is cranking up “false flag” plans to bring about such an eventuality while also making it look like the Mullahs were at fault.

Netanyahu, bedeviled by corruption charges against him, is otherwise sinking into his usual pre-election mode, which is to outflank nearly everyone on the intransigent right of Israeli politics. He has entered into a coalition with the openly racist Kahanist party Otzma Yehudit, which most Israelis consider to be close to a Jewish version of fascism as it advocates, among other policies, the forceful expulsion of all Arabs.

Benjamin Netanyahu is also looking for a boost through his attendance at the annual American Israel Political Action Committee (AIPAC) summit, which is being held in Washington from March 24-26. The theme of the conference is, unfortunately, “Connected for Good,” which is clearly a boast by AIPAC rather than an admission of the shameful reality that has been delivered to the American people by a groveling and subservient congress and White House. Co-opting the United States is what it is all about, with the promotional material promising an “UNFORGETTABLE EXPERIENCE : The AIPAC Policy Conference is the largest gathering of America’s pro-Israel community. The conference is a celebration of the U.S.-Israel partnership and the premier opportunity for every attendee to lobby their Congressional office to advance the U.S.-Israel relationship. The Policy Conference is also a rich educational experience and inspirational booster shot. Attendees will hear keynote speeches by American and Israeli leaders, attend intimate educational sessions, and be wowed by moving stories of U.S.-Israel partnerships, Israeli heroism, and groundbreaking Israeli innovations that are changing our world.”

AIPAC is a seriously threatening organization with income of more than $100 million per annum, nearly 400 employees, 100,000 members, seventeen regional offices, and a “vast pool of donors.” It clearly includes a lot of smart and savvy folks who know a lot about what is going on in the Middle East, but its panels will not include a single word about shooting unarmed protesters, declaring Israel to be a “nation state for Jews alone,” its own acceptance of laws attacking freedom of speech, or its use of Jewish donated money to corrupt the American political system encouraging “allegiance to a foreign country” on the part of U.S. citizens. Bibi will undoubtedly pick up on AIPAC’s cozy theme of inclusiveness by taking the opportunity to burnish his credentials as the leader who can continue to deliver on unlimited and uncritical support from the United States. He will almost certainly meet with President Donald Trump and the two will undoubtedly mention the terrible wave of anti-Semitism that is sweeping the globe, justifying still more ethnic cleansing of the diminishing number of Arabs living in Greater Israel and the bombing of Iran.

Other leading American politicians who will be at AIPAC in supporting rolls include the slimy Senate Majority Leader Mitch McConnell, Senate Minority Leader Chuck Schumer, House Speaker Nancy Pelosi, Minority Leader Kevin McCarthy and the despicable former U.N. Ambassador Nikki Haley. It will also include numerous other congressmen, administration officials and the usual scumbags who gravitate to these events, including pardoned criminal Elliott Abrams and unindicted felon Senator Robert Menendez. Abrams, who believes that Jews and gentiles should not intermarry, is currently engaged in destroying Venezuela and just might be otherwise occupied.

A number of the “American” government attendees at the event are actually Israeli citizens. Sigal Mandelker, a committed Zionist who holds the perpetually Jewish position of Under Secretary for Terrorism and Financial Intelligence in the United States Department of Treasury, is an Israeli by birth and it is widely believed that a number of Jewish congressmen and government officials who will be attending the AIPAC conference have dual citizenship. On the conference website’s roster of attendees, it is amusing to see the official photos in which the U.S. legislators and officials are standing in front of the American flag, seemingly disinterested in the irony that what AIPAC is doing is destructive of democracy in America and a sell-out to Israeli interests, undermining those of the United States.

Netanyahu’s most serious opposition in the election appears to be a centrist coalition headed by former Israeli Defense Force chief General Benny Gantz, who has spoken of his pride in killing 1,364 “terrorists” in Gaza, and former Finance Minister Yair Lapid. It is the principal challenge to incumbent Prime Minister Benjamin Netanyahu’s re-election hopes. Israeli courts have also meanwhile banned several Arab parties while allowing extreme right-wing Jewish parties to appear on the ballot.

Whatever the outcome, the United States will be on the receiving end of what Israel decides to do post-election as Trump and company as well as the Democrats in opposition also have an election coming up next year and will want to receive the Israeli seal of approval. And AIPAC will be right there to make sure that Israel in return gets everything that it so richly deserves. Goodnight America.

0 thoughts on “AIPAC Is Coming to Town – Again!”