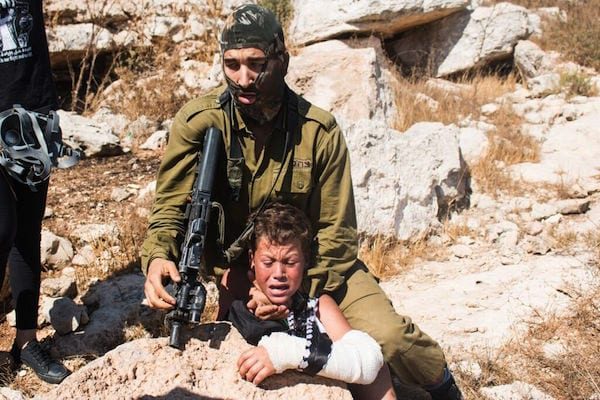 Half a billion dollars goes to companies and foundations

Washington D.C. is surely one of the most corrupt places on earth. Money talks and nearly everyone into the game sometimes referred to as politics has his or her hand out and expects to end up a millionaire. Given that, it should surprise no one to learn that a large chunk of the CARES Business Assistance Program’s trillions of dollars recently doled out for coronavirus relief, sold to the public as intended to help small businesses survive, has instead gone to those who are politically connected through lobbyists and other special interests.

A recent Time magazine article describes what it calls “a familiar lobbying bonanza.” To be sure, the details regarding who got the cash makes for depressing reading, though there is a familiar smell to it in light of the many boondoggled programs to make America “safe” over the past twenty years. The Paycheck Protection Program (PPP) has provided no less than 663,000 loans over $150,000, but much of the money has gone to “billionaires, country clubs, lobbyists, political allies, Wall Street, and big business,” all of which have better access to government than does the small business owner.

Recipients included 600 mostly large equity and asset management firms that were actually ineligible because of their involvement in “investment or speculation.”Cash rich law firms also benefited with more than 45 of top firms receiving at least $210 million in PPP loans while companies owned in whole or part by nine congressmen also received funds. A business partially owned by Paul Pelosi, husband of Speaker Nancy Pelosi, obtained a loan as did a real estate project run by the family of Jared Kushner.

Other decidedly questionable recipients include Planned Parenthood, the Church of Scientology, and rapper Kanye West, up until recently a Trump favorite, who, with his wife Kim Kardashian, owns a shoe and clothing company worth an estimated $3 billion.

Given the apparent fact that obtaining a loan was largely a matter of who you know, it is perhaps not surprising that the state of Israel and its myriad supporting entities in the United States were in front of the line when the money was passed out.

I recently wrote about the apparent holocaust scam run out of Israel whereby gullible foreigners have been receiving emails and seeing media solicitations regarding how Jewish survivors of World War 2 currently in Israel are living in squalor and starving due to the impact of the coronavirus. Readers commented that there are similar ads running on television in the U.S. soliciting money from “Christians and Jews” to help relieve the suffering. There have recently been allegations of fraud regarding the millions of dollars that have been raised by Christian groups in the United States. As Israel is a wealthy, socialist state with world class medical and social services systems in part paid for by the U.S. taxpayer, as well as pensions provided mostly by Germany for all survivors, the entire business definitely has a bad smell to it.

If so-called holocaust survivors are actually suffering, the fault should be firmly placed where it belongs: the Jewish “charitable” organizations and the state of Israel itself, which are custodians for the money coming from Europe and elsewhere. Professor Norman Finkelstein has demonstrated in his book The Holocaust Industry: Reflections on the Exploitation of Jewish Suffering how all the billions of dollars extorted by Israel and Jewish groups has been diverted and rarely reaches those who might actually have suffered.

A review of the Finkelstein book notes “…that very little of the recently extracted ‘compensation’ has reached its nominal beneficiaries. Instead, the industry’s concern today lies with winning compensation for law firms, consultants, politicians, Holocaust organizations, and industry elites. ‘When Jewish elites rob Jewish survivors no ethical issues arise; it’s just about the money…’”

In the current economic and healthcare crisis, some of these groups including Israeli start-up companies and proxy groups that lobby in the United States are eligible to received PPP under the multi-trillion dollar CARES Business Assistance Program as long as they have some salaried U.S. employees. The loans can be up to two and a half times the cost of wages actually paid to employees up to a total of $10 million and are issued at 1% interest that is repayable within two years, with a six-month grace period before payments are due. The loan would be converted into a grant if the company can demonstrate that the money was actually spent on salaries that prevented terminating employees.

Predictably, Israeli connected law firms in the U.S. were immediately out of the starting gates. “’In this program, it’s all about being first to the prize,’ said Attorney Oz Halabi, a partner and head of the U.S. taxation department at the New York office of law firm Pearl Cohen Zedek Latzer Baratz and a former senior official at the Israel Tax Authority. ‘It is very important to submit applications as soon as possible and to understand that the program is relevant to 99% of Israeli startups.’”

Because Israeli companies are well wired into political and financial power brokers in Washington and New York, they inevitably have had insider help applying early and obtaining immediate approvals for loans that struggling American small businesses will not receive. Reportedly 1,000 Jewish and Israel linked groups have already received $500 million but then proceeded to lay off employees anyway after they received their money. There has been, of course, no reciprocity of tax breaks or loans for U.S. companies operating in Israel.

The full measure of PPP spending has yet to be appreciated, but Grant Smith at the Institute for Research: Middle East Policy (IRMEP) has described a C-Span interview that reveals the extent to which Israel has taken advantage of CARES. Smith reports that “Israel lobby organizations such as the Zionist Organization of America ($2-5 million), Friends of the IDF ($2-5 million) and the Israeli American Council ($1-2 million) are grabbing huge loans from the CARES Act PPP program. According to SBA data, Israel’s Bank Leumi has doled out a quarter to a half billion dollars under the program, despite being called out for operating in the occupied West Bank. It has given sweetheart deals to the Israeli company Oran Safety Glass (which defrauded the U.S. Army on bulletproof glass contracts) and Energix, which operates power plants in the occupied Golan Heights and West Bank.”

Grant has also identified PPP money going to the Jewish Institute for National Security of America (JINSA), which inter alia arranges “terrorism” training for American police; the Jewish National Fund, which supports Israel’s illegal settlements; and the Israel on Campus Coalition, which has harassed students critical of the Jewish state on American campuses. Several of the organizations being supported with American taxpayer money are little more than front organizations promoting Israeli interests in the U.S. They should be required to be registered under the Foreign Agents Registration Act (FARA) of 1938 but the Justice Department never does anything about Israeli government fronts active in the United States.

Note that an Israeli bank has somehow been able to grant as much as a half billion dollars of U.S. taxpayer money under the program, all of it apparently going to Israeli businesses and other Israel-linked entities. One wonder what the screening process was like, if there even was one. And note that the Zionist Organization of America is essentially an Israeli lobbying group. It too gets the cash, as does the similar Israeli America Bank. Oran Safety Glass, which “won” a Pentagon contract for bulletproof glass for U.S. Army vehicles even though it could not produce the glass, also gets money.

But the most outrageous grant is to the Friends of the Israel Defense Forces (FIDF), an organization that raises money in the U.S. for the Israeli military. It held a gala event in Hollywood in 2017 that raised $53.8 million while one in New York City in the same year promoted as a “A Night of Heroes” raised $35 million, so it clearly does not need the money but took it anyway. Donations to FIDF are tax deductible as the organization is registered with the U.S. Treasury as a 501(c)3 educational and charitable non-profit foundation. One might well ask how it is possible that the American taxpayer should subsidize a foreign military organization that is regularly accused of war crimes in its ongoing brutal and genocidal occupation of the Palestinian West Bank and East Jerusalem? Where are the screams of outrage from Congress and the media, which are silent even as an estimated 100,000 American small businesses meanwhile go bust?

The multitude of gifts to Israel come at a time when the cover provided by the coronavirus and the BLM disruption have hidden from sight the expansion of the Israeli-American national security state. Writing at MintPress in an article entitled “The Merging of US and Israeli National Security States is Accelerating Amid COVID-19,” Raul Diego reports that:

“A two-pronged initiative by the U.S. Chamber of Commerce and the Department of Homeland Security is set to substantially increase Israel’s already significant role in America’s digital health, artificial intelligence (AI), critical health infrastructure, as well as law enforcement, public and border protection and other key sectors. Citing ‘health challenges’ posed by COVID-19, the U.S.-Israel Business Initiative (USIBI), a venture of the U.S. Chamber of Commerce, is advancing a new eight-point policy framework to facilitate a ‘more robust bilateral collaboration’ between Israeli and American companies to realize the ‘potential’ of technologies emerging out of Israel relating to telehealth, robotic diagnostics and AI-powered applications in healthcare.”

Diego also observes how “In a recent article, investigative reporter Whitney Webb uncovered the deep Israeli military roots of virtually every ‘health’ tech startup to emerge in the wake of the COVID-19 pandemic and their extensive relationships with the U.S. government at both the federal and state level. Regarding the policy framework, Webb stated that it was likely ‘part of a broader effort aimed at using the coronavirus crisis to facilitate the integration of Israeli tech companies, particularly in the “digital health” sector, into the U.S. technology ecosystem. Many, if not the vast majority, of these companies’, she continued, ‘were either founded by ex-members of Israeli intelligence or military intelligence, but also serve as contractors to Israel’s government or its military.’”

Inevitably, the rape of America and its remaining resources by Israel will accelerate with hardly a peep out of politicians or the media. The U.S. Chamber of Commerce U.S.-Israel Business Initiative only works in one direction, delivering money and jobs to Israel as it simultaneously makes Americans poorer and unemployed. The joint projects also enable the stealing of U.S. technology to advance the Jewish state’s own high-tech sector at no cost. There will also be major national security implications as the Israelis will be able to access every telephone to confront “health challenges” while monitoring the movement of Americans as they also record classified conversations to send the “take” back to Jerusalem.

And it all starts with the presumption that Israel is some kind of friend, which it is not. Fake charities and various schemes to otherwise defraud and impoverish the U.S. taxpayer is the name of the game and Israel goes on from there to become a “business arrangement” and “health initiative partner” plus “national security asset.” When will it ever end? Ask your congressman. He or she will not reply. Or write a letter to the Washington Post or New York Times. They will not print it.