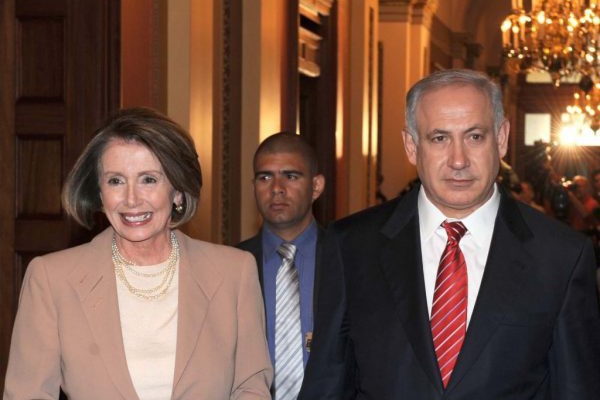 Deferring to Israel is “what we are”

I predicted three weeks ago that the Senate bill on the Middle East, which was rejected three times while the government was shutdown, would quickly receive cloture by a comfortable margin to end debate and proceed to a full vote in the Senate after the federal bureaucracy reopened. That has proven to be the case. Senate Bill S.1 was approved on January 29th 76 for votes to 22 against. Every Republican voted for it, minus only Rand Paul and Jerry Moran, who did not vote. The Republicans were joined by 25 Democrats, all of whom had previous voted “no” to embarrass the White House over the shutdown. Minority Leader Senator Chuck Schumer, who has described himself as Israel’s protector in the Senate, switched his vote as did notoriously pro-Israel Senators Ben Cardin and Bob Menendez. The bill must now be passed by the Senate, which is certain to take place, before being sent on to the House of Representatives for its approval, where there will certainly be some limited debate. It then will go to President Donald Trump for his signature.

Readers will recall that S.1 the Strengthening America’s Security in the Middle East Act of 2019 , sponsored by the singularly ambitious though demonstrably brain dead Senator Marco Rubio from Florida, included $33 billion in guaranteed aid to Israel for the next ten years, an unprecedented gesture to America’s closest ally and best friend in the whole world, as Congress might describe it.

But the legislation also incorporated measures to criminalize criticism of Israel, referred to as the Combating BDS Act of 2019. It has been correctly observed that that portion of the bill is clearly unconstitutional as it limits free speech, which is guaranteed by the First Amendment to the Constitution of the United States and is considered to be the bedrock of American civil liberties, but there is no guarantee that the Supreme Court will agree if and when the law is contested. Once free expression is abridged for Israel there will be no end to other grievance groups exploiting the precedent to silence criticism and effectively negate the First Amendment.

The potential destruction of the Bill of Rights is only one aspect of the power that Israel has over American policymakers. The widely ballyhooed election of several Congresswomen who appear willing to challenge the Israeli orthodoxy on Capitol Hill is already being countered by the establishment within the Democratic Party, demonstrating once again how deep the corruption of America’s political class by Israel has gone.

In an early December speech before a largely Jewish audience at the Israeli-American Council gathering in South Florida, House Speaker Nancy Pelosi demonstrated in no uncertain terms just how she and other Congressmen are more responsive to Israel and its supporters than they are to their own constituents. She said in response to a staged question during a “conversation” with Democratic Party top donor Israeli Haim Saban, “I have said to people when they ask me, if this Capitol crumbled to the ground, the one thing that would remain would be our commitment to our aid, I don’t even call it our aid, our cooperation with Israel. That’s fundamental to who we are.”

Now “who we are” is a favorite expression used by a certain type of progressive that was made popular by the smooth talking but devious Barack Obama, meaning “I am taking the moral high ground so don’t ask me any questions or challenge what I have just said.” In Pelosi’s case she is saying precisely that, that American patronage of Israel is a moral imperative, a commitment forever that must be sustained no matter what Israel does and even if the United States itself should fall into ruin.

It is an absurd comment for someone who represents the people of her state and has taken an oath to uphold the U.S. Constitution, the ultimate pander to a right-wing Jewish audience that is socially progressive and consistently votes Democratic, which Pelosi celebrated, while at the same time cheering the bloody repression of the Palestinian people. And while Israel’s cheering section is doing all that, it is also dragging the American people into wars that need not be fought and stealing the taxpayers’ dollars to give to the racist Kleptocrats in charge in Tel Aviv and Jerusalem.

Pelosi, like her partner in crime Senator Chuck Schumer, who also spoke at the conference, has a problem in paying for security along America’s southern border but she does not hesitate to send billions of dollars to Israel every year. One has to wonder at her priorities, but she knows that American Jews are more powerful and relevant to her party’s finances than doing the right thing would be, so there is no evidence of any hesitation on her part to throwing some Arabs and the outliers within her own party under the bus.

And Nancy also spoke of the dissidents in the Democratic Party, all five or so of them, saying “Remove all doubt in your mind. It’s just a question of not paying attention to a few people who may want to go their own way…” Apparently there is plenty of room under that bus for non-believers. And she also threw out a standard line of how “I believe that the establishment of the state of Israel was the greatest accomplishment of the twentieth century” while also unloading on the Arabs saying “We have to I think in Congress make it really clear to Palestinians that we expect them to be responsible negotiators and we haven’t seen a lot of that thus far.”

Apparently, Nancy is unaware that the “establishment” of Israel forced 700,000 people who had lived in Palestine for centuries out of their homes. And she apparently also has missed all those stories of Palestinian “terrorist” children and emergency workers being shot dead by Israeli snipers while they were “negotiating” such things as access to food, water, and medicines from the inside of the Gaza containment fence. Or maybe she’s forgotten about the towns in Israel that can legally ban Christian or Muslim residents as Israel is now officially a Jewish only state. Nancy Pelosi’s extreme efforts to demonstrate loyalty and devotion to a nation that the rest of the world views as a pariah is commendable, but only if one is a sociopath.

There is something completely dead at the heart of American politics which makes basic humanity unacceptable when confronted by a force for evil that has penetrated and manipulated both the national media and the governing political consensus. That is what Israel and its rabid band of supporters have done to the United States. First Amendment? Goodbye. If the U.S. government should crumble under the strain, don’t worry because our support for you is eternal. Kill a couple of hundred Arabs, shoot a few thousand more? No problem. It’s God’s will. And if Israel leads America into a nuclear war? Then we will do what we have to do to protect our ally.

Ask Pelosi and Schumer, “Have you been corrupted?” They will answer “No. Of course not. It is what we are.”

0 thoughts on “A Passionate Attachment”