HOME / Exclusive Subjects / Why the Empire of Chaos is Paralyzed

Why the Empire of Chaos is Paralyzed 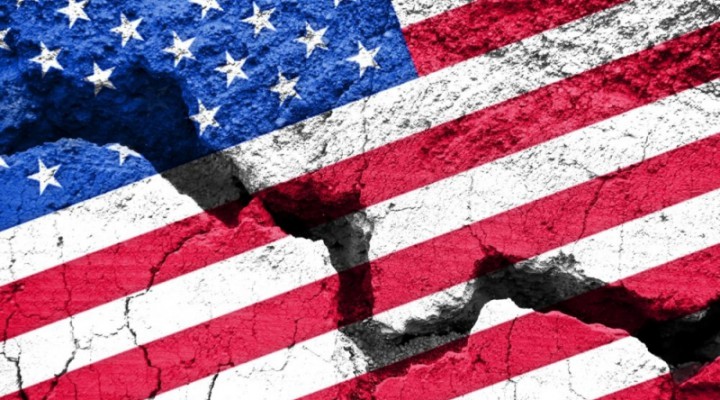 What you are about to read is part of an internal report by one of my top business/intel sources in the Beltway for the past decade and a half. Readers who received it include JP Morgan’s Jamie Dimon, Evelyn de Rothschild and wife Lynn, Blackrock’s Larry Fink, Michael Bloomberg – who would never hire me as a Bloomberg columnist… – Blackstone’s Stephen Schwartzman, Amazon’s Jeff Bezos and other assorted Masters of the Universe. I received a copy with all their addresses – which for obvious reasons I cannot make public.

This is a MAJOR bombshell – in the sense that the financial Masters of the Universe are now fully aware of sensitive intel not shared with non-military players. The question is what they’re gonna do about it.

The section of the reports starts HERE:

“While Rome burns which I use as an extended metaphor about the hundreds of US cities that burned last summer, and the US faces internal disintegration, the Pentagon admits that the US cannot face a two front war.

The US cannot face a one front war in Europe alone and would be defeated in five to ten minutes. It is not widely known that the key means that the US has chosen conventionally to defend Europe was by its superior airpower which outguns the Russians. However, what also is not widely known is that the US will be defeated in Europe by the Russians in five to ten minutes by the Russian hypersonic missiles destroying all NATO and European commercial airfields including those in England as it merrily sends its warships towards the Kerch Peninsula.

Whether all of our F-35 trillion dollar aircraft will be blown up too in five minutes depends on how fast the US can fly them out of harm’s way to some foreign shore. The remaining key question then is whether the US can evacuate Europe fast enough via a Dunkirk exit to escape to England or whether all the US forces will join their NATO comrades in a Russian prisoners of war camp.

The answer is that it cannot escape as it would take more than the two weeks time to evacuate. This has been confirmed to me by the highest US military authorities.

The US use of recent sanctions on Russia was to send the message that the nation killer that they call SWIFT-CHIPS is in the US toolkit as the US reply to an invasion of the Ukraine. (It goes without saying that Nord Stream Two would be over and the pipeline presently in operation from Russia to Europe would be shut down.) The US thus is sitting back in this poker game in smug self-confidence that the Russians would not dare to invade the Ukraine, causing the US to pull the trigger on throwing Russia out of SWIFT-CHIPS payment system to their Iranian-style doom.

But the US has not seen the Russian cards in their hand yet, which would be to exercise their super financial weapon of closing the Strait of Hormuz with their ally Iran which is willing to cooperate, according to our best intelligence sources.

We have discussed this scenario with the Goldman Sachs derivative specialists in oil who predict the oil price would rise to $500.00 to a $1,000.00 a barrel on such a closing, triggering the implosion of the 600 trillion to 2.5 quadrillion derivative market, destroying the entire world financial system.

The cataclysm that would hit the US would lead as in Germany in 1933 to a 50% unemployment rate or more, instigating the complete overthrow of the US government which is barely hanging on by a thread after last summer’s riots when the US military refused to intervene out of fear that its forces, as in Russia in 1918, would disintegrate along racial lines.

The defeat of the US in Europe would constitute the death knell of the US Empire as when Rome was sacked by Alaric and there would be cheering all over the world.

[Now comes the killer part, which left me, well, speechless]

The myth of fissures between Russia and China should be dispelled by the following article in the Asia Times where there is sitting on Putin’s desk a major offer by a major company to finance the redirection of all oil and natural gas going to Europe to China via pipeline.

It would constitute the largest commercial transaction in world history. China could then depend on receiving from Russia the natural resources that presently come by sea and Russia can replace all European imports to Russia by substitution and where that is not possible from China. This very deep article should be read very carefully. The hundreds of billions of dollars for this project are available today according to the highest intelligence sources.

Here is an important quote from the article:

“A closely guarded secret in Moscow is that right after German sanctions imposed in relation to Ukraine, a major global energy operator approached Russia with an offer to divert to China no less than 7 million barrels a day of oil plus natural gas. Whatever happens, the stunning proposal is still sitting on the table of Shmal Gannadiy, a top oil/gas advisor to President Putin.”

[And then the report links to my story]:

2 thoughts on “Why the Empire of Chaos is Paralyzed”