HOME / Economy / Why capturing Huawei is no victory in tech war 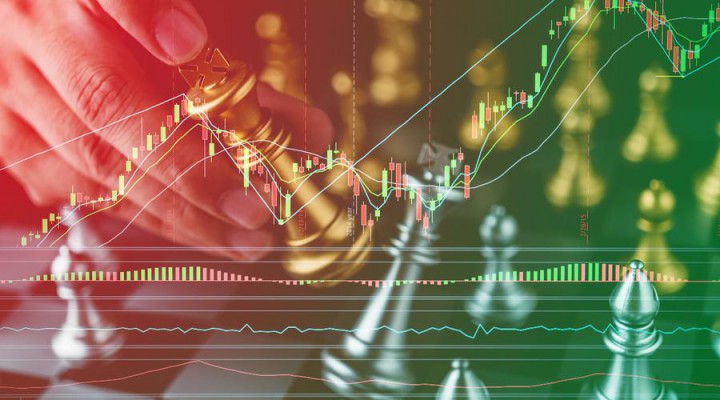 Chinese firm is a queen on tech chessboard, but Beijing will just tell its whiz-kids to reach the next level

It’s geopolitical, geoeconomic war. Cold, so far, but now about to descend to deep freeze. The US National Security Strategy unmistakably spells it out. China is a strategic competitor and must be contained, no holds barred, on all fronts: economic, military and most of all, technological.

Enter the current, concerted offensive across the spectrum, from 5G and AI to moves attempting to prevent the coming of globalization 2.0. Add to it maximum pressure all over the world to prevent nations from joining the New Silk Roads, or Belt and Road Initiative (BRI), the organizing foreign policy concept for China in the foreseeable future and the strategic road map for Eurasian integration up to 2049.

It’s all interconnected; the Trump administration’s trade war, Google blocking Huawei from the enhanced Android OS, the demonization of Belt and Road. It’s all about control of global supply chains and technological infrastructure.

Huawei is not a pawn but the Queen in the tech-war chessboard. In an environment where Chinese IT companies are fast climbing the ranks in terms of registering scientific patents, Huawei is already first among equals. From techno-scientific knowledge to applied research and creative market solutions, China tech is posing a concerted  “threat” to American tech. This is the heart of the geopolitical and geoeconomic clash between the hegemon and the aspiring superpower.

Pressure over Germany, UK and Italy, for instance, based on a fuzzy “economic aggression” concept, won’t force these industrialized nations to discard Huawei, because they can profit from Huawei’s leadership on 5G to create their own ‘smart’ or safe cities.

Fragmenting global supply chains – as the Trump administration is aiming at – also does not cut it, as interdependence still rules. Some 22% of Huawei products carry US components, and the Snapdragon chip from American Qualcomm is featured in most Chinese smartphones.

What matters most is how Made in China is coming up with creative total packages, privileging added value for business, as it targets a mass of global customers, private and corporate. This process is at the heart of Made in China 2025, which aims to sever dependence on Western technology and configure China as a global leader in AI, cloud services, the Internet of Things (IoT), industrial automation 4.0, biotechnology, aerospace. Goodbye low-cost mass manufacturing.  Hello to a cloud of emerging technologies.

‘Asianomics’ is the way to go

In ‘AI Super-powers: China, Silicon Valley and the New World Order,’ venture capitalist Kai-Fu Lee, with decades of experience on both sides of the tech pond, conclusively shows how technology “will drive a wedge between the AI superpowers and the rest of the world, and may divide society along class lines” miming “dystopian science fiction.”

The US and China are already AI superpowers because, apart from top talent and research labs, they can count on “a large base of users and a vibrant entrepreneurial and venture-capital ecosystem”.

Across Eurasia, following the BRI footprint, China is bound to rule, on 5G and AI, from Southeast Asia to Southwest Asia and all the way to Africa.

That leaves Western Europe as the key geoeconomic battleground, on internet and internet services, to be conquered by Huawei and other Chinese tech companies. It’s always important to remember that a great majority of so-called US “allies” – especially in Asia but also in vast swathes of Europe – now do more trade or investment with China than with the US.

5G will establish a new techno paradigm in robotics applied to industrial production, remote control surgery, new AI-driven transportation solutions, the logistics of distribution, and scores of other specialized fields. Think, for instance, shipping containers engaged in autonomous communication – in a high-speed free flow of interconnection.

In this new environment, Huawei is leaner, meaner, cheaper, more innovative, and their products consume less energy. Add to it that Chinese companies are keen to experiment with telecom operators, for instance investing in research centers and labs in Europe, such as the Huawei Transparency and Cyber Security Center in Brussels.

Not only China, but Asia as a whole is becoming the privileged 21st-century tech development engine. Welcome, thus, to “Asianomics”.

This means that Huawei, even under attack by the US government and spurned by Google, will have no problems finding other Chinese and Asian suppliers. In fact, count on Beijing to forcefully rally all China tech majors to develop all component technologies that China still lacks. Precedents abound. Let’s take a look at one of the most important.

In September 2014, Premier Li Keqiang addressed the Chinese “Summer Davos” in Tianjin to explain how technological innovation was essential in creating growth and modernizing the Chinese economy.

These speeches usually consist of a somnolent litany of jargons and exhortations. But this time Li came up with a new, unheard of, slogan: “Mass entrepreneurship and mass innovation”. And that soon became the rallying cry for a government-driven process of fostering startup ecosystems and supporting technological innovation.

In July 2015, China’s State Council – which comes up with all the big policies that matter – issued a major directive; from now on everybody should join the “mass entrepreneurship and innovation” bandwagon. The aim was to create thousands of technology incubators, entrepreneurship zones and “guiding funds”, backed by Beijing, to seduce more private venture capital, in parallel to sexy tax policies and streamlined government permits necessary to start a business.

This is how it works in China. The central government may lay down the main goals. But implementation is totally local – as in thousands of mayors and local officials. These people only get promoted inside the vast bureaucracy through performance. And the examiners are of course big wigs in the Chinese Communist Party’s human resources department. So it’s easy to imagine the frenzy when Beijing sets clear goals and targets. Go for it – or disappear into career oblivion.

That’s exactly what’s going to happen next. Beijing will tell China tech to reach the next level. Anyone who’s been to frantic tech-experiment-hub Shenzhen knows what this means. The US crackdown on Huawei will inevitably backfire.

Huawei has now accelerated the commercial implementation of its own operating system, which will be thoroughly adapted for global markets. Their Plan B is now Plan A – with a vengeance. Never underestimate the power of unintended consequences; Huawei breaking Google’s de facto monopoly may be just around the (tech) corner.