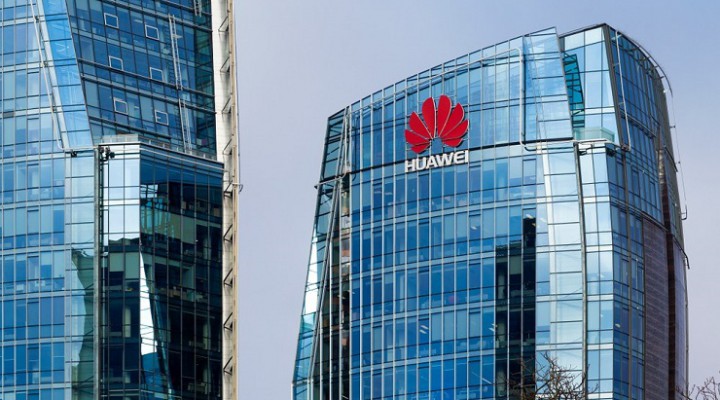 Claiming that prominent Chinese telecommunications company Huawei had violated US sanctions on Iran – Canada was requested to arrest and hand over Huawei Chief Financial Officer, Meng Wanzhou, who was transferring planes in Vancouver.

The arrest was described even by the Washington Post as “unusual” in its article titled, “Arrest of Huawei executive triggers stock market turmoil and unsettles U.S.-China trade talks.”

Meng was arrested on a U.S. extradition warrant because Huawei is suspected of evading American sanctions on Iran, according to multiple news reports. U.S. prosecutors have been investigating since 2016 whether Huawei violated U.S. export and sanctions laws by shipping U.S.-origin products to Iran.

The arrest, on the same day President Trump and China’s President Xi Jinping met for dinner in Buenos Aires for trade and national-security talks, is being viewed in China as politically motivated.

And very clearly the move made against Huawei – along with a barrage of similar legal moves made to cripple rising Chinese companies competing against their waning US counterparts – is politically motivated – as are the sanctions the US has imposed on Iran in the first place.

Part of a Wider Pattern of Trying to Provoke, Humiliate China

The probe of Huawei is similar to one that China’s ZTE Corp says is now threatening its survival.The United States last week banned American firms from selling parts and software to ZTE for seven years. Washington accused ZTE of violating an agreement on punishing employees after the company illegally shipped U.S. goods to Iran.

Nowhere on the websites of the US State Department, US Department of Treasury, or the US Justice Department is any information available regarding the alleged sanctions Huawei supposedly violated or how Huawei selling US technology to Iran allows the US to snatch Chinese citizens at Canadian airports.

China, for its part, has demanded the immediate release of Meng Wanzhou. Chinese state media portal, the Global Times in an article titled, “China urges release of Huawei executive,” would report:

Chinese officials are urging the US and Canada to clarify why Meng Wanzhou, a senior executive of Huawei Technologies, has been detained and to immediately release her, slamming the arrest as a violation of her rights.

Experts said on Thursday that Meng’s detention is a move by the US to heat up the ongoing trade war between China and the US.

The sudden and so far unexplained arrest on the same day US President Donald Trump and other high-level US representatives met with their Chinese counterparts in Buenos Aires, Argentina fits into a larger pattern of politically-motivated coercion, intimidation, and provocations that has increasingly dominated the shape of US foreign policy.

The US sanctions against Iran themselves are transparently aimed at stripping Iran of its sovereignty and influence in the Middle East and transforming the nation into either a client state of US interests or a failed state allowing the US to springboard chaos and subversion into southern Russia and beyond.

The US has leveled a myriad of sanctions against Iran since 1979 in an attempt to cripple the nation’s economy and collapse Iran’s ruling political order.

US policymakers have openly and repeatedly admitted that Iran poses no actual security threat to the United States and that attempts to pursue regime change are aimed instead solely at enhancing Washington’s unwarranted influence in the Middle East. They also have openly conspired to frame Iran through a number of schemes to justify Washington’s agenda of regime change.

In a 2009 Brookings Institution report titled, “Which Path to Persia? Options for a New American Strategy toward Iran,” US policymakers would conspire to offer Iran a peace deal they then planned to intentionally walk away from while accusing Tehran of having violated it.

The report would admit (emphasis added):

…any military operation against Iran will likely be very unpopular around the world and require the proper international context—both to ensure the logistical support the operation would require and to minimize the blowback from it. The best way to minimize international opprobrium and maximize support (however, grudging or covert) is to strike only when there is a widespread conviction that the Iranians were given but then rejected a superb offer—one so good that only a regime determined to acquire nuclear weapons and acquire them for the wrong reasons would turn it down. Under those circumstances, the United States (or Israel) could portray its operations as taken in sorrow, not anger, and at least some in the international community would conclude that the Iranians “brought it on themselves” by refusing a very good deal.

That offer would eventually manifest itself as the Joint Comprehensive Plan of Action (JCPOA) or the “Iran Nuclear Deal,” signed by China, France, Germany, the EU, Iran, Russia, the UK, and the US.

The deal stipulated that if Iran upheld commitments regarding its nuclear program, crippling US sanctions would be incrementally withdrawn.

Iran upheld its commitments, and sanctions were initially, incrementally withdrawn.

But just as US policymakers had conspired to do all along, unsubstantiated accusations were made by the US that Iran had violated the deal. The US would unilaterally withdraw from it and reinstate economic sanctions as well as secondary sanctions aimed at nations who still intended to trade with Iran.

The US also attempted to ratchet up tensions both in the form of US-sponsored political subversion and terrorism, and even threats of direct military conflict aimed at Tehran.

That the deal was proposed and signed during the administration of President Barack Obama and then upturned during Trump’s administration is a reminder of just how much unelected special interests – those that fund and direct think tanks like the Brookings Institution – dictate US foreign policy regardless of who sits in the White House.

Iran’s adherence to the JCPOA was such that the majority of the deal’s signatories have attempted to maintain the agreement despite America’s withdrawal – and put together economic workarounds for renewed and unjustified US sanctions. This has prompted more extreme measures from Washington – both against competitors like China and even allies across Europe.

If US sanctions against Iran are unjustified, then the arrest of those accused of violating them is also unjustified. It is one matter to impose unreasonable sanctions and attempt to enforce them among a nation’s own businesses and institutions – it is another to impose them upon other, sovereign nations.

The US and Canada – snatching a senior Chinese business executive – have set a dangerous precedent that will eventually backfire on the West. It is waning US economic, financial, and military power that has dragged out its confrontation with Iran for decades and allowed the rise of nations like China and the reemergence of nations like Russia upon the global stage.

While the US may calculate it can avoid serious consequences by snatching Chinese business executives today, this may not be the case in the near future as US power continues to wane globally.

By setting the precedent of snatching business leaders from other nations, the US and Canada have painted targets on the backs of their own corporate boards of directors, executives, bankers, and business leaders. They have done so in a game they are already losing, which prompted this latest episode of confrontation and provocation in the first place.

The hardliner approach Washington has taken not only endangers business between American enterprises still willing to work with companies and nations being targeted by America’s growing list of sanctioned nations and trade war opponents, it is now endangering their very safety as they travel the globe attempting to engage in business.

Even those corporations and financial institutions who shape US foreign policy including this hardliner approach may soon see themselves “snatched” after a precedent their own greed and provocations have set.

It is perhaps an irony that as the US attempts to tighten its grip on global hegemony, it finds itself increasingly isolated. Should the US fail to release Huawei’s Meng Wanzhou and make reparations for her mistreatment, a self-imposed travel ban in the form of fear of American executives being snatched and put on trial in foreign nations may emerge. Such is the fate of a nation leading a global order predicated on “might makes right” when it finds itself no longer “mightiest.”

While policymakers sell their agenda to the American public by citing a long and ever growing list of foreign enemies – in truth – Wall Street and Washington – along with their lust for power and wealth – constitute their own worst enemies.