HOME / WORLD / Requiem for an Empire: A Prequel 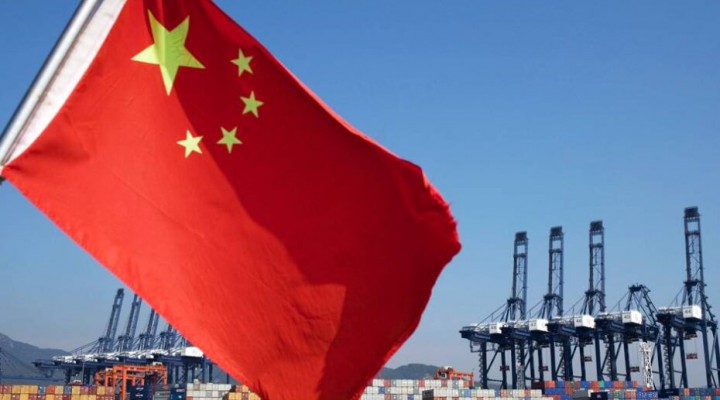 The inexorable imperial rot will go on, a tawdry affair carrying no dramatic, aesthetic pathos worthy of a Gotterdammerung.

Assaulted by cognitive dissonance across the spectrum, the now behaves as a manic depressive inmate, rotten to the core – a fate more filled with dread than having to face a revolt of the satrapies.

Only brain dead zombies now believe in its self-billed universal mission as the new Rome and the new Jerusalem. There’s no unifying culture, economy or geography knitting the core together across an “arid, desiccated, political landscape sweltering under the brassy sun of Apollonian ratiocination, devoid of passion, very masculine, and empty of human empathy.”

And then there were the unilateral 1990s, when the once again self-billed Shining City on the Hill basked in tawdry “end of history” celebrations – just as toxic neocons, gestated in the inter-war period via the gnostic cabal of New York Trotskysm, plotted their power takeover.

Today, it’s not Germany-Japan but the specter of a Russia-China-Germany entente that terrorizes the Hegemon as the Eurasian trio capable of sending American global domination to the dustbin of History.

Enter the American “strategy”. And predictably, it’s a prodigy of narrow mindedness, not even aspiring to the status of – fruitless – exercise in irony or desperation, yielding as it is from the pedestrian Carnegie Endowment, with its HQ in Think Tank Row between Dupont and Thomas Circle along Massachusetts Avenue in D.C.

Making U.S. Foreign Policy Work Better for the Middle Class is a sort of bipartisan report guiding the current, bewildered Crash Test Dummy administration. One of the 11 writers involved is none other than National Security Advisor Jake Sullivan. The notion that a global imperial strategy and – in this case – a deeply impoverished and enraged middle class share the same interests does not even qualify as a lousy joke.

With “thinkers” like these, the Hegemon does not even need Eurasian “threats”.

Yet what’s actually happening in those corridors of European power that really matter – no, baby, that ain’t Warsaw – is that not only Berlin and Paris refuse to antagonize Beijing, but mull how to get closer to Moscow without enraging the Hegemon.

So much for microwaved, Kissingerian Divide and Rule. One of the few things the notorious war criminal really got it was when he noted, after the implosion of the USSR, that without Europe “the US would become a distant island in the coastline of Eurasia”: it would dwell “in solitude, a minor status”.

Life is a drag when the (global) free lunch is over and on top of it you need to face not only the emergence of a “peer competitor” in Eurasia (copyright Zbig “Grand Chessboard” Brzezinski) but a comprehensive strategic partnership. You fear that China is eating your lunch – and dinner, and nightcap – but still you need Moscow as the designated enemy of choice, because that’s what legitimizes NATO.

Call The Three Stooges! Let’s send the Europeans to patrol the South China Sea! Let’s get those Baltic nullities plus pathetic Poles to enforce the New Iron Curtain! And let’s deploy Russophobic Britannia Rules the Waves on both fronts!

So far, Russia-China had been exhibiting infinite Daoist patience in dealing with those clowns. Not anymore.

The key players in the Heartland have clearly seen through the imperial propaganda fog; it will be a long and winding road, but the horizon will eventually unveil a Germany-Russia-China-Iran alliance rebalancing the global chessboard.

This is the ultimate Imperial Night of the Living Dead nightmare – hence these lowly American emissaries frantically scurrying around multiple latitudes trying to keep the satrapies in line.

Meanwhile, on the other side of the pond, China-Russia build submarines like there’s no tomorrow equipped with state of the art missiles – and Su-57s invite wise guys to a close conversation with a hypersonic Mr. Kinzhal.

Sergey Lavrov, like an aristocratic Grand Seigneur, took the trouble of enlightening the clowns with a between rule of law and their self-defined “rules-based international order”.

That’s too much for their collective IQ. Perhaps what they will register is that the Russian-Chinese Treaty of Good-Neighborliness, Friendship, and Cooperation, initially signed on July 16, 2001, has just been extended for five years by Presidents Putin and Xi.

As the Empire of Chaos is incrementally and inexorably expelled from the Heartland, Russia-China are jointly managing Central Asian affairs.

In the Central and South Asia connectivity conference in Tashkent, Lavrov detailed how Russia is driving “the Greater Eurasian Partnership, a unifying and integrational outline between the Atlantic and the Pacific Oceans that is as free for the movement of goods, capital, labor and services as possible and which is open to every country of the common continent of Eurasia and the integration unions created here.”

Then there’s the updated Russian National Security Strategy, which clearly outlines that building a partnership with the US and hitting win-win cooperation with the EU is an uphill struggle: “The contradictions between Russia and the West are serious and are hard to solve.” By contrast, strategic cooperation with China and India will be expanded.

Yet the defining geopolitical breakthrough in the second year of the  may well be China telling the Empire, “That’s enough”.

It started over two months ago in Anchorage, when the formidable Yang Jiechi out of the helpless American delegation. The piece de resistance came this week in Tianjin, where Vice Foreign Minister Xie Feng and his boss Wang Yi reduced mediocre imperial bureaucrat Wendy Sherman to stale dumpling status.

This searing analysis by a Chinese think tank reviewed all the key issues. Here are the highlights.

– The Americans wanted to ensure that “guardrails and boundaries” are established to avoid a deterioration of U.S.-China relations in order to “manage” the relationship responsibly. That did not work, because their approach was “terrible”.

– “Chinese Vice Foreign Minister Xie Feng hit the nail on the head when he said that the U.S. “competition, cooperation and confrontation” triad is a “blindfold” to contain and suppress China. Confrontation and containment are essential, cooperation is expedient, and competition is a discourse trap. The U.S. demands cooperation when it is in need of China, but in areas where it thinks it has an advantage, it decouples and cuts off supplies, blocks and sanctions, and is willing to clash and confront China in order to contain it.”

– Xie Feng “also presented two lists to the U.S. side, a list of 16 items requesting the U.S. side to correct its wrong policies and words and deeds toward China, and a list of 10 priority cases of China’s concern (…) if these anti-China issues caused by the U.S. side’s bent are not resolved, what is there to talk about between China and the U.S.?”

– And then, the sorbet to go with the cheesecake: Wang Yi’s three bottom lines to Washington. In a nutshell:

Will the Empire of Chaos register all of the above? Of course not. So the inexorable imperial rot will go on, a tawdry affair carrying no dramatic, aesthetic pathos worthy of a Gotterdammerung, barely eliciting even a glance from the Gods, “where they smile in secret, looking over wasted lands / Blight and famine, plague and earthquake, roaring deeps and fiery sands, / Clanging fights, and flaming towns, and sinking ships, and praying hands”, as Tennyson immortalized it. Yet what really matters, in our realpolitik realm, is that Beijing doesn’t even care. The point has been made: “The Chinese have long had enough of American arrogance, and the time when the U.S. tried to bully the Chinese is long gone.”

Now that’s the start of a brave new geopolitical world – and a prequel to an imperial requiem. Many a sequel will follow.

China Celebrates its Rise from Humiliated Colony to Global Power

China According to the West Vs. China for Real

Inflection EP08: US Containment of China: Fact or Fiction?

G7 and China Face Off on Infrastructure

0 thoughts on “Requiem for an Empire: A Prequel”