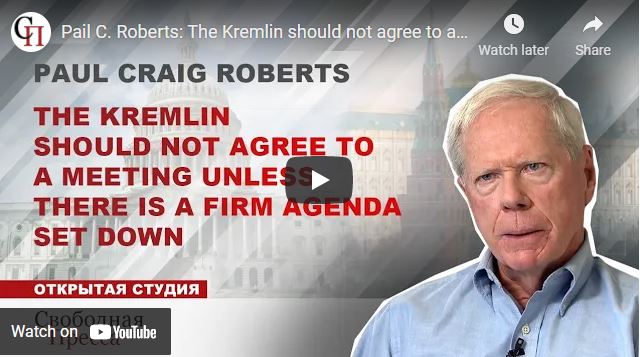 The outcome of the summit could be worse than no summit

Biden is using the meeting for re-affirmation of the Russian threat. The United States is the largest seller of weapon systems. And so, to sell weapon systems there need to be a threat. There is no indication from Washington that Washington is willing to accept Russia as an independent country with its own interests to which Washington has adjust.

In the earlier period of time I would say it was the Americans’ setting up the Russians for the military attack. But Dr. Pual Craig Roberts is convinced the Americans understand that that would be the end of the United States also.

Program “Open Studio” on the Russia-United States relations, on Moscow’s and Washington’s policy, on the summit in Geneva.