HOME / Multimedia / Podcast: Whitney Webb on the Rise of a Biotech Industrial Complex Under COVID-19 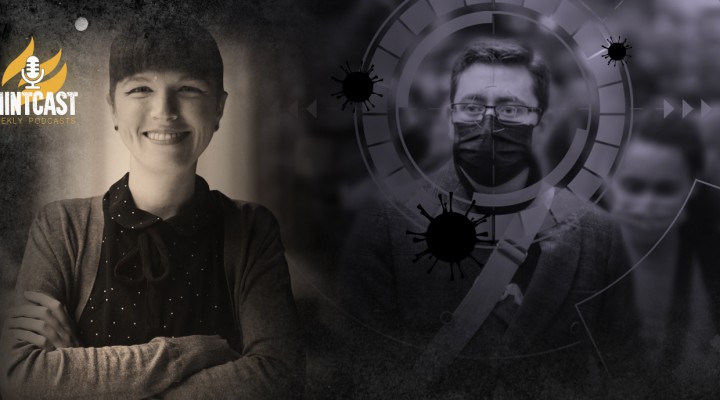 In this segment of MintCast, investigative journalist Whitney Webb unpacks the many conflicts of interests at play in the government and corporate COVID-19 response and how the search for a cure ties into a larger agenda to use public fear over the pandemic to build a techno-tyrannical state worthy of Orwell’s “1984.”

In this episode, we are joined by independent journalist Whitney Webb. Many of our readers and listeners are familiar with Webb from her extraordinary work at MintPress as a staff writer and investigative reporter. She is now a contributor and is working on her first book about Jeffery Epstein and his ties to the Deep State.

Webb recently published a series of reports on the Last American Vagabond entitled “Engineering Contagion: Amerithrax, Coronavirus and the Rise of the Biotech-Industrial Complex.” In them, she exposes the agendas of the national security state, Silicon Valley tech giants, billionaires, Big Pharma, the U.S. government’s years-long preparation for a flu-like pandemic similar to COVID-19 and how they planned to capitalize on that crisis to fulfill a vision worthy of George Orwell’s “1984.”

For decades the U.S. ‘biodefense’ programs and pandemic preparedness efforts are now rearing its ugly head as pandemic panic distracts the American and global public from the fundamentally untrustworthy, and frankly dangerous, individuals who are in control of the US government and corporate America’s response.”

While the American public is riddled with panic and fear over the spread of the coronavirus, a mass surveillance system far worse than that introduced to the nation after 9/11 is being built under the guise of protecting public health — all with public consent. The effort to normalize this plan for the greater good will expand a surveillance system that will make authoritarianism the new normal and further reduce American civil liberties.

From Jared Kushner to Bill Gates to the corruption-riddled vaccine companies tied to the opioid epidemic to Silicon Valley tech giants and their role in martial law, rolling back civil liberties and authoritarianism — Whitney Webb unpacks the many conflicts of interests at play in the government and corporate response to COVID-19. She also discusses how the search for a cure ties into a  larger agenda to use public fear over the pandemic to build a techno-tyrannical state worthy of George Orwell’s “1984.”

0 thoughts on “Podcast: Whitney Webb on the Rise of a Biotech Industrial Complex Under COVID-19”