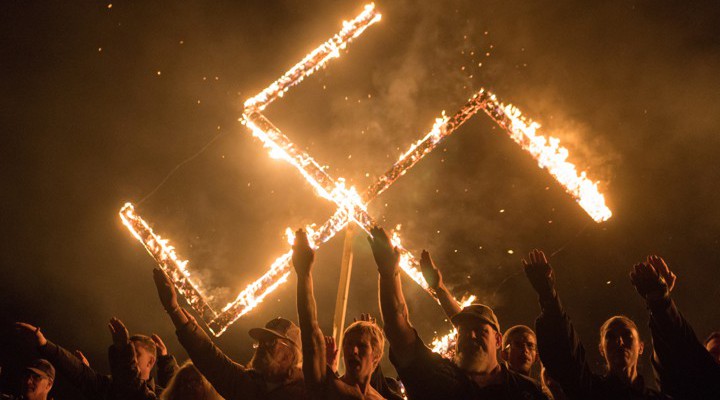 Pundits are now endorsing a massive, 9/11-type response to white nationalism. That’s not a good idea.

Many mass shootings spur pedantic debates about whether the attack “counts” as an act of terrorism. But the man who allegedly shot 22 people dead in El Paso left no doubt. According to his manifesto posted on a favorite political-extremism website minutes before the shooting, he was inspired by other recent white-nationalist terrorist attacks and hoped to stem what he called the “Hispanic invasion of Texas.”

The El Paso shooting has understandably sparked an overdue debate over what I call the “domestic-terrorism double-standard.” As I noted in a 2014 article in Politico, when Americans think of terrorism they tend to focus on the international variety, even though domestic incidents around the world have historically made up the lion’s share of attacks. This is certainly the case in the United States, and yes, I am including atrocities committed by the Ku Klux Klan.

But many are now asking why Americans since September 11, 2001, have gone ballistic on al-Qaeda, the Islamic State, and other international terrorists with an Islamist bent, while doing next to nothing to combat the terrorist next door who is typically white and hates Muslims (not to mention Jews, Hispanics, blacks, and other minorities). It has become trendy for journalists, professors, presidential candidates, and security practitioners not only to call out the domestic-terrorism double-standard, but to prescribe a massive, post-9/11-like counterterrorism response.

The Washington Post columnist Anne Applebaum questioned the hypocrisy on Twitter: “The question is when we will begin to speak about domestic, white supremacist terrorism the same way we speak about foreign, jihadi terrorism. Both are coherent ideologies, spread by the internet, exacerbated by extremist politicians. Both demand a similar response.” The Daily Beast echoed, “Now, before it grows any stronger, should be the time to move against it with the same kind of concerted international focus of attention and resources that were trained on Osama bin Laden. Now is the time for a global war on white nationalist terrorism.” The Democratic presidential candidate Pete Buttigieg is also drawing direct parallelsbetween 9/11 and the El Paso attack: “After 9/11, I joined thousands of other Americans in signing up to fight the threat to our nation. Now, in the face of white-nationalist terror, our leaders must stand up to fight this threat to our national security.” The mayor tells audiences that he “learned a lot [in Afghanistan] that sadly will be applicable here at home, too.” Former CIA and FBI practitioners are likewise specifying all sorts of ways that the post-9/11 global War on Terror can be applied to fight white-nationalist terrorists, from tracing the networks of extremists “just like we did against other terrorist groups” after 9/11 to changing our laws for us to “fight domestic terror groups … the way we treat foreign ones.” Six former senior directors for counterterrorism at the White House’s National Security Council have just released a joint statement calling on the government to go after the Timothy McVeighs as ferociously as the Osama bin Ladens. “So can we please start a war on terrorism at home now?” the Stanford political-science professor Michael McFaul tweeted after the El Paso attack.

But hold on. Is 9/11 the best model for us to aspire to replicate? Do we really want a war on terrorism at home? And what exactly would it look like? As a Columbia postdoc noted on Twitter, “In response to 9/11, we invaded a country that had nothing to do with it because they shared an ethnicity with the attackers. If we treat white supremacist violence the same way, the equivalent might be regime change in Belarus.” For the sake of consistency, we can round up some white suspects, throw them in Guantánamo Bay, and dust off the old waterboard. To put an end to the domestic-terrorism double-standard, we could also pit local terrorist organizations against one another as we did in Syria. Or maybe arm unrestrained national militaries to do the dirty work, as has been our policy in Yemen.

It’s laudable to finally call out white-nationalist terrorism in the same way as Islamist terrorism. But we should prioritize efficacy—and sanity—above consistency. The 9/11 prism is problematic not only on normative grounds but also on strategic ones.

Read: A reformed white nationalist says the worst is yet to come

Although ISIS luckily imploded due to the stupidity of its leaders, al-Qaeda “is as strong as it has ever been,” according to numerous assessments, including the most recent one by the State Department.

In this climate, we run the risk of bouncing from a longtime underreaction to a sudden overreaction to white-nationalist terrorists. Geraldo Rivera and Sean Hannity want the government to place “active-shooter trained, heavily armed security personnel every place innocents are gathered,” especially on “every floor of every school.” Talk about terrorizing children.

Perspective is important, especially when hysteria is high. The astrophysicist Neil deGrasse Tyson got ratioed on Twitter and ultimately apologized for pointing out after the El Paso attack that the number of terrorism-related fatalities is still orders of magnitude lower than the number of fatalities from car accidents, the flu, suicide, and medical errors. The poor timing of the tweet made it foolish on an emotional level. But it was nonetheless factually correct. The political scientist John Mueller has published numerous studies showing that American deaths from terrorism pale in comparison to deaths from countless other tragedies and that our massive counterterrorism investment has been excessive relative to the actual threat.

So what is the optimal response to terrorism? Regardless of the type of terrorist threat, domestic or international, counterterrorism must always strive to achieve two cross-cutting goals. The first is to neutralize existing terrorists. And the second is to do it in way that doesn’t generate new ones in the process. Whereas underreaction fails at the former, overreaction tends to fail at the latter. The key to achieving this tricky balance is to aggressively go after only legitimate terrorists, lest we inadvertently spawn future ones.

To this end, law enforcement must develop a subtle understanding of what constitutes extremism, and a thick skin. As a term, extremism is used sloppily to denote both a person’s political goals and the methods used to achieve them. There’s an important difference, though, between rooting for extreme ends and using extreme means to realize them. Chat rooms are full of people expressing sundry offensive—even reprehensible—political visions. The smart counterterrorist swallows hard and leaves them alone. But it’s interdiction time the moment the prospect of violence is even mentioned as a way forward.