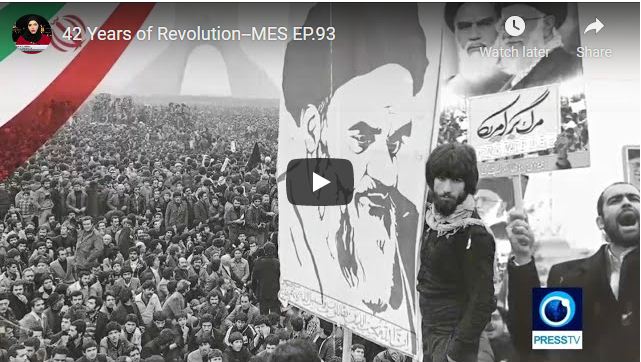 The story of the Iranian revolution is not similar to the story of other revolutions in the 20th century, as the wave of Islamic revolution swept away the Shah’s corrupt regime and brought a new political discourse, which cannot be categorized either as a communist or a capitalist. It was and always will be an Islamic Revolution.

To discuss this issue with us from Beirut is Mohamad Obeid political commentator.

The victory of the Islamic revolution in Iran revived high hopes in the region of west Asia, especially for the Palestinian people and the Lebanese people who suffered from the existence of Israel especially that Imam Khomeini’s position from Israel was clear from the very beginning. The Islamic revolution became the main force facing the Zionist project in the region and the main backer of the of the Palestinian liberation movements while helping create a regional power of allied resistance forces.

To discuss this issue with us from London is Shabbir Hasan Ali political commentator.