HOME / WORLD / US-China tensions: Who is the real threat?

US-China tensions: Who is the real threat? 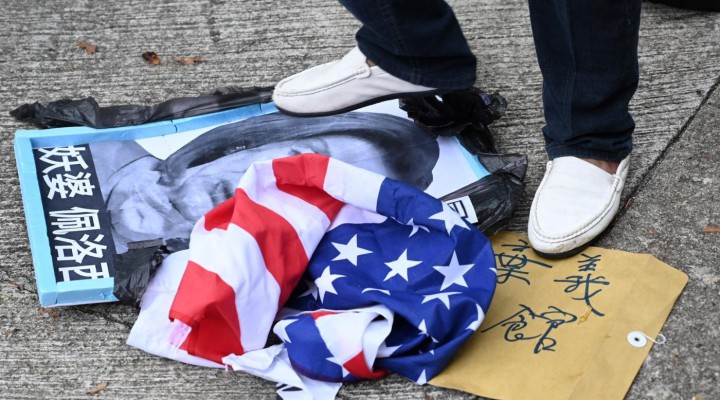 China’s rise is viewed by Washington as a challenge to its global leadership, while Beijing perceives US concerns as an attempt to constrain its global role

The US-China relationship is becoming the major geopolitical challenge of this century. Decades of strong economic interdependence, built upon established supply chains and mutual investment, are unravelling.

Tensions have spiked amid US House Speaker Nancy Pelosi’s trip to Taiwan this week. The US and China have long agreed to maintain a certain amount of ambiguity on the status of the island, with the “One China policy” implicitly recognising China’s sovereignty over Taiwan. This is all being challenged by Pelosi’s trip, regarded as a provocation by Beijing. On Taiwan, China has issued the same “red-line” warnings that Russia issued on Ukraine.

For half a century, Sino-American relations thrived. In that time, the US economy grew 18-fold, while China’s grew by a factor of 130. It was a win-win situation: US cooperation and its huge market helped China become a global economic powerhouse, while the flow of cheap Chinese goods sustained the hyper-consumerist American system, granting massive profits to its corporate sector.

But the foundations of this relationship began to erode as two realities came to the fore. First was the realisation in Washington that however much the US traded with China, it would not change the latter into a replica of US liberal democracy.

China opened its economic doors to the outside world, while keeping its political doors firmly bolted. President Xi Jinping explained why in a famous 2013 speech, where he revealed how much of a shock the collapse of the Soviet Union had been to China. To Washington, this speech smacked of betrayal.

Next came the 2008 financial crisis, which handed China the role of becoming the main engine of global economic growth. It soon became clear in Washington that China was turning into a military power that would challenge the US claim to be the world’s sole hegemon.

The result is what is defined in international relations theory as a security dilemma: China’s rise threatens the US because it challenges Washington’s global leadership and rules-based world order. On the other hand, US concerns are perceived by Beijing as an attempt to constrain its global role.

In a 2017 book, American political scientist Graham Allison presciently placed such risks in a fascinating historical matrix, which he called the Thucydides Trap – a term that harks back to the Peloponnesian War, when a rising Athens triggered a war with an increasingly concerned Sparta. In assessing 16 similar cases of rising powers in history, Allison disquietingly concluded that 12 had ended in a major war.

In short, US-China relations can be summarised as a long love affair that went sour. There was never a formal marriage, leaving in the relationship’s wake only anger and resentment. The challenge now is to stop this split from producing another global conflict.

In Washington, the debate on China is closed. No historical record or empirical evidence will change the US mindset. China-bashing is one of the few issues that still musters a bipartisan consensus in the highly polarised political landscape. Reading the minds of the Chinese leadership is far more difficult, but it is safe to guess that Beijing is reaching the same conclusion about the US.

Spurred into action by the systemic risks, US Secretary of State Antony Blinken recently laid out the Biden administration’s comprehensive China policy, which he framed as an attempt to manage the two countries’ increasing competition. Unfortunately, in US diplomacy, words often do not match intentions – not to mention actions.

Blinken explained his country’s China policy as an attempt to “defend and reform the rules-based international order”, starting with the assumption that China is “the only country with both the intent to reshape the international order and, increasingly, the economic, diplomatic, military and technological power to do it”.

With all due respect to his diplomatic skills, Blinken’s semantics hardly seem the best way to manage a competition. Is the US falling into another assumption as misguided as the one about transforming the Chinese system into a liberal democracy? Does China really intend to reshape the international order? This is possible, but the evidence to date is far from conclusive.

China’s impressive rise took place precisely within the boundaries set by the current US-led rules-based world order. Xi defended this order, and globalisation, at the 2017 World Economic Forum in Davos, even as then-US President Donald Trump had begun to question it. Why would China reshape a world order that has served it so well?

Blinken described China as an integral part of the world economy, crucial to solving “challenges from climate to Covid”, and added: “The United States and China have to deal with each other for the foreseeable future.” He also sounded reassuring when he said the US was “not looking for conflict or a new Cold War”, and that there was no intention “to block China from its role as a major power, nor to stop China… from growing their economy or advancing the interests of their people”.

It is unclear as to whether such reassurances impressed the Chinese government. After all, the US is implementing initiatives in the Indo-Pacific region – such as the Quad consultations, involving the US, Japan, India and Australia,  and the Aukus pact among the US, UK and Australia – that seem clearly aimed at containing China within a set of regional alliances and rings of US military bases positioned along crucial Chinese supply chains.

The massive US military deployment along Chinese shores is not matched by any similar Chinese deployment along US coasts. The US has around 800 military bases spread around the world; China only one, in Djibouti. It is certainly legitimate to ask who is threatening whom.

Blinken doubled down when he argued that “under President Xi, the ruling Chinese Communist Party has become more repressive at home and more aggressive abroad… advancing unlawful maritime claims in the South China Sea… [and] circumventing or breaking trade rules, harming workers and companies in the United States”. China’s standing with Russia amid the war on Ukraine did not escape Blinken’s criticism.

Unsurprisingly, China’s formal reply to Blinken’s speech was a rancorous, 25,000-word statement. If the US pushed hard, China definitely overreacted. According to Beijing, the American “China threat” narrative aims to “interfere in China’s internal affairs, and smear China’s domestic and foreign policy, all in an attempt at full-blown containment and suppression of China” – a “deceptive, hypocritical and dangerous” policy.

China’s perception is that the Biden administration’s real intention is to preserve an “international order designed to serve the US’s own interests and perpetuate its hegemony”.

Beijing goes so far as to assert that “the US itself is the largest source of disruption to the actual world order” – a provocative conclusion, buttressed by the fact that “throughout the 240-plus-year history of the US, there were only 16 years in which the US was not at war”. In addition, “since 2001, US wars and military operations in the name of counterterrorism have killed more than 900,000 people, about 335,000 of whom were civilians, injured millions and displaced tens of millions”.

The furious trading of barbs portends ill for the future. The US is rallying its European allies against China in the same way it did against Russia. The new Strategic Concept approved at the June Nato summit in Madrid asserted: “[China’s] stated ambitions and coercive policies challenge our interests, security and values”.

Recently, the heads of the FBI and MI5 issued an unprecedented, sharply worded joint statement warning of Chinese espionage, large-scale hacking and a global network of agents tasked with stealing western technology.

The West seems to be preparing to stand up to both Russian President Vladimir Putin and Xi. Will the rest of the world follow meekly in its footsteps?

Soon, Europe, which has major trade relations with China, will be faced with the same dilemma it encountered with Russia. If it adheres to tough US policy on China, its economy will experience far more significant hardships in the days ahead.

0 thoughts on “US-China tensions: Who is the real threat?”