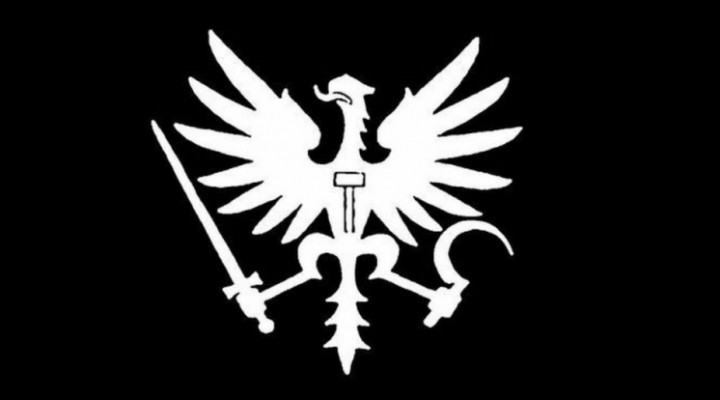 Excerpt from the book “Ordo Pluriversalis: The End of Pax Americana and the Rise of Multipolarity”, Black House Publishing, 2020.

For many years, calls for the creation of appropriate mechanisms for a sustainable development model have been voiced from high tribunes, in particular by UN representatives. In these actors’ views, such policies could lead to the eradication of conflicts and poverty in developing countries, as well as help to solve the problems of mass epidemics, access to social services, and halt the pollution of the environment, etc. “Sustainable development” has become part of the UN Millennium Development Goals program. Despite the resources expended on such and all the relevant declarations, many of these goals have not been reached, armed conflicts continue to flare up around the world, and greedy corporations still mercilessly exploit natural resources.

On this note, Corrado Poli has noted:

The Sustainable Development approach has become the sole strategy available to deal with the environmental crisis and it operates as the proxy of a missing ideology. The removal of any alternative to environmental policy is paralleled with the elimination of a century old political dialectic between capitalism and socialism. This temporary lack of conflicting comprehensive political projects has impoverished the current intellectual and political debate.1

In Poli’s opinion, “the elaboration of a political alternative – based on new social and political values related to a radically new covenant between humanity and nature – would help to recreate a new dialectic and the conditions for human progress.” Russian authors have remarked on this matter that “only later has it become clear that, in addition to ecological security, it is important to include other characteristics of the real development process, i.e., the economic, political, legal, demographic, informational, and other dimensions.”2

But the question is not only of the environment. Overall, neglect for the environment is rooted in Modernity, which gave birth to liberalism, fascism, and communism, all of which have, to different degrees, borne exploitative strategies aimed at the subjugation of nature. While liberalism provides for the exploitation of the working class through the usurpation of the means of production and the establishment of monopoly conditions, the other two theories entailed a certain subjugation of the animal and vegetate world, as the exploitation of natural resources and the acquiring of new knowledge are supposed to aid the establishment of a new society and serve the good of the nation or peoples. As shown in one of the preceding chapters, approaches to time have also influenced how society organizes its being, including political discussions and decisions. While apologists of liberal-capitalist ideology ceaselessly speak of progress supposed to improve peoples’ lives, the acute growth of industrial technologies has in fact seen peoples’ lives worsen in terms of ecological criteria (air purity, access to clean water, the manufacturing of foodstuffs with organic components, the organization of living and working space, the utilization of wastes, etc.). If we remain within the paradigm of the liberal worldview, then despite all the UN debates and the adoption of various programs for the reduction of СО2 emissions and fighting global warming, still no improvement shall follow.

If we consider nature to be part of us, then a respectful attitude towards nature can be realized only given the appropriate worldview. This demands sureness of some kind of constant that will be adhered to not only by us, but also by future generations. In the political sciences, such a current is known as conservatism. Although conservatism is well known in many different incarnations, in our case it is worth mentioning the work of one of the leaders of the Jungkonservatismus movement in Germany, Arthur Moeller van den Bruck, whom we cited in chapter five. If political projects are pursued with an eye to eternity, then states and peoples will have different goals and means than those conceivable when trying merely to keep afloat or join in on economic competition with other powers. The consideration of eternity sets the tone for taking essential political decisions which can be flexible and meet primary needs. According to Arthur Moeller van den Bruck, conservatism is a workshop, not a collection of antiquities. In the opinion of this German thinker, traditional values retain a nation’s ability to grow, and the acquisition of new values increases the vitality of a people. It is through the bearer of conservative ideas that the spirit of a nation acquires its image, as the conservative bases himself in traditional values as a unique identity.3 Of course, for this an adequate understanding of tradition is necessary. In Eugen Fink’s words: “Tradition is not only of an informative character. It does not simply inform what life is in all its rises and falls, how instincts and passions follow man, and how he is moved towards the noble and beautiful. Tradition has demands. It has many forms for its imperatives, such as the soft pressure of unspoken rules of decency, and such semantic structures as property, family, and state, sanctioned by human and divine law.”4

Unique identity is another important element for theorizing political sustainability, and this question has been raised not only in Europe, but beyond. The ideologist of the establishment of the modern state of Pakistan, Muhammad Iqbal, employed the term khudi. Although English translations of the Urdu frequently render such “Ego” or “Self Ego”, which distorts the original meaning and more often than not introduces a certain confusion, khudi in fact means “selfhood”, and is one of the key terms of Iqbal’s philosophy. Although khudi appeals directly to Islam and is reminiscent of the view of Sufi mystics (as Muhammad Iqbal said: “khudi lives in your heart”), there is a collective version of this notion as well: Ijtimayi Khudi.5 The latter is supposed to be appropriately integrated and organized into the political process, for which Iqbal uses the metaphor of music: the sound of instruments and singing must follow a certain system, or else there will be only cacophony.

When these respective thinkers were active in Germany and Pakistan, the challenges of Modernity demanded a certain reaction. In the first case, the remedy of Conservative Revolution was proposed, while in the second a rethinking of the Muslim heritage. Both ideas were born at a time when the major political currents of the era were attempting to build themselves into Modernity and become Modernist from within, thereby yielding furious attacks on traditional society and attempts at transforming society in line with their political goals.

The contemporary social dynamic, although under the sign of Post-Modernity, to no extent diminishes the mistakes of the past but, on the contrary, calls for their thorough analysis in accordance with contemporary challenges. The present social dynamic also highlights the importance of traditional values, hence the heightened interest in conservatism. In the present situation, the abandonment of identity and the neglect of selfhood are leading to the weakening of the life forces of peoples to an even greater extent than happened under Modernity. The state is becoming vulnerable not only to Western liberal hegemony, but all sorts and forms of ideological simulacra and political derivatives. Before we can begin to speak about programs for sustainable development and sustainable economics, we must first establish a base for sustainable politics, and this is possible only upon appropriately appealing to conservative thinking and, as follows, traditional systems and metaphysical practices. This, in turn, highlights the significance place of the sacred in the life of peoples and civilizations. As one recent study has noted: “Whether religious or secular, sacred values are ideas, preferences or beliefs that people refuse to measure along material scales, typically evidenced by a refusal to trade off for economic (for example, money), social (for example, status) or other material benefits.”6 These values are persistently being preserved and transmitted from generation to generation, including even in Western countries despite the social erosion caused by globalization that has penetrated all distant corners of our planet. The hermeneutics of religious texts is also useful to substantiating a new approach to politics on the basis of conservative values. In the Bible, it is said in Isaiah 11:6 that “The wolf also shall dwell with the lamb, and the leopard shall lie down with the kid; and the calf and the young lion and the fatling together; and a little child shall lead them.” Is this not an interpretation of the coexistence of cultures and civilization? Perhaps the main question on this matter remains how to correctly institutionalize the relevant political mechanisms in different societies for arriving at genuinely sustainable politics through consensus.

0 thoughts on “On Sustainable Politics”