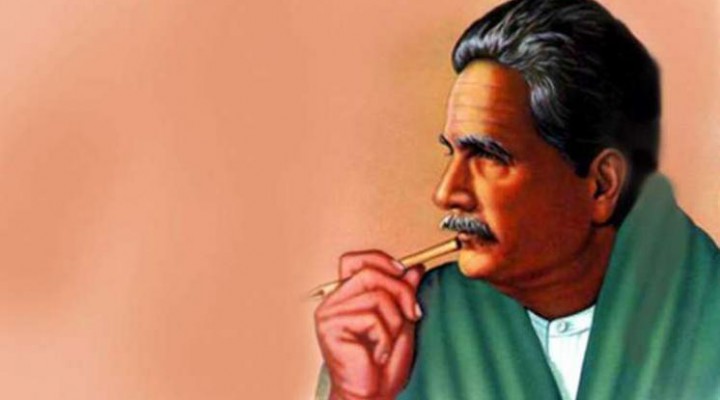 In his work, Islam, Ethnicity and Leadership in South Asia, first published in 1986, the famous Pakistani scholar Akbar Salahuddin Ahmed proposed an interesting model for interpreting Pakistani society, which displays an Indo-European consciousness focused on the search for structures whose elements can be discerned and distributed along a hierarchical model. In particular, Akbar Salahuddin Ahmed distinguishes three categories bearing distinctive features. Category A is associated with traditional Sunni Islam, Pakistan’s historical ties with the Arab world, the influence of Saudi Arabia (and Wahhabism), and a number of formalities concerning the interpretation of the Quran. Category A includes all social life and culture as codified by Islam. Akbar Salahuddin Ahmed thus draws a line to connect Aurangzeb and Shah Waliullah to Mawlana Maududi and his Jamat-e-Islami party, as well as General Zia-ul-Haq, who pursued pro-Islamic reforms.

Category B represents the popular layers and Sufi Islam. In a broader sense, this is the culture of syncretism, in which ethnic traditions superimpose themselves upon the Muslim way of life, hence also the distinct predisposition towards mysticism and and linguistic diversity in Pakistan. Islam itself does not set clear boarders and can be combined with political theories, such as socialism (here it is worth remembering the ideas of the Iranian philosopher Ali Shariati’s “red Shiism”). Historically, Category B is represented by such figures as Dara Shukoh Wali, and Ghalib, and politically its modern manifestation was Zulfikar Ali Bhutto and his Peoples Party.

Category C is a relatively new phenomenon, related to Modernism and the imitation of Western political traditions (due in part to the legacy of British colonial policy). Category C is manifested in secularism and civic nationalism, and was represented by the first President Muhammad Ali Jinnah and Ayub Khan. It is unlikely that Inamullah Khawaja would agree with this opinion. In his book, The Creation of Pakistan, he argues that an examination of Muhammad Jinnah’s speeches and historical documents shows that he can be attributed only one phrase, uttered in a specific context, to the effect that Pakistan is a place for people of all religions who are free to pray as they wish. Inamullah Khawaja believes that Jinnah’s ideal was none other than theocentric Islamic state. Nevertheless, if we take into consideration that nationalism is a European, secular phenomenon, then the application of the theory of two nations to a certain extent justifies Muhammad Ali Jinnah’s assignment to Category C. Although the secular element is quite significant in modern Pakistan, Category A is not as manifest as it was in the 1970’s and ‘80s, Sufism is still practiced, and contradictions regularly arise which different political forces interpret from their own positions.

Akbar Salahuddin Ahmed suggests that only when all three of these categories will be reconciled with one another can issues of religion, ethnicity, and statehood be resolved. However, I am immediately struck by one detail: Why does Akbar Salahuddin Ahmed not assign Muhammad Iqbal to any category?

This can hardly be called an ordinary omission. Why could he not determine Iqbal’s relation to any of these categories? Iqbal does not fit into Category A, insofar as he put forth innovative philosophical interpretations which do not fit into the literal interpretation of the Quran which is typical of fundamentalists. Although he did read Rumi and his poetry can be said to have borne a certain Sufi influence, Iqbal does not fit into Category B with Sufism either, insofar as Muhammad Iqbal himself criticized Sufism for introducing a dichotomy between Sharia and Tariqa and accused Sufism of being detached from worldly concerns. As a matter of course, Iqbal does not fit into Category C, since his aim was to create a new Muslim society through rebirth (Tajdeed). Nevertheless, Muhammad Iqbal cannot but represent a certain category, even if his ideas are too high and have not found practical application. However, we cannot assign him a syncretic type in which A, B, and C are united. Instead, we shall discern a separate trajectory – “D.” Akbar Salahuddin Ahmed kept silent on this question. For our part, we can propose that the triumph of Iqbal’s ideas in practice still lies ahead, even if he is already part of the pantheon of the world’s
greatest philosophers.

There have been similar cases in history in which ideological and philosophico-political projects were postponed indefinitely due to their authors’ being ahead of their time. Eurasianity is one example. Created a hundred years ago by Russian emigrants in Europe, Eurasianity is now the de facto ideational foundation of the integration of the post-Soviet space by means of the Eurasian Economic Union. Although this has not been legally encoded, it is easy to trace the continuity between classical Eurasianity and contemporary Russia’s foreign policy strategy. But a hundred years ago, Eurasianity remained a mere set of colorful and original ideas. These ideas were listened to, developed, and criticized, but they could not find incarnation for the simple reason that, in their own time, a most fierce struggle was raging between the two main dominant ideologies. Similar to the tripartite proposal for interpreting the structure of Pakistani society, at the time there were three projects at large: Liberalism (Western secularism, the bourgeois-capitalist system, parliamentary democracy), socialism (Marxism, Communism, Soviet power), and nationalism (fascism).

It is significant that the Eurasianists rejected all three of these projects (and political theories), and even exposed their disastrous nature. The Eurasianists also predicted the collapse of the Soviet Union from the very onset of its establishment. The Eurasianists discussed the importance of religion to the life of the people and the state, and the Eurasianists insisted on the peaceful coexistence of cultures and ethnoi. Although the Eurasianist movement proper existed only during the interwar period, it found successors in the Soviet Union and now in contemporary Russia. Of extreme interest in this regard are the ideas of the philosopher Alexander Dugin, who has proposed the model of a Fourth Political Theory. This variation of “society D” continues the line of classical Eurasianity and rejects the three historical political theories of Liberalism, Fascism, and Communism. If Muhammad Iqbal spoke of the need to obtain the collective self (Ijtimayi Khudi) for a new society, then Professor Dugin is employing the terminology of the German philosopher Martin Heidegger in speaking about the Selbst and Dasein.

The notions of Ijtimayi Khudi and Dasein are very close to one another even though they are expressed in different philosophical-intellectual traditions.

We would like to point out that Muhammad Iqbal was well acquainted with German philosophy and literature, which he studied during his stay in Germany. The works of Friedrich Nietzsche influenced both Martin Heidegger and this Pakistani philosopher. However, we should not rush to make comparisons or to pursue similar sources of inspiration. For now, we ought to focus on the following hypothesis: Can Muhammad Iqbal be seen as representing an Asian type of Eurasianity that has developed independently, following its own path with an emphasis on Islam (just as the Russian Eurasianists were oriented towards Eastern Orhtodox Christianity)? I think that this question poses good occasion for Russian and Pakistani intellectuals to hold fruitful discussions which will bear not only an important theoretical side but will also, in light of the active cooperation between our two countries and amidst the current rapid shift in the international order, produce practical results.

The Future Prospects of Cooperation Between Russia and Pakistan

Pakistan at a Crossroads

0 thoughts on “Muhammad Iqbal, Eurasianity, and the Fourth Way”