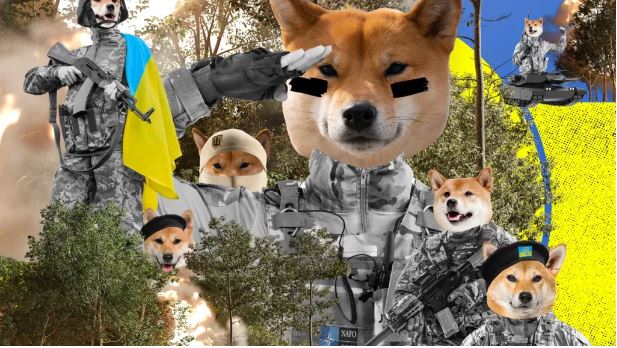 On October 5, 2022 at the Washington Center for Strategic and International Studies a round table entitled “NAFO and Winning the Information War: Lessons Learned from Ukraine” was held.

Any information activities that are considered successful in the countries of the NATO bloc try to replicate and apply in further work. Therefore, the emergence of such a strange NATO ally called the North Atlantic Fellas Organization and its recognition as an important element of the Western military-propaganda machine indicates that the US and its satellites in Europe will expand this experience. Therefore, we should get ready for the next information provocations, trolling and so on.

In the press release of the mentioned Center, NAFO was described as “an organic online group of supporters of the pro-Ukrainian position which attracted the attention of politicians and world leaders for their creative use of digital media to combat the key sources of Russian disinformation”.

Obviously, this is not about fighting disinformation, as stated, but about trying to devalue and “cancel” official information and various facts that are made public by the Russian side. And this will be clear from a brief introduction to the NAFO’s working methods.

The organization is believed to have been created on May 24, when the first tweet was made. One of the main symbols of NAFO is the image of a Japanese dog breed Shiba Inu which was drawn by an artist under the nickname Kama. Supporters of Ukraine began to use it as their avatars on social networks. Various memes with this image are spreading.

Then there were images with American anti-tank systems Javelin stylized as icons with the Virgin Mary (although this is blatant blasphemy). As well as other images of saints, on which Christian Boris, a Canadian journalist with Ukrainian roots, began to parasitize. Having quickly realized that there was a demand for inspirational symbols, he set up a website Saint Javelin, where one can buy a variety of souvenir products with similar attributes.

The proceeds (not all of them, of course; Christian Boris is clearly making good money in this dashy business) go toward the purchase of equipment and ammunition for the Ukrainian armed forces and neo-Nazi militarized groups.

These two areas – fundraising and spreading messages in the form of memes or comments – are the basis of the NAFO’s work which is conducted by Ukrainian neo-Nazis and their supporters in Western countries. And this process is led by real specialists of information operations. The website of the Center for Strategic and International Studies states that the co-founder of NAFO is Matt Moores, a former member of the U.S. Marine Corps.

The U.S. Marine Corps footprint in this activity is not accidental. Rather, it is even logical. It was U.S. Marine Corps Major Michael Prosser who proposed the concept of memetic warfare back in 2006. He argued that using the logical progression of the relationship of memes to ideas and political beliefs, any attack on an ideology must consider an attack on a central or transcendent idea or set of ideas as a means to success. Further, memes as ideas play as tools (or means) for attacking an ideology.

Prosser proposed the analogy that ideologies have the same theoretical characteristics as diseases (in particular, as complex adaptive systems). Ideology should then be recognized as a disease, and memes as a method of spreading it.

In the meantime, memetic warfare methods have advanced considerably and have been adopted within NATO. Here, too, the memes created in the NAFO are aimed at replacing or devaluing content that is labeled as enemy ideology. And the Internet is the field where this information warfare is waged.

Politico noted that “delving into NAFO is a crash course in how online communities from the Islamic State to the far-right Boogaloo movement and that motley gang of online warriors have turned Internet culture into weapons”. The same article includes comments by Ivana Stradner of the right-wing Washington-based think tank Foundation for Defense of Democracies, who says she “feels like a civilian propagandist for the NAFO”.

In September 2022, the Washington Post pointed out that the NAFO’s work is a trolling war which in itself is nothing new. The publication quoted Eliot Higgins, the founder of the famous website Bellingcat, associated with the British intelligence services. He tweeted that he would talk about NAFO at the conference “as an example of online communities responding organically to disinformation from governments and communities that contradict the facts”, adding that it was “good for morale”.

Obviously, this is a one-sided understanding of information flows. Structures like Bellingcat and other creatures of Western intelligence services try to silence both the Russian media and any alternative news sources in the West.

But how exactly are they doing it?

All Western observers are unanimous that the NAFO bases its work on so-called shitposting, that is publishing deliberately aggressive, ironic and low-quality trolling messages or content on online forums and social networks. A key feature of shitposting is that the commenter knows full well that he or she is posting nonsense.

NAFO propagandists simply make comments under official statements in an attempt to make them meaningless. Or they use vulgar slogans such as “the Russian ship – f*ck you” to diminish the value of such content or the discussion that unfolds in the comments.

In this regard, the British publication The Economist writes that “in many ways, NAFO’s flippancy obscures its role as a remarkably successful form of information warfare”.

Tellingly, all of these schitposting techniques do not work in countries with a strong conservative culture. That is where society preserves the foundations of high culture and does not allow it to degrade. But in Ukraine and in the West, such vulgar memes have gone viral, which shows a serious regression, no matter how much they talk about “morale”. How can we not recall the ongoing attempts of neoliberals in the US and the EU to promote the “cancel culture” in all its manifestations – from new frantic theories (clearly directed against certain social or political groups) to the rejection of their own history?

And the NAFO’s work in this respect is exemplary. After all, all of their memes and xenophobic jokes are only a visible narrative that is important to get out to the masses “that are in the clutches of harsh censorship. But behind this semiotics there are destructive psychological hooks. Shiba Inu’s dog is deliberately positioned as gender-neutral. On the surface it is to be used by both genders to spread pro-Ukrainian propaganda. On the deeper level, it is to promote the LGBT theme. The “holy javelin”| line is nothing less than a mockery of Christian imagery.

And all of this is done with subconscious-level hate cultivation. And if we consider that the key authors of the most common memes are not natives of modern Ukraine, then reading the symbols and memes of the NAFO once again confirms that for the West the people of Ukraine are just material to be used to weaken Russia. And all these memes make them even more stupid. And stupid masses are easier to control.