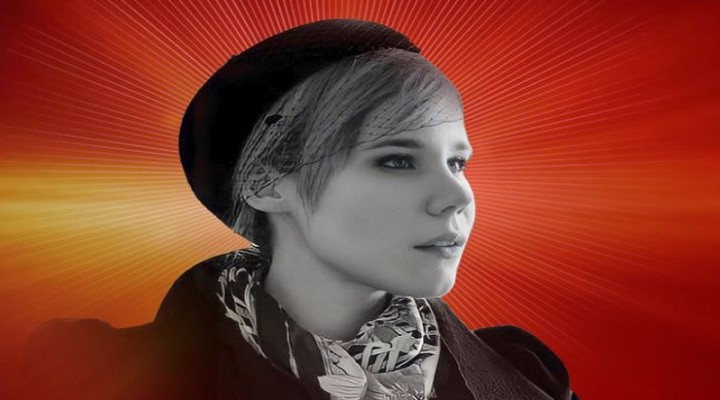 The common thread tying these kooky explanations of last weekend’s terrorist attack together is that they all go to great lengths to deflect from Kiev’s complicity, yet that fascist regime’s mask just slipped after its Ambassador to Kazakhstan told local media about his government’s genocidal plans.

The FSB confirmed that Darya Dugina was assassinated by a Ukrainian special agent who infiltrated Russia under the cover of being a single-mother refugee from Donbass. She reportedly entered the country with falsified documents, spied on her for nearly a month after renting an apartment in the same building, and might even have used her teenage daughter to plant the bomb. The terrorist is considered to be a member of the banned Neo-Nazi Azov Battalion and is thought to have escaped to neighboring Estonia, which Russia asked to extradite her even though that’s unlikely to happen.

These are the facts as they objectively exist as revealed from the official investigation thus far, yet some in the West have taken to concocting several conspiracy theories about her assassination in order to mislead their targeted audience about Kiev’s complicity. In fact, these false narratives were preemptively introduced prior to the earlier mentioned findings being shared with the public for the purpose of sowing the seeds of confusion. Examples abound on social media and are mostly shared by NAFO trolls, but some influential forces have also jumped on the propaganda bandwagon.

US-funded Russia expert Kamil Galeev, who became infamous after sharing a treasonous and pro-terrorist thread on Twitter, speculated that the Kremlin, the European far-right, and/or interest groups in Russia might have been behind Darya’s assassination. US Helsinki Commission advisor Arthur Paul Massaro III, who was recently banned from Russia because of his hostile lobbying, threw a bone to his many NAFO followers by blaming the FSB. Amidst all of this, Newsweek amplified a Ukrainian-based marginal former Russian politician’s conspiracy theory about an imaginary “resistance group”.

The most influential fake news propagator, however, is indisputably the BBC. This British outlet gave a platform to Ekaterina Shulman, who’s a designated foreign agent that previously left Russia. They deceptively declined to inform their audience of her official designation in their article about her conspiracy theory very strongly implying that Darya’s own government killed her in order to ramp up support for an internal crackdown despite having previously reported about it on their site. Shulman also ridiculously hinted that many media figures were earlier tipped off about this supposed inside job.

The common thread tying these kooky explanations of last weekend’s terrorist attack together is that they all go to great lengths to deflect from Kiev’s complicity, yet that fascist regime’s mask just slipped after its Ambassador to Kazakhstan told local media about his government’s genocidal plans. In his own words, “We are trying to kill as many [Russians] as possible. The more Russians we kill now, the fewer our children will have to. That’s it.” Although not directly admitting it, the timing of his statement can easily be interpreted as innuendo that Kiev carried out Darya’s assassination despite officially denying it.

That crumbling former Soviet Republic’s foreign patrons are panicking because they correctly predict that the evidence that’s emerging from the FSB’s investigation will unquestionably confirm that it’s Kiev and not Russia that’s the real state sponsor of terrorism. In fact, Moscow appears to be preparing to share its findings more widely with the world as strongly suggested by the condolences that President Putin just sent to Darya’s father, the philosopher and political scientist Alexander Dugin, which preceded Russian Ambassador to the UN Vasily Nebenzya vowing to discuss her killing at the UNSC on Tuesday.

There’s no such thing as the so-called “perfect crime” so it was inevitable that the evidence that’s now emerging would confirm Kiev’s complicity in Darya’s assassination, which in turn completely discredits the US-led West’s proxies in that Eastern European country, thus further contributing to the erosion of the “official narrative” about the Ukrainian Conflict. Presciently foreseeing this scenario, Western influencers sought to preemptively shape popular perceptions through the propagation of false narratives ridiculously blaming everyone but their fascist allies for this terrorist attack.

It’s unlikely, however, that any of their target audience even believes the nonsense that those voices are spewing. Their conspiracy theories so kooky and aggressively propagated that they come off as insincere even among those observers who might not have any previous knowledge of the situation and/or those individuals’ blind bias in support of Kiev. At all costs to their already sordid reputations, they’re obsessed with obfuscating the facts surrounding this case in order to push the crackpot theory that Russia itself was behind Darya’s assassination and that it’s “deep state” is thus irredeemably divided.

The truth is altogether different, as is always the case, since “The Russian Deep State Is United Like Never Before” without any cracks within or between the members of its permanent military, intelligence, and diplomatic bureaucracies. Nevertheless, the increasingly desperate panic that these Western influencers are experiencing as Russia continues sharing evidence implicating Kiev in Darya’s assassination – and thus shattering their target audience’s false perceptions about their governments’ proxies – provides the chance for them to make one last-ditch shot at pushing this larger conspiracy.

Having exposed the true motivations behind these folks’ perception management operations after deconstructing their conspiracy theories about Darya’s assassination, it’s much easier to understand what they’re up to. It wasn’t even that they were tipped off ahead of time about this terrorist attack, but simply that they immediately knew how to react upon it being reported with respect to preemptively propagating false narratives in order to obfuscate the facts from the investigation that would inevitably prove Kiev’s complicity, which is obvious to all objective observers at this point.

To that end, they’re heavily relying on the larger conspiracy theory that was earlier discredited by subsequent developments alleging that Russia’s “deep state” is irredeemably divided and that rogue forces within it might even be plotting to overthrow President Putin. The only reason why they’d incorporate that unconvincing speculation into their latest narrative is because they literally have no other recourse absent simply telling the truth by admitting Kiev’s complicity. All that they’re doing is further discrediting themselves and their side, though, which inadvertently advances Russia’s interests.