HOME / WORLD / Trump’s Mob: Back in DC, Stoked up on Methamphetamines’ again, Should we simply ‘Kill them all and let God sort them out?’ 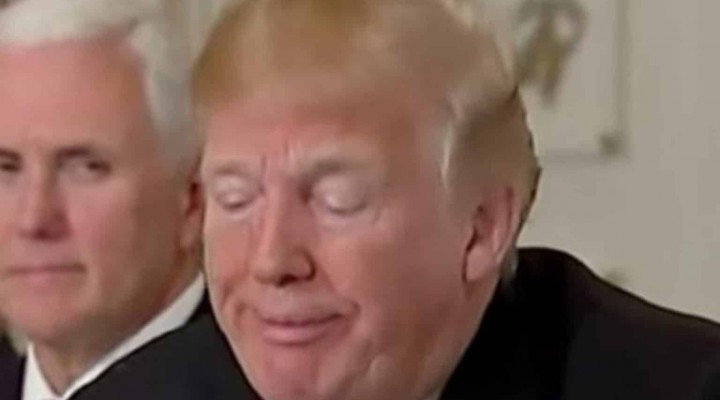 Hilarious…Google moving the counter backwards on another VT article that just hit 14,000 reads in an hour…

When Trump’s army gets to DC, the Kosher Nostra financed fake miltias and patriot groups, the ones the GOP took on recon tours of the Capitol before the last attack, will be doling out “doses” from their stockpile of, according to DEA sources, 100 pounds of meth and crack cocaine.

This drug trade, partnered with the Gulf and Sinaloa Cartels, is the real business behind fake patriotism and the real basis for many GOP members of congress, who really work for the cartels.  Proof is below, absolute proof.

Decades of Kosher Nostra rule has left 45 million Americans addicted to narcotics and paranoid fantasies.  These are white folks who used to be able to hold jobs in union factories that don’t exist since the GOP sent them all overseas to improve profits.

We are getting a good look at those who tried to overthrow the country, maybe 1000 people of a crowd of 6000 out of 350 million.  Today 30,000 fully armed police and military with orders “shoot to kill” await their return to Washington.

Do we really want them dead?  Truth is, we have been profiling these folks and one common denominator runs true, they seem to want themselves dead.  All, not most but all, have histories of instability, from chronic depression to learning disabilities, some with PTSD, most with drug problems, that and alcohol.

The other issue is low intelligence.  Exacerbating this, I am certain, is COVID 19, which has left every one of us less than we are, 393,000 dead as of today (the real count), it has taken the most vulnerable and left them holding on to sanity with little success.

Let’s face it, crazy hit this country with the Puritans.  It didn’t need Newt Gingrich, John Bolton or John Hagee.  In the 30s we had real populists.  We had Father Coughlin, Charles Lindbergh, Gerald LK Smith and Huey Long, many others.  Study them.

Read the works of Gerald LK Smith and his “Cross and the Flag” publication.  I did my thesis on this crap at the demand of a CIA recruiter/academic.  It took me a long time to figure out why.

Learn about reconstruction and the rise and “rerise” of the Klan as it melded with the corporate thugs who took over the American Legion and turned it into the real American Nazi Party.  Read some Herman Hesse, understand 1918 and the fear that civilization ended (Damien by Hesse in particular).

You simply can’t get through this without a real education.  It has left almost all our fake “smart people” unprepared.  No one writing about the Trump phenom understands what it is about and how we got here.

I grew up in Detroit.  Mom was the daughter of a Kentucky coal miner, dad drove trucks during the 20s and 30s.  (18 year age difference.)  The family communicated in English mostly with German, Russian, Polish and a smattering of Yiddish.  All Germans used to speak Yiddish as well, not just Jews.  That culture is almost gone too, and it had much to offer.

Europe’s upheavals of the 19th century defined the US, not just the famines of Ireland but the extreme ethnic conflicts that sent millions of Germans, Poles and Italians here.  Without knowing about these things, you can’t know America.  Without knowing America you can never know why so many broken people are here and why they do the self destructive things they do.

VT too often focuses on how only bad people know our history and how they wage psychological warfare against us with knowledge we no longer retain.  They know our history, our fears and weaknesses, they study us, using millions from our own defense budget and war on us.

Leading that war is Google Corporation and its Idea Groups/Jigsaw, and the dozens of tech companies and defense contractors that partner with them under the ownership of Kosher Nostra hedge fund managers funded by gangster oligarchs that say they love Israel.

Our studies at VT on real freemasonry and pre-luciferianism and the potential for real non-corporeal interference in our lives, now manifesting itself with the pure evil many if not most of us are now seeing…

OK, let’s start with my ‘yesterday.’  I have a summer home in Michigan, Betsy DeVos is my neighbor along with lots of other despicable assholes and even more really nice folks.  Our entire county is 98% white.  We are the nations GOP stronghold but this year, the 3rd Coasters voted Biden by a bit.  Inland, something else…right out of The Texas Chainsaw Massacre.

These are small communities with extremist churches, pig farmers, real pedophiles, religious extremist groups from Norway, the Netherlands and Denmark that settled in the 1840s and began to rabidly inbreed.  The results can be seen at Farm and Fleet.  Double ouch!

They are still flying their tattered Trump flags. OK, yesterday.

We went to the local township offices.  They were locked up.  I live in the middle of nowhere and there is no civil disorder here.  We have no crime.  None.  We don’t even have litter.

I moved Jim Dean out here a couple of years ago.  Things are insanely neat and orderly, we make Germans look like slobs. (I have a place in Germany…where people get beaten to death for messy recycling.)

Germany is much friendlier than here and Germany isn’t that friendly.

OK, the township offices were not only locked but protected by 3 police cars, manned, engines running.  We were locked down because of the Trump insurrection threat.  Threats from the Lake Macatawa Militia?  Our primary problem is 20 foot waves washing tourists off our breakwaters into Lake Michigan.  They are never found…ever and this happens all the time.

Then I headed into town, 60 miles, to buy things I don’t need simply because I don’t want to watch congress.  We have some really dumb people in congress, not just medium very dumb Mitch or Lindsey but some really bad bad people.  We also have some very good ones and wonder why they don’t go crazy and kill the others.

I wonder that all the time.  I refused a seat in congress (really) for that reason.  I wouldn’t shoot someone but I would certainly have hit some folks, like they do down in Texas.

Spent some time there.  Texas is crazy but I love “Texas crazy.”  They do crazy there with style.  I can excuse that.  Other places, not so much.

Anyway, while driving in, I passed a convoy heading to Washington.  Pickup trucks, some with half-century old campers slung on the back, loaded with Molotov cocktails and fake TacticalShit.Com gear (not a recommendation).

Poor hygiene and bad grooming, I think we all saw that.  As things go on and I look at what the police went through, those that weren’t traitors and cowards, I would give them all medals or more.  I think they should file an action against Trump, Jones, Giuliani for millions apiece, they deserve it.

First of all, nobody really believes they are ‘saving the republic’ by trying to keep a Russian asset in the White House.  For sure, and I know this with absolute certainty, Donald Trump was listed by the CIA as a Russia asset in 1991.

What we call “the Russians” (nobody can really define the term) are playing a long game against the US for world domination.  Russia doesn’t need to conquer the world, they gave up on that a long time ago.  However, back in the 90s, they devised a plant to take the easy way out, all they needed to do was take over the US.

They cut a deal with Israel, and brought in “big gun” Rupert Murdoch, their propaganda minister who bought his way into the mob controlled GOP.  The GOP had, in 1991, started taking massive payoffs through the cash stolen from Leo Wanta, money he had bilked out of the Soviet Union as part of his program with Reagan.

That money went into offshore accounts in the Caymans…

Here’s a reference to the many on the recordings with me discussing the GOP’s Kosher Nostra slush funds:

The point being, the GOP, before Trump, was already totally corrupted, ostensibly as ‘Israeli firsters,’ with every GOP member of congress taking most of their cash from gambling boss Sheldon Adelson.  He bought them all, governors, senators, and his every order was a betrayal of everything any real American should love and value.

So, we have the vehicles lined up, rusted Dodge Durangos festooned with NRA, Trump and anti-government stickers, the drivers, bearded, most methamphetamine driven.  BTW, our oathie groups were passing out methamphetamine on January 6.  You saw those huge fat guys bouncing around beating cops with lead pipes and rebar?  That was meth.

Let’s look at some hard truths.

Some, like the weaklings who tried to find good in Trump’s malevolence, want to forgive and forget Trump supporters.  That just isn’t going to work.  Those who voted for him, worst of all those who still back him, need to be ostracized from our lives.

Their lack of humanity is inexcusable.  Embracing racism, hatred of immigrants and their being drawn to a bumbling tyrant defines them now and forever.  They are a poison and need to be eradicated, but we can’t do that.  We can only isolate them from our lives.

Those who try to reason with them know, there is no reasoning with this level of evil.  Trump’s followers, those who voted for him are evil, you can’t deny it, you can’t fix it, they were born evil, they will die evil and they can’t be part of our lives, our families, and certainly not of a free nation.

This can’t be fixed, and I, above all, hate saying this.  Is insanity an excuse?  You decide.

0 thoughts on “Trump’s Mob: Back in DC, Stoked up on Methamphetamines’ again, Should we simply ‘Kill them all and let God sort them out?’”