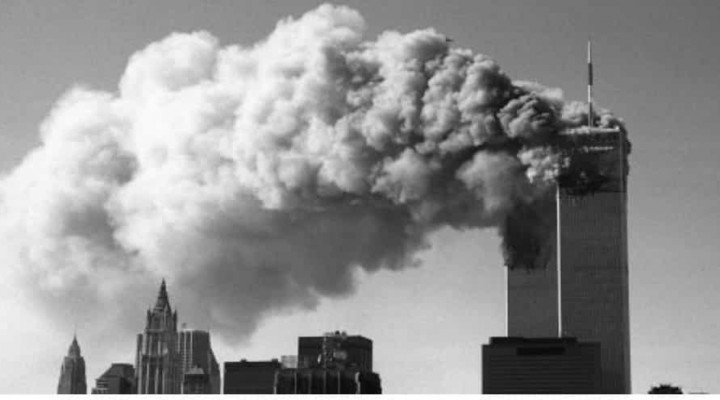 Remember the cover story?  Osama bin Laden wanted the US out of Saudi Arabia because troops were likely to disgrace the holy places of Islam?

No excuses, the facts are here, no nanothermite, no games, no paid disinformation, just the facts, read them and awaken.

He supposedly sent al Qaeda to Hamburg, then to Canada and then to the US where they hijacked 7 planes with box cutters, tossing passports out the window.

When the WTC was hit, a couple of thousand workers died and several hundred first responders.  NYC is the largest Jewish city outside Israel.  Most of the workers, many many thousands, worked at the WTC, making up a clear majority of employees.

None were killed.  One partially Jewish janitor died…then 6 others from “side effects” but not the 20,000 who should have all been at work at the time the “planes hit.”

Anyone who repeated the story of a warning to Jews working there to “not show up” was attacked, fired from jobs, taken off the air and smeared by the ADL.

Yet it is true.

What nation was blamed?  A Jewish judge in New York officially blamed Iran, citing 8 billion in damages despite NO evidence whatsoever.

Israel did it with nuclear weapons.

Just like the bombed Damascus (May 2013) with nuclear weapons.

We know why Israel did it, to make billions in insurance for top MAGA/MEGA elites, to take control of the US and to make the US destroy their potential enemies in the Middle East.

For some in Israel, these were good things and we can understand why they would want to murder up to 6 million innocent people to promote Jewish security.

What we can’t understand is this, why Americans are so fucking dense?

The 19th Anniversary of the Deep State Attack On America