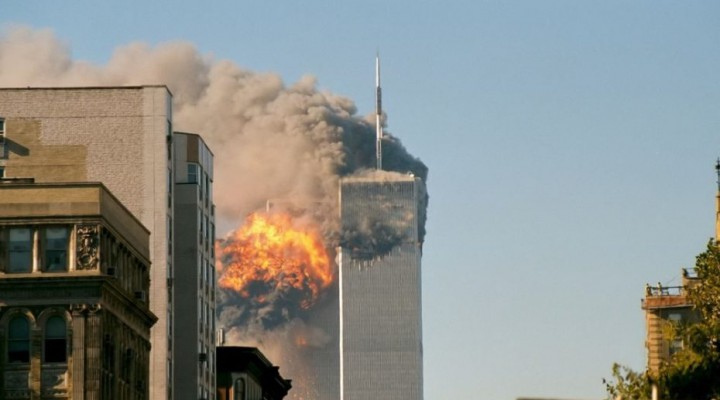 The debate over what actually occurred on 9/11 and, more to the point, who might have been behind it, continues to preoccupy many observers worldwide. There is considerable legitimate concern that the commission that reviewed the incident engaged in a cover-up designed either to excuse a catastrophic failure on the part of the United States’ national security apparatus, or even connivance of federal agencies in the attack itself. And then there is the issue of possible foreign government involvement. The roles of the Saudi Arabian, Israeli and Pakistani governments and security services has never been adequately investigated in spite of the fact that all three countries had clear involvement with the mostly Saudi individuals who have been identified as the attackers. Beyond that, Israel had intelligence operatives that appeared to be celebrating the fall of the twin towers in real time, an involvement in what took place that has never been comprehensively looked at by .law enforcement due to unwillingness to offend the Israelis.

It was Saudi Arabia which had the most sustained and personal contact with some of the alleged hijackers. For years, families of victims have been seeking to find out more about the possible Saudi role, admittedly so they can sue the Kingdom in US courts under existing anti-terrorism legislation that dates from 2016 and is referred to as the Justice Against Sponsors of Terrorism Act. The Act permits lawsuits in the US directed against any country whose government supports international terrorism.

The plaintiffs have won something of a victory recently with the Trump administration decision to declassify a key name of a Saudi official who has been long sought by the relatives of the victims. Under the terms of the information release, the government as well as the victims’ lawyers, who received the name under a “protective order,” have not been allowed to expose the name publicly.

The declassified name, which came from an FBI investigative file, is, however, only a partial victory for the group that goes by the name 9/11 Families & Survivors United for Justice Against Terrorism. The release of other documents relating to the Saudi role is pending, possibly due to the Trump White House’s insistence on maintaining good relations with the Kingdom and more particularly with its Crown Prince Mohammed bin Salman, but the plaintiffs wonder how it is possible that information on the attack should still be classified more than eighteen years after the fact.

The name of the official is nevertheless important, even a “top priority,” because it is believed that he was a senior intelligence officer who was meeting with two men who may have assisted the alleged hijackers. The FBI even refers to it as “the primary piece of information that the plaintiffs in the 9/11 litigation have been seeking.”

The Saudi Embassy in Washington has not commented on the report and the White House referred inquiries to the Justice Department, which did not comment beyond stating that it had been a top-level decision not to invoke the so-called “state secrets” privilege to keep the information classified.

Previous exposure of a possible Saudi role in 9/11 came with the release of the redacted “28 pages” of the 9/11 report on July 15, 2016. To be sure there were extensive deletions from the text to protect names and sources, but the document produced by the White House was at the time reported to be largely complete. CIA Director John Brennan provided some damage control prior to the release by arguing that much of the information contained in the redacted section consisted of “raw” and untested information, suggesting that it might not be completely reliable, while some who had seen the full document revealed through leaks that there would be no “smoking gun” exposing direct Saudi involvement in 9/11.

The release of the document produced a brief flurry in the media but, perhaps intentionally, the story disappeared amidst the avalanche of political convention reporting that summer. There was a great deal of new information, though most of it served to corroborate or expand on what was already known and reported. One snippet that was particularly interesting recounted how in 1999 two Saudi men on a flight from Phoenix to Washington DC for an alleged visit to the Saudi Embassy to attend a party asked numerous questions about the plane’s security and tried several times to enter the cockpit. They claimed their tickets were paid for by the Saudi Embassy.

There is a direct link between some of the 9/11 hijackers and presumed agents of the Saudi government but the 28 pages do not provide any conclusive evidence demonstrating collusion. In fact, the snippets rather suggest that the Saudis were more likely keeping tabs on some citizens whom they quite rightly might have suspected as threatening to their own national security. There are several hints in the text that the Saudis were quite aggressively running their own operations against their diaspora citizens. It was noted several times that they failed to fully cooperate with US counter-terror investigators prior to 9/11, which would not be surprising if they were simultaneous acting independently.

The key player in the story who directly assisted some hijackers, one Omar al-Bayoumi, has been described as a “non-official cover” intelligence officer, but the way his funding from the Embassy and other official sources fluctuated to pay him sometimes irregularly rather suggests that he might have been a source or informer, not an actual government case officer. Several other Saudis identified in the 28 pages also fit the same profile. Bayoumi was in regular contact with Fahad al-Thumairy, an employee of the Saudi consulate in Los Angeles, who may have been an actual intelligence officer and his controller.

There was also considerable evidence that Saudi government-funded charities, some linked to the Royal Family, did fund the alleged hijackers but the FBI did not find evidence that the government or senior Saudi officials were involved. The US government concluded that the document did not demonstrate any intent by the government in Riyadh to enable its citizens to carry out a terrorist attack on US soil nor knowledge that anything like that might be developing. It should also be noted for what it’s worth that the Bush Administration clearly regarded Saudi Arabia as a special friend and directed the FBI and CIA to “back off” from aggressively investigating its intelligence operations in the US and globally. Whether that made any difference in terms of what subsequently transpired cannot be determined, just as the surfacing of a new name for the families of victims may not prove to materially affect the viability of a lawsuit directed against Saudi Arabia.

America: A Land Without Truth