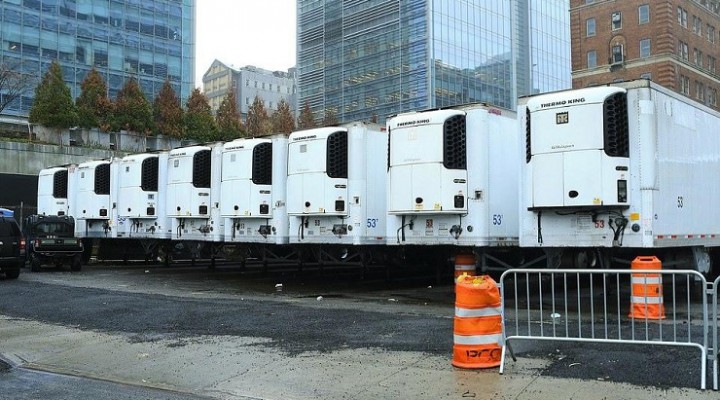 On May 26, 2016, US President Joseph Biden ordered America’s intelligence agencies to investigate the origin of COVID 19 and to report to him within 90 days.

Simply put, this order is, minimally, a two-edged sword, one that could drive international tensions or, if carried out as stated, something the US has never done before, it might well throw the US into chaos.

One exception, at least partially, was Iran Contra and it nearly put President Ronald Reagan in prison for treason were it not for a demonstrable case of dementia.

Here is what we know:

We will now enter dangerous territory. On May 12, over 120 retired US Generals penned a disturbing letter parroting disgraced former President Donald Trump’s assertions about the 2020 election. From Common Dreams:

More than 120 retired US generals and admirals signed an unhinged open letter this week parroting former President Donald Trump’s falsehoods about the integrity of the 2020 election results and accusing President Joe Biden of driving the country toward a “Marxist form of tyrannical government.”

Released under the banner of a group called Flag Officers 4 America, the letter (pdf) was viewed by analysts and other ex-military officials as an alarming use of rank to launch an overtly partisan broadside against the sitting government.

“They are perpetuating the big lie about the election. I think it is outrageous. Some of it is very anti-democratic behavior.”
—Marybeth Ulrich, retired Air Force colonel

Jim Golby, an expert in civil-military relations at the Clements Center for National Security, called the letter “shocking and unprofessional,” adding that “almost none of us would even know or care who [the signatories] were if they didn’t abuse their rank and the military’s trust in the way they have.”

One currently serving Navy officer who spoke to Politico on the condition of anonymity said the letter is “disturbing and reckless.”

Signed by 124 ex-military officials—including retired Vice Adm. John Poindexter of Iran-Contra infamy and retired Army Brig. Gen. Don Bolduc, who is running for the US Senate in New Hampshire—the letter proclaims that “under a Democrat Congress and the Current Administration, our Country has taken a hard left turn toward Socialism… which must be countered now by electing congressional and presidential candidates who will always act to defend our Constitutional Republic.”

“Without fair and honest elections that accurately reflect the ‘will of the people’ our Constitutional Republic is lost,” the letter reads. “Election integrity demands insuring [sic] there is one legal vote cast and counted per citizen… The FBI and Supreme Court must act swiftly when election irregularities are surfaced and not ignore them as was done in 2020.”

The letter—also signed by retired Army Lt. Gen. William Boykin—goes on to warn against passage of the For the People Act, a sweeping voting rights expansion bill that the ex-generals and admirals baselessly claim would “destroy election fairness and allow Democrats to forever remain in power violating our Constitution and ending our Representative Republic.”

Marybeth Ulrich, a retired Air Force colonel who teaches civil-military relations at the Army War College and Air Force Academy, told Politico that the letter was “way worse” than she was expecting.

This writer knows some of those involved. The swath they and their cohorts cut across history over recent decades is telling. Many, if not all, have long histories of religious beliefs with deeply occult aspects while others have demonstrated severe personality disorders. Others still used their positions in the Pentagon for personal enrichment and aligned themselves with powerful international criminal elements.

Among the threats to America’s democracy and world peace perpetrated by rogue military commanders. The author has direct experience in several of the events cited:

When looking for “bad guys,” the first place to look, worldwide is the Pentagon where 120 admirals and generals who are retired demonstrated one inexorable fact, that hundreds more traitors and renegades are still not simply serving but commanding key components of the vast US arsenal.

It must also be noted that assuming that none of these renegades control bioweapons is unsound.

Whatever President Biden’s investigation, if it is real, concludes, the truth will never be made public. Does adequate power and authority still exist within the US to bring rogue commanders, if they should prove to be responsible for unleashing COVID 19 on the word, to justice exist?

We are not saying this is a “proven fact.” But we are saying that the largest proven group of terrorist and renegades are within America’s military command structure.

COVID as a Bioweapon, Hard Questions from Behind Closed Doors

The ‘new normal’ – what will we lose?