HOME / WORLD / Georgia Opens Criminal Investigation into Trump, It May End in Arrest 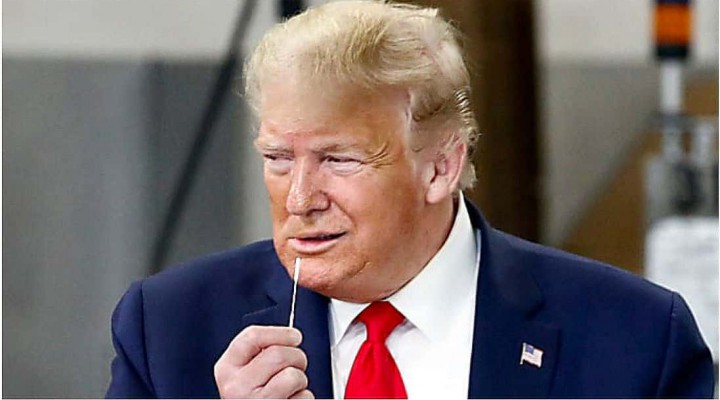 Raw Story: On Monday, just as former President Donald Trump began making preparations for the Senate impeachment trial over incitement of insurrection, The New York Times reported that Trump is facing another investigation, from Georgia Secretary of State Brad Raffensperger — for his attempts to interfere with the election process in the state.

Central to the investigation, said the report, was Trump’s phone call to Raffensperger, demanding that he “find” 11,000 extra votes and warning that it would be a “big risk” to Raffensperger and his lawyer if they did not do so.

“The January call was one of several attempts Mr. Trump made to try to persuade top Republican officials in the state to uncover instances of voting fraud that might change the outcome, despite the insistence of voting officials that there was no widespread fraud to be found,” reported Richard Fausset and Danny Hakim. “He also called Gov. Brian Kemp in early December and pressured him to call a special legislative session to overturn his election loss. Later that month, Mr. Trump called a state investigator and pressed the official to ‘find the fraud,’ according to those with knowledge of the call.”

ATLANTA (AP) — Georgia’s secretary of state’s office on Monday opened an investigation into a phone call between Donald Trump and the state’s top elections official in which the then-president said he wanted to “find” enough votes to overturn his loss in the state, an official said.

JUST IN: The Georgia Secretary of State's office has launched an investigation into Trump's phone call to Brad Raffensperger, attempting to overturn the results of the election. #TheReidOut pic.twitter.com/RnLPcwULL3

Walter Jones, a spokesman for Secretary of State Brad Raffensperger, confirmed the investigation.

“The Secretary of State’s office investigates complaints it receives. The investigations are fact-finding and administrative in nature. Any further legal efforts will be left to the Attorney General,” Jones wrote.

Georgia election officials opened an investigation Monday into Donald Trump’s phone call to Secretary of State Brad Raffensperger urging him to “find” enough votes to reverse the outcome of the presidential contest in the state.https://t.co/t8zdt9GzE0

Trump had refused to accept his loss to Democrat Joe Biden and focused much of his attention on Georgia, a traditionally red state that he narrowly lost. During the Jan. 2 phone call, Trump repeatedly argued that Raffensperger could change the certified results, an assertion the secretary of state firmly rejected.

NEW: Georgia opens investigation into Donald Trump's phone call with Sec. of State Brad Raffensperger in which the fmr. president sought to overturn the results of the 2020 election. https://t.co/hVQb57vTcI

The office of Georgia's secretary of state has started an investigation into former President Trump's attempts to overturn the state's election results, including the phone call he made to Brad Raffensperger to "find" enough votes to reverse his loss.https://t.co/yolclykXXc

The secretary of state’s office investigation stems from a complaint by George Washington University Law School professor John Banzhaf III, according to the investigative case sheet.

In an emailed press release sent Jan. 4, Banzhaf said he had filed a complaint with the secretary of state’s office requesting “that this matter be fully investigated, and action be taken to the extent appropriate.” The complaint suggests Trump may have committed one or more violations of Georgia law, including conspiracy to commit election fraud, criminal solicitation to commit election fraud and intentional interference with the performance of election duties, the release says.

Investigators will present their findings to the state election board, which will then decide how to proceed. If the board believes there’s evidence that a crime occurred, it could take action ranging from issuing a letter of reprimand to referring the case to Georgia’s attorney general.

America In Its Last Days

God Save Us From The Educated Youth

To Remind: More than one year in advance I predicted President Trump’s demise at the hands of The Establishment.

Establishment War Against “We the People”

Trump Caps off Law and Order Legacy With Record Executions, No Mercy for Whistleblowers

0 thoughts on “Georgia Opens Criminal Investigation into Trump, It May End in Arrest”