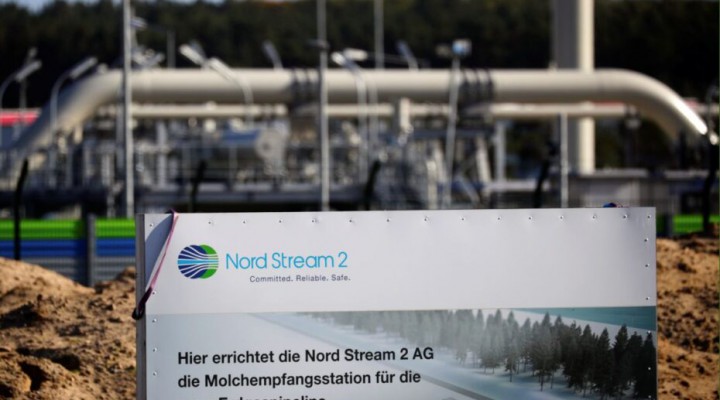 Biden’s presumption of telling the Europeans that Nord Stream-2 is a bad deal shows that ultimately the Europeans are considered to not have sovereignty when it comes to setting their energy policy.

The European Union got a rude memo this week indicating there may be a new president residing in Washington, but it’s still the same American policy of treating them like vassals.

Democrat President Joe Biden may have more transatlantic finesse and sensibility when compared with rough-edged Republican Donald Trump. But the bottomline is Biden feels every bit as entitled as his predecessor did to order the Europeans around like a bunch of flunkies. Perhaps not with quite the same terse rhetoric, but nevertheless with the same overbearing attitude.

This was clear from the Biden administration’s declaration on the Nord Stream-2 natural gas project which is soon due for completion between Russia and Europe. “President Biden thinks this is a bad deal for Europe,” said White House spokesman Jan Psaki with an air of finality on the matter.

The new administration is looking into ways to implement sanctions formulated by the previous Trump which will target European companies involved in the construction of the gas project. After a year of suspended work due to American sanctions, construction of the Nord Stream-2 pipeline resumed this week. The €10 billion project involving 1,225 kilometers of piping under the Baltic Sea from Russia to Germany is over 95 per cent complete. The final few kilometers of pipe-laying resumed in Danish waters heading for the German coastline.

The new Nord Stream supply line will double the existing volume of natural gas delivered from Russia to Germany and the rest of the European Union. Increasing consumption of cleaner natural gas is crucial for German plans to move away from dirty coal and nuclear power. Russian gas is also much more economical than alternative sources such as plans by the Americans to export seaborne liquefied natural gas.

Indeed Russia has objected to the American sanctions on the Nord Stream-2 on grounds that Washington is trying to strong-arm commercial decisions using political instruments. (So much for American free-market capitalism!)

This German commitment is spite of the controversy over Russian opposition figure Alexei Navalny who was flown to Germany last August claiming that he was poisoned by the Kremlin in an outlandish assassination plot. The Kremlin has categorically rejected the claims as a deliberate provocation, suggesting Western intelligence involvement in a bid to destabilize Russia. Navalny stayed in Germany for nearly five months as a de facto guest of the Berlin government. On his return to Moscow on January 17, he was arrested for violations of his parole license for a suspended sentence concerning a past fraud conviction.

Merkel and other German politicians have certainly given Navalny a lot of media support for his unsubstantiated allegations against the Kremlin. Their indulgence of such provocative accusations is certainly a contemptible disregard for Russia’s sovereignty and laws, elevating a dubious agitator over the office of President Vladimir Putin.

However, the Germans are not that stupid. They know full well that to abandon Nord Stream-2 is tantamount to shooting their economy in both feet. Hence, despite the brouhaha over Navalny, Berlin is sticking with Nord Stream-2.

Enter Joe Biden. The president is presuming to tell the Europeans what he thinks is good or bad for them. An American leader from across the Atlantic is hollering to European states that taking delivery of economical Russia gas is “not a good deal”.

Of course, the Americans have to disguise their naked commercial and strategic interests with the rhetorical garb that Washington is “only” concerned for Europe being exploited by Russian political blackmail if Europe is dependent on Moscow for gas supplies. The inference being that Russia could turn off the gas lines whenever it is politically expedient. That cynical view is premised on dark Russophobia, and in any case from a legal, contractual perspective it would be implausible.

Biden’s arrogant opposition to Nord Stream-2 is not just a continuation of Trump administration policy. In the former Obama administrations (2008-2016) in which Biden served as vice president, it was also policy to oppose the ambitious gas project, which began in 2011.

With Trump, most European leaders came to loathe his brash and boorish manner. Touting his America First slogan, Trump browbeat Europeans over alleged unfair trade tariffs as well as for allegedly slacking on military spending commitments to NATO. Only Poland and the rightwing Baltic states seem to have had any favor for Trump whom they admired for his anti-Russia sanctions over Nord Stream-2.

Now with Biden in the White House, various European leaders have expressed relief and warm welcomes to the new president who openly talks about renewing and strengthening the transatlantic alliance. The implicit belief is that Biden appreciates European allies in a way that the vulgar Trump did not.

Any notions of newfound American appreciation of European allies should be disabused. Biden’s presumption of telling the Europeans that Nord Stream-2 is a bad deal shows that ultimately the Europeans are considered to not have sovereignty when it comes to setting their energy policy. Uncle Sam, as always, knows best for his little European vassals.

0 thoughts on “Whether Trump or Biden, Europeans Are Still Uncle Sam’s Vassals”