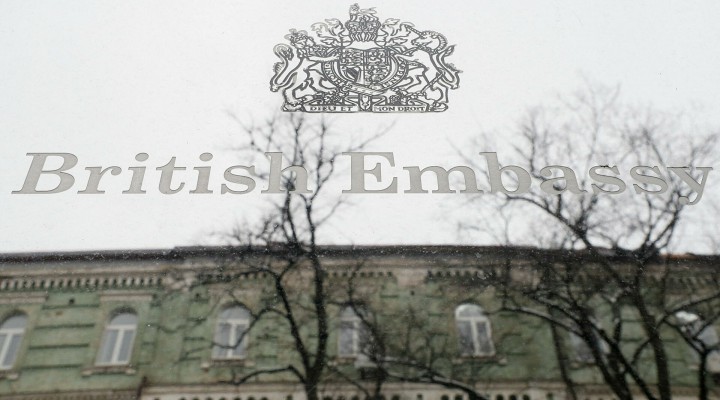 After weeks of non-stop beating of war drums by the US and NATO against Russia, the latest sounds out of London show the Brits are taking the lead in promoting the psy-war. And that’s ominous.

For it is a pernicious historical role that the British establishment is a past master at. A deeper understanding of history shows that the British ruling class has been instrumental in starting the last century’s two world wars centered in Europe.

British imperial rivalry and skulduggery against Kaiser Wilhelm II led to the first. While conniving with Nazi Germany as a bulwark against the Soviet Union led to the second. All told, those two conflicts resulted in nearly 100 million deaths. It is a shame and an astounding feat of brainwashing that Britain’s nefarious role remains largely hidden from general public understanding.

Anyway, currently, the way things are shaping up over ever-sharpening tensions between the US-led NATO military bloc and Russia is putting the world on notice of another world war. The US and its NATO partners are recklessly militarizing Ukraine and the region while accusing Russia of “aggression”.

The whole media campaign to demonize Russia has the hallmarks of a psychological operation. To fabricate a casus belli when there is none is in itself a war crime.

There is no evidence of Russian preparations for such an invasion that it is being hysterically accused of. We hear of satellite data; where is it? What do the few dodgy images show? Russian troops in Russia! The whole confrontational narrative has become a religious dogma of blind faith, as former UN diplomat Alfred de Zayas eloquently debunks.

Moscow has repeatedly and categorically denied any alleged plan to attack Ukraine or any other nation. Yet, sinisterly, we are being told by the US and its allies that the window for diplomacy is closing. A window that was fleetingly opened and rapidly slammed shut by the Western states when their envoys met Russian counterparts last week only to rebuff Moscow’s proposals for security guarantees. It seems that a decision to militarize relations is deliberately being prioritized. This is insane and indeed amounts to a willful pursuit of crimes against peace by the Western powers.

What gives the dynamic added menace is the way London is lending its dubious black arts to the scene. Notably, in certain ways, the Brits are taking the lead on all the other NATO powers to make the case for war more likely.

London was the first to announce in recent days that it is withdrawing diplomatic staff from its Ukraine embassy. Now the Americans have followed suit with the State Department advising some of its staff to evacuate. Interestingly, other European countries did not make a similar withdrawal. This points to the Brits as leading the way in creating a pre-war crisis atmosphere.

Then over the weekend, the British Foreign Office declared that Russia was planning to install a puppet regime in Kiev after it (allegedly) invades Ukraine. The story was obviously timed for the Sunday newspapers to amplify. Russia rubbished it as “misinformation” and called on London to stop making provocative claims.

That latest British claim is ropey and shot through with inconsistencies. Even the normally dutiful BBC questioned the timing of the Foreign Office’s intervention (more accurately, “invention”).

However, the embarrassing lack of credibility did not stop Washington jumping enthusiastically on to the British claims, with Secretary of State Antony Blinken saying the alleged plot to install a puppet regime in Kiev is straight out of “the Kremlin’s playbook”.

The irony of London and Washington accusing others of regime-change plots is beyond words. These two rogue powers have overthrown more foreign governments than the changing of the guards at Buckingham Palace. The present crisis over Ukraine is largely a consequence of the CIA, MI6-backed coup in Kiev in 2014 when a Neo-Nazi regime seized power against an elected president. That Russophobic regime has been doing NATO’s bidding ever since in an attempt to destabilize Russia.

Britain taking a lead role in the propaganda campaign against Russia has an ominous aspect.

Ever since the British ruling class lost its blood-soaked empire and became the “junior partner” in the “special relationship” with the United States, the role that Britain provides is one of spin-meister for war. That plummy accent and pretentious air of self-importance has a certain, if dubious, media cachet

The classic example of this was Tony Blair acting as the international “PR agent” for GW Bush to “make the case” for war against Iraq in 2002-2003. In a secret memo recently published, Blair openly professed in private conversation to provide this precise media role to Bush, and thereby unleashed a criminal war that caused over one million deaths.

The Brits are at it again.

US Imperialism and European Vassals are Real Enemies of Europe