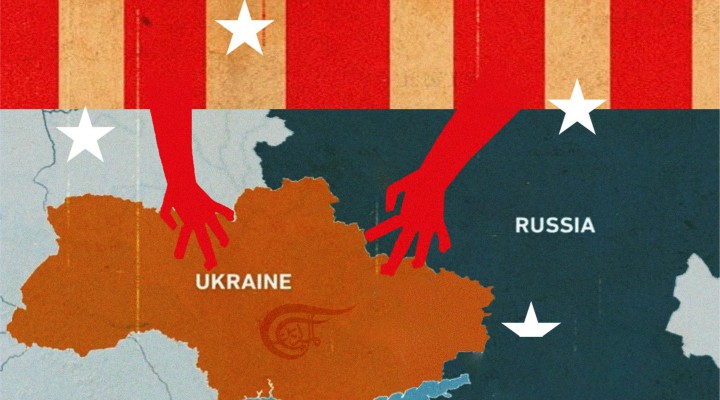 Opposing others’ spheres of interest is now inherent to the US’ diplomatic DNA.

Andrew Bacevich, the US military historian, writes that among foreign policy mandarins in present-day Washington, “spheres of influence” have become anathema. Prior generations of US policymakers thought otherwise. “To pretend that spheres of influence are alien to the American tradition of statecraft, is to engage in self-deception”, he notes.

As interpreted today, however, the very phrase smacks of appeasement. It carries the suggestion of selling out the cause of freedom and democracy, a sin for which senior US officials are keen to absolve the nation. A decade ago, Hillary Clinton declared categorically that “The United States does not recognize spheres of influence”.  More recently, Secretary Blinken affirmed that statement: “We don’t accept the principle of spheres of influence … the very concept of spheres of influence “should have been retired after World War II”.

“In point of fact, the passing of World War II increased Washington’s appetite for carving out new spheres. The putative threat posed by international communism seemed to demand as much. By the end of the 20th century, America’s spheres of influence spanned the globe”, Bacevich writes.  The key thing is “knowing when to stop”.  And this, precisely, is the point that the Russian negotiating team tried to ram home to Wendy Sherman in Geneva and to NATO in Brussel just days ago.

But, without success.  A dead-end. Washington and the EU now wait on President Putin’s next moves. In a likely planted piece, the NY Times reports that:

For years, US officials have tiptoed around the question of how much military support to provide to Ukraine, for fear of provoking Russia.

Now, in what would be a major turnaround, senior Biden administration officials are warning that the United States could throw its weight behind a Ukrainian insurgency should Putin invade Ukraine.

How the United States, which just exited two decades of war in Afghanistan, might pivot to funding and supporting an insurgency from just finishing one – is still being worked out: “Biden has not determined how the United States might arm insurgents in Ukraine; or, who would conduct the guerrilla war against Russian military occupation. Nor is it clear what Russia’s next move might be…But Biden Administration officials have begun signaling to Russia [that eventually it] would find the costs of an invasion…prohibitively expensive in terms of military losses.

“If Putin invades Ukraine with a major military force …And if it turned into a Ukrainian insurgency, Putin should realize that after fighting insurgencies ourselves for two decades, we know how to arm, train and energize them”, said James Stavridis, a retired four-star Navy admiral who was the supreme allied commander at NATO.

Both Defense Secretary Lloyd J. Austin III and Gen. Mark A. Milley, the chairman of the Joint Chiefs of Staff, have warned their Russian counterparts in recent telephone calls that any swift Russian victory in Ukraine would probably be followed by a bloody insurgency similar to the one that drove the Soviet Union from Afghanistan.

Andriy Zagorodnyuk, wrote an op-ed for the Atlantic Council on Sunday that reads like an instructional manual for how the US can support an insurgency.

If this is the mood music (and some of it may, or may not, be posturing), Europe should be terrified at the possibility of a US-led insurgency campaign dragging on for years – at the heart of Europe. And the rhythm to this drumbeat is accelerating:

The US has warned that Moscow is preparing to orchestrate a false flag attack on Russia by its operatives in Ukraine, which it would use as justification for another invasion. The NY Times also reported Russia could be preparing to move nuclear missiles closer to the US.  Fear is being ramped: A top US security official in Europe has warned “We’re facing a crisis in European security. The drumbeat of war is sounding loud, and the rhetoric has gotten rather shrill”, US ambassador to the OSCE, Michael Carpenter, said.

And the EU has other reasons for alarm: The EU is coming under intense pressure from Washington to commit to sanctions, as EU officials negotiate what would be considered their ‘red line’. Biden’s threat of unprecedented, harsh sanctions, however, has brought forth a warning of a completely different quality – as both the US Treasury and the State Department have warned Blinken that the envisaged sanctions would hurt US allies (i.e. Europeans), more than they would hurt Russia – and that their imposition could even trigger a counter-productive global economic crisis that would touch both the US and European consumer, via increased energy prices — thus giving a sharp kick to already record US inflation rates.

In short, Europe might face an insurgency war spilling over into other states, giving birth to a new breed of radical ‘jihadis’, and diffusing around Europe; and a new wave of sophisticated weaponry (as happened in the wake of the Afghan war), as Stinger missiles were sold on — to who knows whom.

What would be equally probable is economic dislocation from this ‘war’, plus a major energy crisis – as Washington targets Russian energy suppliers for sanctions.  Europe’s gas storage levels today are at an all-time low.  Even with Nordstream 2 online, there would be barely sufficient natural gas to cover Europe’s needs – and with US LNG already peaking, and far more expensive than Russian gas – European competitiveness would be decimated, and inflation given an extra twist.

NATO per se, has been no friend to Europe. Its’ mantra of an ‘open’ NATO has divided the Continent: It has robbed it of strategic autonomy. It has disrupted ancient trade routes; pitted East against West; and by its very hold over Brussels, it has allowed the former Soviet ‘grudge-states’ of the East European ‘tail’ to ‘wag-the-Brussels dog’ – rather than – as they should, post-1991 have done, find their modus vivendi with Russia. NATO is the excuse that lets them grandstand – at no cost to themselves, yet at huge cost to Europe.

Why exactly, is it so impossible for NATO just to say it?  Ukraine and Georgia ‘will never be NATO members’?

One thought on “Strategic Self-Deception”