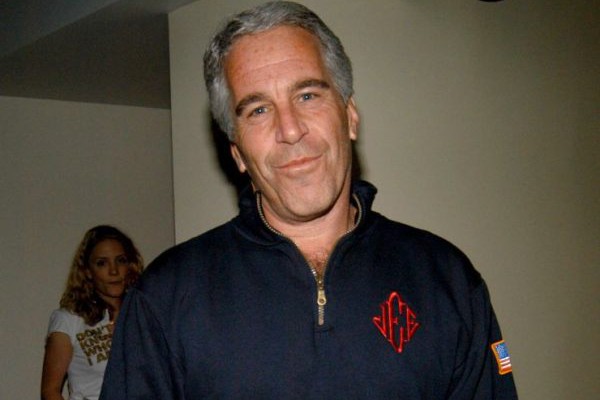 The US mainstream media have moved hastily to shut down the Epstein affair as a prison suicide. End of story. Move on. And anyone who doesn’t move on but instead challenges the official story is dismissed as a “conspiracy theorist”.

The paradox is that it is the critics and skeptics of the official narrative who have much more credibility. The establishment media are the ones who are peddling credulity and indulging in a conspiracy to conceal the need for a thorough investigation.

Remember these are the same news media who helped launch wars and military strikes on foreign countries based on deceitful conspiracies concerning “weapons of mass destruction” in Iraq and alleged use of chemical weapons in Syria.

These are the same media who have been telling the world for the last two years that Russia hacked into US and European electoral systems, that Trump colluded with the Kremlin to get elected to the White House, only for all that bogus storytelling to implode into nothing but evidence-free dust, as the farcical Mueller probe showed.

Their credibility has been shot over and over again. So, for this same media to hastily bury the Epstein affair along with his corpse and to dismiss skeptics as “conspiracy theorists” is in actual fact a sign that this media are doing what they usually do – covering up for the powers-that-be, or what we might call the “deep state”.

The alleged suicide by billionaire financier Jeffrey Epstein in a New York City jail last weekend begs many legitimate questions. The suspicious circumstances are well known. Suffice to say that his death is far from proven to be suicide, despite the official autopsy report. His defense lawyers, for their part, aren’t convinced and are demanding an independent investigation. The suspicion is that Epstein was murdered in his prison cell by strangulation.

© AP PHOTO / ELIZABETH WILLIAMS
In this courtroom artist’s sketch, defendant Jeffrey Epstein, center, sits with attorneys Martin Weinberg, left, and Marc Fernich during his arraignment in New York federal court, Monday, July 8, 2019. Epstein pleaded not guilty to federal sex trafficking charges. The 66-year-old is accused of creating and maintaining a network that allowed him to sexually exploit and abuse dozens of underage girls from 2002 to 2005.

Why? Because the convicted sex offender had, according to his own admission, loads of blackmail dirt on many powerful or famous people in the world of politics, business, media, and so on. The implication of Britain’s Prince Andrew, former US President Bill Clinton and current President Donald Trump are just a few of the many cases of famous people possibly logged in Epstein’s reputed “black book” of names.

For mainstream US media to dismiss something sinister in the disposal of Epstein as a crank theory betrays a willingness to overlook the rampant culture of crime in American politics involving the use of sex traps and blackmail as a vice to buy politicians, military leaders, media figures.

Investigative journalist Whitney Webb recently published a series of in-depth articles on how organized crime and intelligence services in the US have for decades been involved in systematic use of sexual vice to entrap public figures who are then obliged to toe the line on policies that benefit their trappers. This culture of blackmail is probably as old as politics itself and is of course not unique to the US.

Nevertheless, it became an integral part of US politics over the last century from the years of alcohol prohibition, to the rise of the Mafia and the interlocking relationship between organized crime and state intelligence services to compromise politicians, business, military and media figures who would then henceforth serve as slaves for their vice masters.

People like J Edgar Hoover, who founded the FBI in the 1920s and served as its head until his death in 1972, long denied that organized crime existed in the US. That impossible credulity was because the mafia had dirt on Hoover as a closet homosexual who had a penchant for dressing up in women’s clothes. Hoover, in turn, had dirt on hundreds of politicians who were entrapped by living out their sexual fantasies in what they believed to be secret hotel rendezvous but which were being filmed. Those fantasies could be extramarital affairs, homosexual trysts, or perversions with children.

As Whitney Webb, as well as other investigative journalists, have documented, the culture of vice and blackmail is standard operating procedure by US secret services who have learnt well their dark craft from their organized crime counterparts. They are in fact often indistinguishable.

A key figure in this blackmail industry was the late attorney Roy Cohn who was a senior fixer and dirty trickster for the Reagan and HW Bush administrations in the 1980s until his death. The same people who surrounded Cohn are connected to current politicians and other public figures. It was out of this milieu that Jeffrey Epstein was spawned.

It is simply incredulous that Epstein’s systematic running of sex rings for the rich and famous was not part of the endemic blackmail culture of vice used in Washington.

Granted, it would be a stretch to claim that every member of Congress and mainstream media are victims of blackmail. But it is a fair assumption that many of them are. That sex trap-servility complex ensures that so many of the political class function as lackeys.

Why are American, and NATO country, politicians, as well as their news media, so often conformist to ludicrous policies of war, conflict, enriching the super-rich, and belligerence towards Russia, China and Iran, among others? The pathetic impotence towards challenging state and corporate power and its abuses suggests that many people within the political class are caught and bought by the sex trap-servility complex.