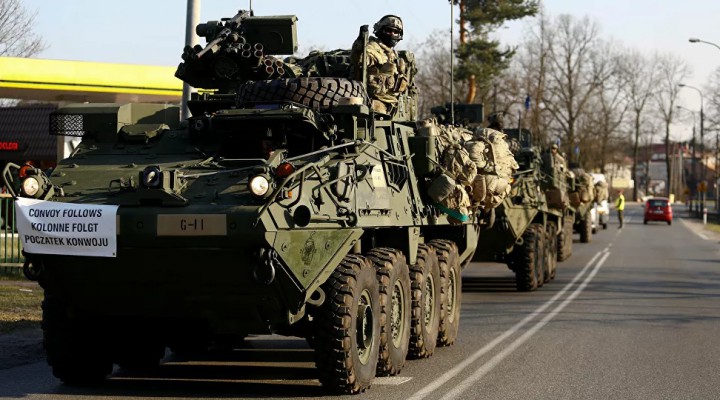 So US President Donald Trump has confirmed he is planning a big pullout of American troops from Germany. What’s rather odd though is the way Berlin’s politicians have reacted with dismay at the news. Some are almost begging Trump to reconsider his proposed military drawdown.

More German citizens would prefer US troops to leave their country than to remain, according to polls. Yet rather than reflecting public opinion, German politicians have reeled with horror and indignation over Trump’s plan.

“This is completely unacceptable,” said Peter Beyer, who is Chancellor Angela Merkel’s envoy on transatlantic relations and a senior member of the ruling Christian Democrats.

Other prominent members of Merkel’s party have also anger over Trump’s move to draw down US forces based in Germany from 35,000 to about 25,000.

Heiko Maas, Germany’s foreign minister and member of the Social Democrats which partners in a coalition government, said the news was “regrettable”. He added that the relationship between the US and Germany is “complicated”.

Complicated? That’s an understatement. US troops have been present in Germany ever since the end of World War Two. The country houses more US soldiers than any other European NATO member. Only Japan has more American forces stationed on its territory than Germany.

It is not coincidental that those two countries were the defeated powers at the end of the war. The purpose of the US military remaining in both nations for more than seven decades later is one of military and strategic power projection.

That power projection is aimed at Russia and China. The return of Cold War-like “great power rivalry” in the calculations of Washington state planners means that American bases in Germany and Japan are more important than ever, no matter what Trump might say.

Donald Trump, as with previous American presidents, talks about the US “defending” Germany, Japan and other allies as if the military occupation of these territories is some kind of chivalrous act.

Moreover, Trump has targeted Germany in particular for being “delinquent” in not spending more of its fiscal budget on the military, as if implying that Berlin is freeloading on American protection.

“So we’re protecting Germany and they’re delinquent. That doesn’t make sense. So I said, we’re going to bring down the count to 25,000 soldiers,” said Trump this week.

What’s remarkable is how the Trump administration did not consult with the German government on the troop pullout. That indicates the real relationship between Washington and Berlin. It’s not one of “allies” or “partners” but one of subordination.

More German citizens want their government to spend less on the military, as well as for US troops to leave the country. Polls show too that a clear majority of German people want American nuclear weapons based in Germany to be removed from the territory.

Most citizens seem to realize that the presence of US forces is an affront to Germany’s supposed sovereign independence. The relationship is one akin to a predatory protection racket whereby the security of German people is actually more endangered by the provocative posturing of US forces towards Russia.

In any case, there is a fair chance that Trump’s threat to withdraw troops is all empty bluster. His narrow-minded transactional mentality fails to understand the bigger picture of why German bases are a linchpin for American imperial power.

Already Republican and Democrat congress members are fiercely opposing the White House plan. One can expect too that the Pentagon bureaucracy will kick Trump’s troop tantrums into the long grass.

His previous announcements about pulling military forces out of Syria and Afghanistan have gone nowhere, evidently ignored by the Pentagon and the Deep State.

In all probability, American imperial forces will remain in Germany for vital US strategic reasons which Trump hasn’t a clue about.

What is telling though is the near-panic among Germany’s political class towards the supposed drawdown. That shows how pathetic Berlin is in its vassalage to Washington. Unfortunately, as long as Germany remains subordinate to the US, then Europe’s relations with Russia and China will always be marred. And global security will be held hostage.

Ironically, European leaders have recently begun voicing recognition of the need to assert independence from Washington. But they seem impotent to act on that.

Germany, in particular, needs to assert independence from American imperial hegemony in order for Europe to normalize relations with Russia and China and to create a safer world. But with the present Berlin political class that’s a dim prospect.

Soros Thinks That Germany Is A Greater Threat To His Plans Than COVID, Trump, Or China

0 thoughts on “Berlin Bemoans US Pullout”