HOME / WORLD / No chance for Washington to attack Iran

No chance for Washington to attack Iran 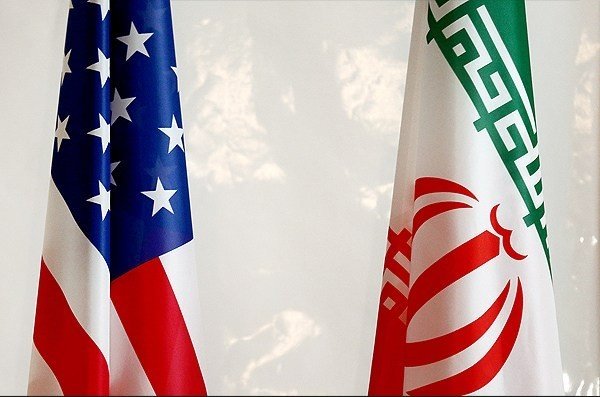 Q: The USA has an advantage in all major types of weapons of mass destruction. Why did Washington initiate a new arms race with regard to Space?

A: I do not agree that the United States has a military advantage in all major weapon systems. In the nuclear field, Moscow boasts first-rate systems of equal North American capacity if not higher in some areas, with the new RS-28 ICBM in development. Not to mention areas such as Hypersonic missiles, with Moscow and Beijing in clear advantage, even according to assessments made public by the United States Congress. In the field of missile defense, Moscow boasts an undisputed primacy with the A-135, A-235 systems and the various S-300, S-400 and the future S-500 system. This goes without mentioning other weapon systems presented by Putin on March 1, 2018, in the famous conference on Russia’s military response to the US’s violation of the ABM and INF treaties.

The United States with President Trump has decided to create a sixth force, called Space Corp. Trump’s intention is to invest tens of billions of taxpayers money to finance the creation of some kind of space-based weapons systems. It’s the prosecution of Ronald Reagan’s weaponizing of space. It remains to be seen when these systems will be operational, how much they will cost and how effective they will be. The Latest US military productions in terms of cost and efficiency leave much to be desired with the super ship Gerald Ford and its known propulsion problems, the alleged Zumwalt stealth ship and it’s engine problems. Take for example the US Anti-Ballistic Missiles Systems (ABM) failed tests or the repeated missiles launched by the Houthis in Yemen that successfully violated Saudi Airspace, defended by US Patriot systems. All this, without mentioning the already known problems of the F-35.

As I have written in various articles, the United States suffers from enormous military spending that floods the few companies (totally private) that develop weapons, with tons of money. This creates the conditions for little competition between companies and leaves open huge margins for corruption and failed projects. The creation of a space force should be seen more in the perspective of Trump, which seeks to ingratiate itself as much as possible with the North American military industrial complex (MIC), covering them with gold, possibly avoiding at the same time satisfying their wishes for a new war for new profits.

The MIC always pushes a US president to war, along with the various power lobbies, Trump tries to avoid this event, still creating profits for the MIC with the creation of a new force, in this case, a Space Force.

Q: In the case 3rd World War as a whole are clear main key players. Liberal Western World led by the US and China-Russia alliance. But what about India, Pakistan, and North Korea? They also have Weapon of mass destruction and regional problem.

A: In the case of a third world war, therefore a clash between military superpowers, the chances of an exchange of Nuclear weapons is very high. In case of an atomic exchange between superpowers, the world in which we live would be completely different, as many scientists have pointed out.

The consequent climatic changes and the radiations, ignoring the destruction caused from the nukes, would provoke a complete change of the global scenario. For these reasons the hypothesis of a third world war between superpowers is to be considered improbable, even in an uncertain context such as the multipolar one we live in.

Although historically multipolarity results in instability in a geopolitical framework, with the current technology, transformed into nuclear deterrence called ‘MAD’, the nuclear factor stabilizes international relations, avoiding the possibility of a clash between powers or superpower.

In the specific case of a war between Pakistan and India, it is unlikely for these reasons, just as a US intervention in North Korea proved impossible due to the nuclear (and conventional) deterrence posed by Pyongyang.

Q: Western propaganda regular say about “Russian lobby in Europe or China threat”. But no proof. How do you think Europe really have parties or organizations who have “anti-EU and anti-US” agenda?

A: The treaties signed over the last 20 years by European countries have deprived national parliamentary decisions that no longer have the economic, financial or military levers to make autonomous decisions in their own interest. In this sense, I do not see socially relevant parties or groupings in EU countries that can understand the historical turning point in which we are, with the attention that must be turned to the east towards Russia, India, China, Iran, and other markets.

Europe is the victim of its own foreign policy decided in Washington, in the interests of the Pentagon and the FED, and as long as it remains subordinate to the United States it will not be able to take decisions in its own interest.

Q: How you think, is there a risk aggression vs. Iran from trio US-Israel-Saudi Arabia?

A: I see no chance for Washington to attack Iran, essentially for two basic reasons. If Trump unleashes a war, he loses the 2020 elections. This hypothesis seems to be shared by the vast majority of US policy experts and from what we can pick up, the administration and Trump are aware of this possibility.

The other main reason that prevents Washington’s aggression against Iran has to do with two aspects: the first is the cost of this aggression in terms of human lives for the United States, the second is the economic cost to be borne. Iran is capable of severely damaging both Israel and Saudi Arabia, as well as closing the Strait of Hormuz, or in any case raising the costs of insurance of oil ships to the point of boosting the price of oil to levels that would cause an economic crisis of vast proportions, coupled with the first signs of a global recession.

Trump is aware that in the event of an economic disaster caused by a war with Iran, all the blame would fall on him, both by his voters for the electoral betrayal of not starting new wars, both by his detractors that would hold him responsible for the financial disaster.

A global financial crisis, fueled by a devastating war, would lead Washington isolated. The  Saudis, devastated by the conflict with Iran and betrayed by Washington that could not protect Riyad from Tehran’s retaliation, could even decide to dump the dollar. The Europeans and the rest of the world would agree in a nutshell, moving to a basket of alternative currencies to the petrodollar for the sale of oil. This would lead to the collapse of the United States in a short period of time. The petrodollar system is a red line that the Pentagon and the Fed cannot afford. It is the source of their status as a superpower (the USD being world currency reserve) and not even a war on Iran with strong Saudi and Israeli interests pressing on Trump will lead to such an obvious suicide of U.S. hegemony.

0 thoughts on “No chance for Washington to attack Iran”