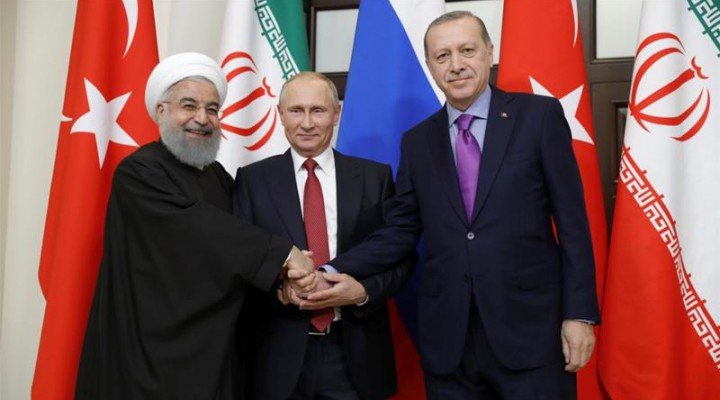 The Russian Federation’s dexterous use of its military, diplomatic and economic resources to navigate through and resolve complex situations in different parts of the globe is starting to become the new normal in international relations.

Important events have occurred in the Middle East and North Africa in recent weeks that underline how the overall political reconfiguration of the region is in full swing. The Shia axis continues its diplomatic relations and, following Rouhani’s meeting in Baghdad, it was the turn of Adil Abdul-Mahdi to be received in Tehran by the highest government and religious authorities. Among the many statements released, two in particular reveal the high level of cooperation between the two countries, as well as demonstrating how the Shia axis is in full bloom, carrying significant prospects for the region. Abdul-Mahdi also reiterated that Iraq will not allow itself to be used as a platform from which to attack Iran: “Iraqi soil will not be allowed to be used by foreign troops to launch any attacks against Iran. The plan is to export electricity and gas for other countries in the region.”

Considering that these two countries were mortal enemies during Saddam Hussein’s time, their rapprochement is quite a (geo)political miracle, owing much of its success to Russia’s involvement in the region. The 4+1 coalition (Russia, Iran, Iraq, Syria plus Hezbollah) and the anti-terrorism center in Baghdad came about as a result of Russia’s desire to coordinate all the allied parties in a single front. Russia’s military support of Syria, Iraq and Hezbollah (together with China’s economic support) has allowed Iran to begin to transform the region such that the Shia axis can effectively counteract the destabilizing chaos unleashed by the trio of the US, Saudi Arabia and Israel.

One of the gaps to be filled in the Shia axis lies in Lebanon, which has long experienced an internal conflict between the many religious and political currents in the country. The decision by Washington to recognize the Golan Heights as part of Israel pushed the Lebanese president, Michel Aoun, to make an important symbolic visit to Moscow to meet with President Putin.

Once again, the destabilizing efforts of the Saudis, Israelis and Americans are having the unintended effect of strengthening the Shia axis. It seems that this trio fails to understood how such acts as murdering Khashoggi, using civilian planes to hide behind in order to conduct bombing runs in Syria, recognizing the occupied territories like the Golan Heights – how these produce the opposite effects to the ones desired.

The supply of S-300 systems to Syria after the downing of the Russian reconnaissance plane took place as a result of Tel Aviv failing to think ahead and anticipate how Russia may respond.

What is surprising in Moscow’s actions is the versatility of its diplomacy, from the deployment of the S-300s in Syria, or the bombers in Iran, to the prompt meetings with Netanyahu in Moscow and Mohammad bin Salman at the G20. The ability of the Russian Federation to mediate and be present in almost every conflict on the globe restores to the country the international stature that is indispensable in counterbalancing the belligerence of the United States.

The main feature of Moscow’s approach is to find areas of common interest with its interlocutor and to favor the creation of trade or knowledge exchange. Another military and economic example can be found in a third axis; not the Shia or Saudi-Israeli-US one but the Turkish-Qatari one. In Syria, Erdogan started from positions that were exactly opposite to those of Putin and Assad. But with decisive military action and skilled diplomacy, the creation of the Astana format between Iran, Turkey and Russia made Turkey and Qatar publicly take the defense of Islamist takfiris and criminals in Idlib. Qatar for its part has a two-way connection with Turkey, but it is also in open conflict with the Saudi-Israeli axis, with the prospect of abandoning OPEC within a few weeks. This situation has allowed Moscow to open a series of negotiations with Doha on the topic of LNG, with these two players controlling most of the LNG on the planet. It is evident that also the Turkish-Qatari axis is strongly conditioned by Moscow and by the potential military agreements between Turkey and Russia (sale of S-400) and economic and energy agreements between Moscow and Doha.

America’s actions in the region risks combining the Qatari-Turkish front with the Shia axis, again thanks to Moscow’s skilful diplomatic work. The recent sale of nuclear technologyto Saudi Arabia, together with the withdrawal from the JCPOA (the Iranian nuclear agreement), has created concern and bewilderment in the region and among Washington’s allies. The act of recognizing the occupied Golan Heights as belonging to Israel has brought together the Arab world as few events have done in recent times. Added to this, Trump’s open complaints about OPEC’s high pricing of oil has forced Riyadh to start wondering out aloud whether to start selling oil in a currency other than the dollar. This rumination was quickly denied, but it had already been aired. Such a decision would have grave implications for the petrodollar and most of the financial and economic power of the United States.

If the Shia axis, with Russian protection, is strengthened throughout the Middle East, the Saudi-Israel-American triad loses momentum and falls apart, as seen in Libya, with Haftar now one step closer in unifying the country thanks to the support of Saudi Arabia, the United Arab Emirates, France and Russia, with Fayez al-Sarraj now abandoned by the Italians and Americans awaiting his final defeat.

While the globe continues its multipolar transformation, the delicate balancing role played by Russia in the Middle East and North Africa is emphasized. The Venezuelan foreign minister’s recent visit to Syria shows how the front opposed to US imperialist bullying is not confined to the Middle East, with countries in direct or indirect conflict with Washington gathering together under the same protective Sino-Russian umbrella.

Trump’s “America First” policy, coupled with the conviction of American exceptionalism, is driving international relationstowards two poles rather than multipolar ones, pushing China, Russia and all other countries opposed to the US to unite in order to collectively resist US diktats.

0 thoughts on “Moscow’s Strategy: To Win Everywhere, Every Time”