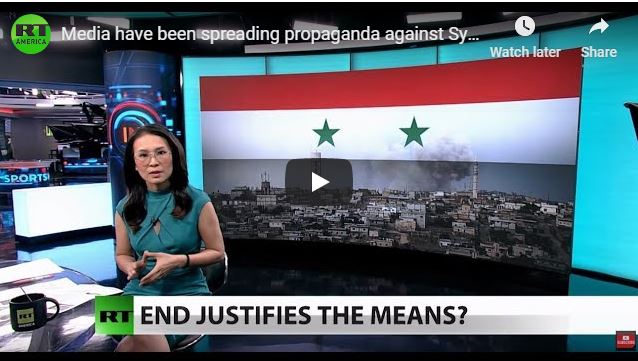 “Fallout continues from recent Wikileaks revelations, which confirmed that the OPCW had been pressured to alter its report to cover up evidence about the alleged April 2018 chemical attack in Douma, Syria. Investigative journalist and on-the-ground reporter Eva Bartlett joins In Question to discuss.”

I thank Robert Thorpe for his summary of the interview:

“Steadfast Canadian journalist Eva Karene Bartlett, who has spent months on the ground in many parts of Syria since 2014, discusses Western propaganda designed to mislead people about Syria, demonize the nation in support of Western efforts to overthrow its sovereign government, and the defacto complicity in terrorism of the US, British, Canadian and other NATO governments.

She raises the issue of the recent resignation of Newsweek journalist Tareq Haddad’s from the publication over the censorship of his coverage of recent leaked internal OPCW documents which show that the senior management of UN sponsored organization produced fraudulent reporting of the non-existent alleged gas attack (a White Helmet false flag) at Douma used to justify US, French and British missile attacks on Syria. “