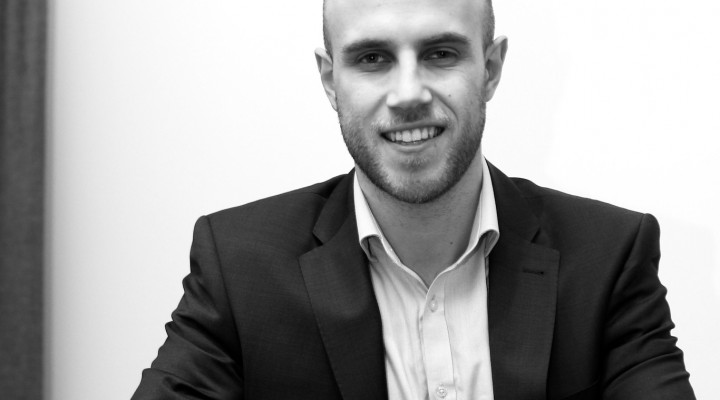 Tareq Haddad’s exposé of the corruption and collusion at the heart of modern journalism is something long-discussed by academics, but rarely does such a clear example present itself.

MPN– It’s Manufacturing Consent meets Operation Mockingbird; in a long exposé essay that doubles as a goodbye to the profession, Newsweek journalist Tareq Haddad explained why he was very publicly quitting his job at the New York-based magazine. “Journalism is quickly dying. America is regressing because it lacks the truth,” he wrote.

The trigger for his decision was management suppressing his story on the bombshell news that the Organization for the Prohibition of Chemical Weapons (OPCW) hid a mountain of evidence suggesting the 2018 Douma Attack was staged, thus paving the way for more military intervention in Syria. But below the surface, it was about far more than that; Haddad’s essay described how journalists are worked to the bone and how media drives the public towards war, coordinating smears against politicians who stand against it. But most spectacularly of all, he alleges that there is a network of hundreds of government assets working as high-level editors in newsrooms across America, even naming the one at Newsweek.

Haddad knew the consequences of speaking out:

In the end, that decision was rather simple, all be it I understand the cost to me will be undesirable. I will be unemployed, struggle to finance myself and will likely not find another position in the industry I care about so passionately. If I am a little lucky, I will be smeared as a conspiracy theorist, maybe an Assad apologist or even a Russian asset—the latest farcical slur of the day,” he wrote.

MintPress News reached out to him for comment. He responded that he was certain that there were more capable and well-meaning reporters like him that could come forward. “Hopefully, those journalists will have the courage to push the issue with their editors or face the embarrassment the industry will experience when the truth of the matter is revealed to all,” he stated.

Newsweek was not alone in failing to report on the OPCW revelations. Virtually the entirety of the mainstream press (with the exception of Tucker Carlson) ignored or downplayed the findings that cast the Syrian Civil War in a considerably different light. In contrast, MintPress News, with a tiny budget compared to corporate media, has covered the story closely. Unsurprisingly, they have shown little interest in Haddad’s exposé of their corruption either.

“In any functioning democracy the Tareq Haddad affair should occupy mainstream media for weeks” Oliver Boyd-Barrett, Professor Emeritus of Bowling Green State University (Department of Journalism and Communications) told MintPress News. However, he noted, “We have neither a fully functioning democracy nor the uncontaminated information ecosystem that would enable such a thing.” Newsweek, for the record, claimed that the matter was much more mundane: “The writer pitched a conspiracy theory rather than an idea for objective reporting. Editors rejected the pitch,” it said in a statement.

The “conspiracy theory” referenced is that multiple whistleblowers have come forward to publicly accuse the OPCW of suppressing their evidence in order to reach a predetermined conclusion about the Douma attacks­– one that supported military intervention. On the new evidence, former head of the OPCW Dr. Jose Bustani said it “confirmed doubts and suspicions I already had” about the incoherent report, claiming that “the picture is clearer now, although very disturbing.”

Truth, Haddad wrote, is “the most fundamental pillar of this modern society we so often take for granted,” claiming that, despite going into the profession after reading radical critiques of the media like Herman and Chomsky’s Manufacturing Consent, and knowing others (like Chris Hedges) had been fired for opposing war, “I believed that honest journalism could be done. Nothing I read, however, came close to the dishonesty and deception I experienced while at Newsweek.”

He spoke of constantly self-censoring and modifying his language as to not rock the boat and how staff were totally overworked. Haddad himself wrote an average of four articles per day on complicated topics he admitted he often had no experience with whatsoever. This is a phenomenon called “churnalism” by academics, where reporters are turned into cogs in giant news machines, churning out vapid and shallow writing or copying corporate press releases for the profit of the outlet. This is one reason why trust in media has been falling since the 1970s, and particularly in the last few years.

He also discusses how the media manufactured public consent for military intervention in Syria. One example of this was his boss’s refusal to publish another of his stories questioning the legitimacy of Bana Alabed, the youthful face of the pro-intervention movement. Meanwhile, those who stand up against war are smeared as assets of foreign powers. He condemns what he describes as coordinated attacks launching “preposterous accusations” against antiwar voices such as Hawaii Congresswoman Tulsi Gabbard.

“Sadly, the resignation of Tareq Haddad is merely the latest in a long series of dedicated journalists quitting their job at mainstream news organizations that try to squeeze every penny out of the ‘news product’ while placating the powers that be.”

Perhaps the most truly alarming claim Haddad makes in his tell-all treatise is that there is a network of hundreds of deep state assets placed into newsrooms across the country, working to control what the public sees and hears, planting stories and quashing others. As he says:

The U.S. government, in an ugly alliance with those the profit the most from war, has its tentacles in every part of the media — imposters, with ties to the U.S. State Department, sit in newsrooms all over the world. Editors, with no apparent connections to the member’s club, have done nothing to resist. Together, they filter out what can or cannot be reported. Inconvenient stories are completely blocked.”

Dr. Boyd-Barrett compared his revelations to Operation Mockingbird, a widespread CIA infiltration of hundreds of agenda-setting news outlets throughout the United States during the 20th century, placing agents in key positions or persuading existing reporters to work with them. “The use of journalists has been among the most productive means of intelligence‑gathering employed by the CIA,” wrote the legendary investigative journalist Carl Bernstein, who broke the story for Rolling Stone in 1977. As such, Boyd-Barrett told us there is “nothing essentially new” with Haddad’s exposé:

Discerning critics have long assumed the wholesale penetration of our media ecosystem and universities by intelligence agencies and other special interests and every so often something emerges accidentally to confirm their worst fears.”

While initially fearing he might never work in the profession again, Haddad said that he is still weighing his options and is considering crowdfunding as a model to finance new investigations as an independent journalist.

“There are numerous stories that haven’t had the attention they deserve in the mainstream press and they are well worth investigating further. Also, it’s worth noting that because of my initial piece, several journalists have reached out to me with information I wasn’t previously aware of so there are several threads to be investigated more,” he revealed.

Haddad’s exposé of the corruption and collusion at the heart of modern journalism is something long-discussed by academics such as Bergman and Boyd-Barrett, but rarely does such a clear example present itself. His account undermines the credibility of the entire for-profit corporate model of news that prevails across the world, precisely the reason why you are unlikely to hear about it on CNN or in the New York Times.

Feature photo | A photo of Tareq Haddad is shown from his Twitter profile: @Tareq_Haddad.