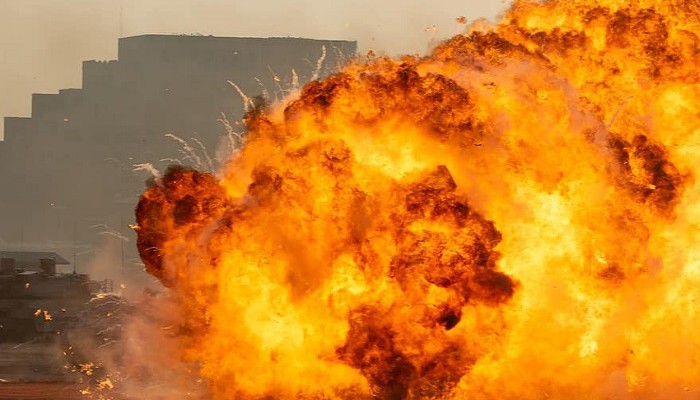 Disney is the subject of controversy in mainstream circles again, not because it is a sprawling monopolistic media megaconglomerate whose giant Mickey head is devouring the world like Galactus, but because parts of its live-action version of Mulan were filmed in Xinjiang province.

“Some viewers who paid to stream the movie on Disney+ last weekend found something troubling in the credits: Disney thanked eight government bodies in Xinjiang, a western province in China where around 2 million Uighur Muslims have been forced into concentration camps by the Chinese government. It turns out parts of Mulan were filmed in Xinjiang two years ago, well after the world knew about Beijing’s plan to ‘reeducate’ Uighurs with Communist Party doctrine.”

Now it is worth pointing out at this point that there is no reason to accept on faith the claim that two million Uighur Muslims have been forced into concentration camps in Xinjiang. The US-centralized empire is ramping up a propaganda campaign against China to manufacture support for cold war escalations with the goal of preventing the emergence of a true multipolar world, and that empire has an extensive history of lying about these things. There are massive, gaping plot holes in the Xinjiang narrative we’re being fed by the State Department stenographers in the mass media, and its key points of evidence always trace back to extremely dubious sources like the odious fanatic Adrian Zenz.

None of this proves the Uighur population isn’t being persecuted to some extent in Xinjiang; propaganda campaigns are typically wrapped around some sort of hard factual center and it’s entirely possible that there’s some degree of truth to them. We just have no reason to believe unproven claims by known liars at this time; there’s no proof of their claims that rises to the level required in a post-Iraq invasion world. Doesn’t mean you should believe the Chinese government are a bunch of girl scouts, it just means you don’t accept claims about them as true and verified when they are not.

But the point I’m actually interested in making today is that even if we were to pretend the establishment claims about what’s happening in Xinjiang have been completely authenticated by independently verifiable proof, it still wouldn’t be as bad as what the US is doing on the same front.

China’s official reason for having had what it calls voluntary “vocational training” camps is to fight extremism to counteract the large number of terrorist attacks that have been happening in Xinjiang, which even if involuntary would be similar to what has been tried by US allies like Saudi Arabia and France. It doesn’t matter if you believe China’s official argument; that’s irrelevant to the comparison I’m about to make because America’s official argument for its “war on terror” is bogus anyway.

A new report has found that at least 37 million people (a conservative estimate) have been displaced as a result of America's so-called “war on terror” since 9/11https://t.co/MsFul5zf7L

So that’s what China claims it’s doing to combat terrorism, and, even if we fully accept the CIA/CNN narrative on the matter as being 100 percent true, the consequences of that effort are that millions of Uighurs are currently imprisoned in cruel concentration camps.

Researcher Nicolas J S Davies put together a three-part investigation for Consortium News in 2018 to find out how many people had been killed in America’s post-9/11 wars. Part one covers Iraq, part two covers Afghanistan and Pakistan, and part three covers Libya, Syria, Yemen and Somalia. At the end of the series, Davies writes the following:

“Altogether, in the three parts of this report, I have estimated that America’s post-9/11 wars have killed about 6 million people. Maybe the true number is only 5 million. Or maybe it is 7 million. But I am quite certain that it is several millions.”

Several millions. Not detained. Not involuntarily subjected to re-education programs. Killed. Five to seven million lives snuffed out, in the name of fighting “terrorism”.

This is plainly worse than even the very worst things the US is accusing China of doing.

When imperialists yell the word "whataboutism" what they really mean is "Stop pointing out the damning contradictions, inconsistencies and hypocrisy of my position."

I do not bring this up with the intention of committing the unforgivable sin of “whataboutism”, but to point out that the governments, politicians, pundits and reporters who are rending their garments about human rights violations in Xinjiang do not actually care about human rights. If they did they would be putting more effort into attacking the depravity of their own government’s escalating “war on terror” than they are into unsubstantiated and far less egregious allegations against a nation that their government has targeted for balkanization.

I point this out because all the most prominent voices condemning China for human rights abuses in Xinjiang are not trying to help the Uighurs, they are trying to retain status and esteem in the globe-sprawling empire whose existence depends on continually destroying, undermining and absorbing any power which stands against them. Xinjiang is a geostrategically crucial region on the world stage for the role it’s to play in China’s Belt and Road Initiative, and both China and the US-centralized empire want it working in their own interests. Only difference is it is actually a Chinese territory.

Ignore the fake garment-rending of people who criticize other governments more than they criticize the far worse behaviors of their own. Stay focused on facts and evidence, be ever mindful of agendas, and remain always unapologetically skeptical of the narratives of power.