HOME / SOCIAL/CULTURAL / Nigeria Is Planning A False Flag In Switzerland: Notes From The Edge Of The Narrative Matrix 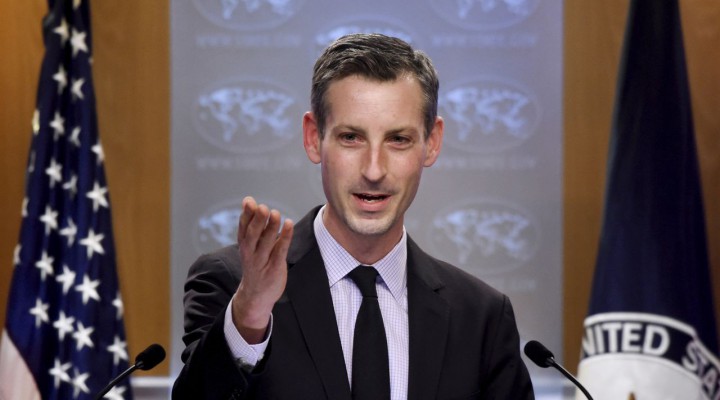 I’m declassifying evidence that Nigeria is planning a false flag operation in Switzerland. Are you ready? Here it is:

Nigeria is planning a false flag operation in Switzerland.

See, the evidence is me asserting it. If you doubt this evidence, you’re a propagandist for Nigeria.

What? You want proof? I just gave you the proof. I gave you my declassified intelligence assessment.

The evidence is secret. It’s secret evidence. What I can give you is the information we’ve obtained through thorough intelligence gathering methods in which our intelligence agencies have a degree of confidence. You’re free to doubt it and believe Nigerian propaganda instead, if that’s the sort of person you are.

Making your whole thing about opposing a rival political party is what people do when they lack the integrity to oppose the murderous empire that’s fully backed by both parties.

That saying “They got you fighting a culture war to stop you fighting a class war” is something you’ve got to take seriously. You can’t just dismiss it. Because if it’s at all true, even somewhat, then discourse on today’s left is completely fucked and ultimately power-serving.

Certainly you can’t reduce everything to class. Racial and sexual power dynamics are of course very real. The problem would be if those in power kept everyone focused on culture war dynamics instead of class, and kept the discourse from threatening real power. Is that happening? Is it happening at all? To any extent? Because to any extent that it is happening, power is being served and our own interests are being undermined.

You can’t just leave this question unanswered and unaddressed. It needs to be sincerely grappled with.

Whenever your anger is focused on any figure besides the western empire and its facilitators, the propagandists have succeeded in doing their job.

I kinda feel like this bit here contradicts that bit down there. https://t.co/PuR9qRBKKm pic.twitter.com/cV9zxmSrtM

It’s obvious that the Iraq invasion was facilitated by propaganda. It should be equally obvious that the powers who pushed that propaganda would have developed and refined their methods and learned new techniques since 2002, and that they would be using those tricks in today’s world.

Any time there’s a new escalation against an imperial target you’ll get people comparing the propaganda to the lead-up to Iraq, and then you get people pushing back with “This isn’t Iraq! It’s different in X ways!” But it wouldn’t look exactly the same. The science of propaganda has advanced a lot since that time.

There’s always some reason why this or that act of militarism or interventionism is completely different from its disastrous predecessors. Always. It’s all just bullshit designed to throw off our basic sense of pattern recognition.

I’m a tankie, but only because that word now means “Anyone who focuses their criticisms on the most murderous power structure on earth.”

Anyone who thinks it’s a good idea to fight the Russians hasn’t watched enough MMA.

Someone who wants to make peace with Russia in order to focus on ramping up aggressions against China is as worthless to anti-imperialists as someone who wants to legalize drugs so that law enforcement can focus on locking up gay people would be to civil libertarians. Being dovish on Russia but hawkish on China is not better than being hawkish on both; you’re pushing the same amount of aggression toward what is ultimately the same imperialist agenda, you’re just doing it a little differently.

The trouble with social media hate mobs is they don’t work on the people you want them to work on. Being subjected to a bunch of people yelling at you online can ruin your day if you’re a caring person who’s affected by how people feel about you, but if you’re a sociopathic politician, pundit or celebrity it’ll just be funny to you. So if you’re a healthy person you can be easily silenced and shut down by a few aggressive social media accounts, while if your brain has a missing or malfunctioning empathy center you’re guaranteed to keep your voice. It’s one of the many ways our setup uplifts sociopaths.

Until we find a way for healthy people to be as comfortable in the spotlight as sociopaths are, they’ll always have a massive advantage over us. So many aspects of our society are tilted to the advantage of people with no empathy, like the way capitalism rewards anyone who’s willing to do whatever it takes to out-compete everyone else and climb to the top. In a sense that’s the source of all our major problems.

If you want to have integrity you want your personal psychology to line up with your political ideals. Plenty of leftist men harbor deep-seated misogyny. Many libertarians who promote personal responsibility blame their personal problems on others. You want it all to line up.

The US Empire Is More Dangerous Than Ever Before: Notes From The Edge Of The Narrative Matrix

We’ll Either Rise As A Collective Or Perish As Individuals: Notes From The Edge Of The Narrative Matrix

0 thoughts on “Nigeria Is Planning A False Flag In Switzerland: Notes From The Edge Of The Narrative Matrix”