HOME / SOCIAL/CULTURAL / Seeds Of Awakening: Notes From The Edge Of The Narrative Matrix 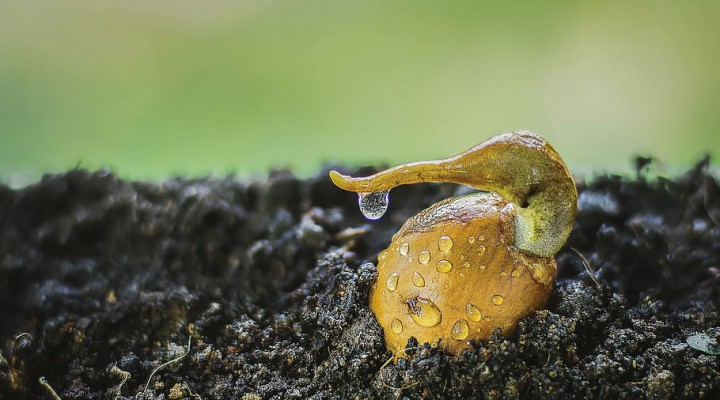 If we’re honest with ourselves, electoral politics has failed and we need a revolution.

If we’re really honest with ourselves, revolution will fail until propaganda is eliminated.

If we’re really really honest with ourselves, everything will fail without a mass-scale awakening.

The most revolutionary thing you can do is use your creativity to find ways of helping people see the insanity of the status quo with fresh eyes. Punching holes in the manufactured normality so that people can see beyond the bullshit they’ve all gotten used to and really grok just how ugly and disgusting things have gotten will do infinitely more damage to the empire than just listing facts and figures and talking about how things ought to be.

Heinlein said “Man is not a rational animal; he is a rationalizing animal.” This is true of media psyops; people think they hate an empire-targeted nation/person because of reasons X, Y and Z, but really it’s because the empire targeted them, and then propagandists rationalized it.

If people were really honest with themselves, they’d say “You know I think I hate that Official Bad Guy of the Day because of reasons X, Y and Z, but maybe it’s actually because he began inconveniencing the empire, and for that reason the media started telling me to hate him?” But generally they don’t, because it’s uncomfortable admitting to yourself that you have not been thinking rationally; that you have actually been rationalizing the entirely irrational behavior of a depraved empire without realizing it, just because the TV told you to.

“Who benefits from my beliefs?”

“Is anyone who could have benefitted from my beliefs responsible for putting them in my mind?”

If we want to live lucidly, we must maintain a standing examination of these two questions. They’ll turn up some very interesting and surprising answers. It will turn up answers relating to politics, imperialism and religion of course, and, unless you’ve been very lucky, it will also turn up answers relating to people in your life who put beliefs in your head in order to dominate and control you in various ways.

The problem is that people without functioning empathy centers are willing to do anything to get power and are able to use narrative manipulation to obtain it. You can add as many individual details as you like, but around the world this is the primary obstacle to human thriving.

In Tolkien’s Middle Earth, the affairs of men are dominated by a cabal of wizards who understand the esoteric art of using language to manipulate reality in a way that advantages powerful rulers… Oh wait sorry that’s regular earth I was thinking of. That’s what happens here.

To awaken from the establishment propaganda matrix is extremely uncomfortable, because the status quo becomes intolerable. This is a good thing. It means if you can help someone else awaken they’ll experience the same discomfort, which will drive them to awaken others, and so on.

Mehdi Hasan is not a leftist, he just understands how to advance mainstream centrist agendas using leftist framing.

If the deep state really had a problem with Trump they wouldn’t keep letting the Dems run spectacularly unelectable candidates against him.

The Biden vs Trump debates are going to horrify the world. The shiny happy mask of American democracy is going to slide right off on the international stage and the true face of empire will be revealed. The gasp will be audible from space. So there’s that.

Without being raised in a media environment saturated with establishment propaganda it would never occur to anyone to call a violent authoritarian extremist like Joe Biden a “moderate”, or “electable”.

Biden could very easily be replaced by an empty chair with the words “NOT TRUMP” scribbled on it in sharpie. People would barely notice.

No, refusing to support Biden is not a sign of privilege. A sign of privilege is supporting the status quo which continually murders and exploits the most vulnerable populations at home and abroad regardless of which sock puppet is in office.

Once you stop believing the fairy tale that there are two separate political parties in America – an evil and abusive one and a less evil and abusive one – you just see one big nasty dickhead telling you “Vote for my left-handed sock puppet or I’ll beat you up with my right one.”

What is the sane response to such a situation? Is it to placate this asshole and say “Oh no please sir don’t beat me up, I’ll play whatever game you want”? Or is it to stand up and say “How about no? How about you don’t get to beat up anyone at all?”

The dickhead might say “You play my games or I’ll beat up under-privileged groups! I mean, I’ll still beat them up either way, but I’ll beat them up worse if you don’t play!” Do you placate the monster? Or do you turn around and say “No. No you don’t get to beat up anyone”?

FYI if your leftism/anarchism sees you siding with the CIA and State Department against targeted governments, then you are not a leftist or an anarchist. You’re just one more gullible tool helping to shore up more power for the most dangerous authoritarian regime on the planet.

It’s so funny how people who consider themselves anti-authoritarian so often find themselves effectively siding with the most powerful government in the world which openly proclaims that all other civilizations must bow to its will or be obliterated.

“Aren’t you Australian?” asked the nineteen thousandth inhabitant of a strange reality tunnel where US politics only affect Americans.

I’ll never get used to the fact that I focus my attention on the most powerful and deadly government on the face of the earth, and people are so propagandized that they see this as a strange thing to do.

Hoping that a critical mass of people rise up and force change, despite being aggressively propagandized not to, is hoping for a miracle. The unspoken part of our plan is always “And then hopefully we’ll just spontaneously start waking up.” They talk about organizing and grassroots activism, but these plans always include an unacknowledged x-factor in which people suddenly begin working against the interests of establishment power structures for some miraculous reason and begin turning this ship around.

Revolutionary thought is an act of faith. If we’re honest with ourselves, as a group we’re a fair bit less atheistic than we pretend to be.

And yet, I maintain that this faith is entirely reasonable. I believe we do have the seeds of a miracle planted deep within us. I’ve seen too much not to.

We Are Ruled By Wizards

0 thoughts on “Seeds Of Awakening: Notes From The Edge Of The Narrative Matrix”