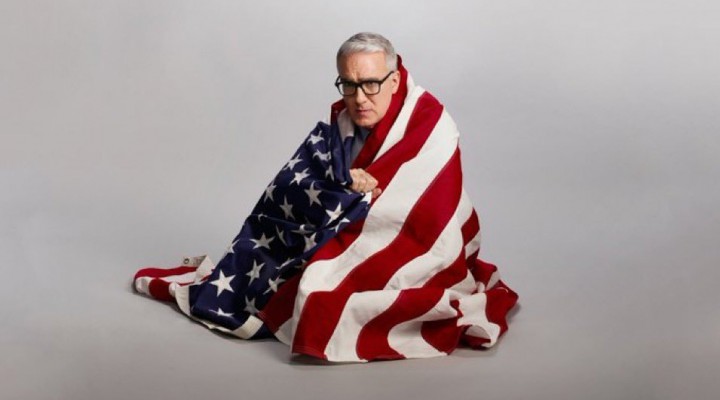 Proving once again he doesn’t care who he has to step on to claw his way to rock bottom, fallen liberal media hero Keith Olbermann has called for the complete removal of left wing comedian and podcaster Jimmy Dore from all internet platforms.

“Time to ban this feral succubus Jimmy Dore from Twitter and other platforms,” Olbermann told his one million Twitter followers on Friday.

Olbermann’s wrath was incurred by a short video clip bizarrely described as “misogynistic” in which Dore portrayed out of touch liberal elitist Emma Vigeland as an out of touch liberal elitist, saying that if people like her ever tried to bring their esoteric university Marxist wankery around actual working class people they’d get punched in the face and told to go back to their cul-de-sac. It probably also didn’t help that Dore has done multiple segments on Olbermann’s slide into flag-draped gibbering lunacy following the election of Donald Trump, including his public apology to war criminals George W Bush and John McCain, his demented Russia hysteria, and his support for NSA surveillance of US media figures.

“Someone got their feels feels hurt and now they wanna censor their critics like a regular authoritarian fascist,” Dore responded to Olbermann’s post.

Time to ban this feral succubus @jimmy_dore from @Twitter and other platforms https://t.co/qMUcNJq4Eg

You can always count on the less reality-anchored pundits to say out loud what the rest are thinking in private. Support for internet censorship is now a mainstream position among the so-called “moderates” of the warmongering corporatist Democratic Party, not just for people to their right but for people to their left as well. If it were up to these freaks the entire internet would just be a bunch of Wall Street liberals agreeing with each other that Trump is bad and Jen Psaki is a strong yet sensual warrior princess.

The Emma Vigeland tweet that Dore was riffing on in the clip was more hand-wringing about a “red-brown alliance” that all grown adults should realize by now was never anything other than a narrative management campaign to keep leftists from moving too far from the establishment-authorized Overton window of acceptable opinion. For years a strain of western leftist thought has been shrieking hysterically about an impending alliance between socialists and fascists, and yet the only evidence they’ve been able to produce in all that time that this is happening are things like Glenn Greenwald going on Tucker Carlson, Dore interviewing an antiwar Boogaloo Boy one time, and me making some mistakes early on in my writing career. Only by the most determined mental gymnastics is this anywhere remotely close to the same universe as the Night of the Long Knives Strasserism fantasy that “red-brown alliance” fearmongers have been masturbating to, and it’s time for everyone to admit that they were wrong about this imaginary threat.

And while everyone was freaking out about the idea of imaginary fascism sneaking in through the back window, actual fascism strolled through the front door. More and more excuses are being invented to censor, deplatform and marginalize everyone outside the Overton window of war, oligarchy, ecocide and oppression, and more and more people within that window are becoming increasingly comfortable with the idea. Internet censorship, jailing journalists for telling the truth about the powerful, mind-warping mass propaganda campaigns and rapidly escalating authoritarianism are all becoming normalized throughout our society, and it can’t lead anywhere good.