HOME / SOCIAL/CULTURAL / How Did People Have Conversations Back Before Tech Oligarchs Were There To Police Them? 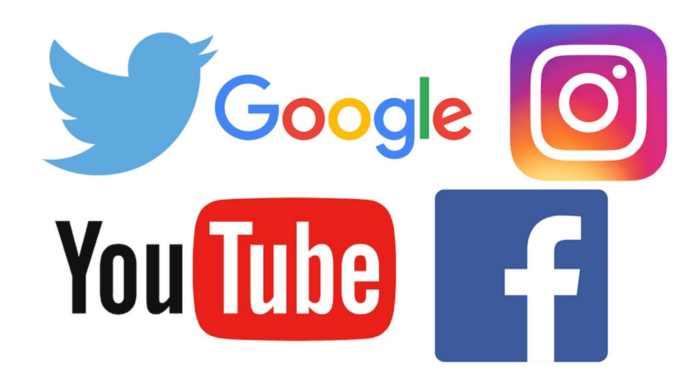 Twitter has announced the rollout of even more censorship policies in the lead-up to the November US presidential election.

“Starting next week, when people attempt to Retweet a Tweet with a misleading information label, they will see a prompt directing them to credible information about the topic before they can amplify it,” Twitter informs us, with “credible information” of course meaning information from the same mass media outlets who’ve lied to us about every American war throughout their entire existence.

“We’re taking more steps to encourage thoughtful amplification by preventing Tweets that have been ‘followed by’ and ‘liked by’ accounts you don’t follow from showing up in your timeline,” adds Twitter, as though the social media echo chamber that is turning us all into idiots wasn’t bad enough.

Get ready for even more censorship of Twitter, in the name of "election integrity" https://t.co/EUD74jXj62

This is just the latest in the stack of additional censorship measures that Silicon Valley tech corporations have been rolling out in open coordination with the US government under the banner of protecting American democracy. We may be certain that none of these measures will be rolled back when the election is over.

As my regular readers are no doubt tired of hearing me repeat by now, when you have monopolistic tech corporations which attract the bulk of online communication coordinating with governments to censor speech, what you have is government censorship. As Matt Taibbi recently wrote after the irrational Facebook purge of QAnon cultists, this censorship regime is continually expanding and this expansion is likely to continue, especially in the direction of those who oppose these same establishment power structures that are promoting this censorship.

It’s just so brazenly authoritarian. The only reason people are putting up with it is because they’ve spent four years being bombarded with horror stories about Russian propaganda and right-wing disinformation by the same plutocratic media institutions that are now being upheld as “authoritative sources”. But the fact that consent has been successfully manufactured doesn’t make it okay.

Imagine if you were at a party and a bunch of guys with clipboards who work for the government were going around from group to group listening to the conversations people were having and forcibly removing anyone who said anything they deemed false or disruptive. Would you be okay with this? Even if the people they dragged out of the social gathering were saying things that were indeed false?

Of course you wouldn’t. Nobody would find such an occurrence acceptable, but because basically the same thing is happening on the relatively unfamiliar conversation forum known as social media, people accept the authoritative voices of the plutocratic punditry who are telling them it’s normal.

"This current system is… non-transparent, invites government recommendations on speech, allows a gameable system of anonymous complaints to influence content, and gives awesome power to an unelected, unaccountable body of private media regulators."https://t.co/cbovV5Lmn4

Well it’s not normal. How do people think conversations happened back before there were monopolistic tech oligarchs policing their words in coordination with the government to make sure they weren’t hazardous to democracy? Did they forget that this wasn’t something that used to happen? Do they think before online political discourse people used to have to meet at the FBI headquarters to have a fed supervise their conversation if they wanted to debate whether or not a conspiracy theory is true?

No, people just talked to each other. Sometimes what people said was true, sometimes it was false, sometimes it was an idiotic urban legend about a Hollywood celebrity putting rodents in their butt, but at no time did anyone stop and think they needed a team of billionaires and government agents to jump in and police their conversations for them.

It’s abnormal, it’s insane, it serves only the powerful, and it’s being advanced by the powerful. The powerful understand the primacy of narrative control; they understand that they are vastly outnumbered by the rank-and-file public their continued rule is therefore entirely dependent on their ability to control how people are thinking, speaking, acting and voting. These rollouts of corporate and state power collaborating to control speech are not a response to a threat to democracy, they’re a response to a threat to narrative control.

In my mind, this argument became complicated in 2017, when the Senate Intelligence Committee dragged Facebook, Twitter, and Google to the Hill and essentially ordered them to come up with a “mission statement” explaining how they would prevent the “fomenting of discord.”

It’s right there in black and white: censor speech to prevent “discord”. This coordination between corporate and state power to censor speech has gotten more and more egregious ever since, just as it was designed to be. Government power has been threatening online platforms like Google and Facebook with antitrust cases in order to ensure compliance with government power from them, and as long as these platforms bow to the pressure and keep expanding the censorship regime that is designed to protect imperial power structures, they’ll probably be safe.

Why don't you just start your own CIA..https://t.co/C36adyJxVk

You can’t reach billionaire levels of influence and wealth control in the current system without collaborating with existing power structures; if your collaboration isn’t trusted you’ll find yourself targeted like TikTok and WeChat. This is why all the libertarians and free market types who say Silicon Valley censorship can be fought by moving to a different platform are false; no platform is going to be allowed to rise to the level of Facebook, Twitter or YouTube unless it aligns itself with the same power structures that are pushing censorship on those platforms. This is why attempts to compete with them keep failing.

These platforms were built with the help of establishment power structures, and they are maintained with the consent of those power structures. A few giant platforms sucking up all human conversation to then censor those conversations in alignment with establishment interests is an extremely valuable asset to the powerful, and they’re not going to let it go easily. It’s an extremely effective weapon against dissident thought.

First the wealthy controlled the newspapers, then they controlled the radio, then they controlled television, now they control online speech. It’s been the same story for centuries, and in each instance they collaborated with existing power structures to protect the status quo upon which their kingdoms were built. They did this because they understood the real secret of power: that whoever controls the narrative controls the world. Humanity will only transition into a healthy collaborative way of functioning on this planet when everyone else awakens to this truth as well.

0 thoughts on “How Did People Have Conversations Back Before Tech Oligarchs Were There To Police Them?”