Assange’s Imprisonment Reveals Even More Corruption Than WikiLeaks Did 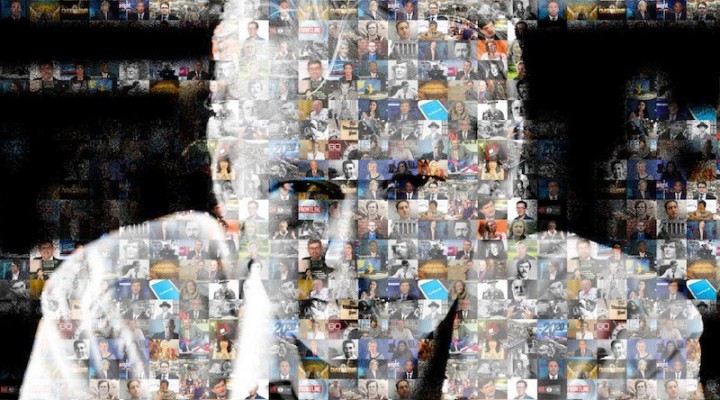 Consortium News has launched a new series titled “The Revelations of WikiLeaks”, geared toward helping readers come to a full appreciation of just how much useful information the outlet has made available to the world with its publications. Which is good, because there’s a whole lot of it. Understanding everything that WikiLeaks has done to shine light in areas that powerful people wish to keep dark makes it abundantly clear why powerful people would want to dedicate immense amounts of energy toward sabotaging it.

What’s even more interesting to me right now, though, is that if you think about it, the completely fraudulentarrest and imprisonment of Julian Assange arguably exposes more malfeasance by government and media powers than what has been revealed in all WikiLeaks publications combined since its inception. And we can use that as a weapon in waking the world up to the dystopian manipulations of the powerful, in the same way we can use WikiLeaks publications.

Really, think about it. Thanks to WikiLeaks we know about a military cultural environment in the Iraq war that was toxic enough to give rise to US servicemen merrily gunning down civilians, including two Reuters war correspondents, while whooping and exchanging verbal high-fives. We know that the CIA cultivated a massive cyber-arsenal which enables them to spy through smartphones and smart TVs, remotely hijack vehicles, and forge digital fingerprints on cyber-intrusions to make it look to forensic investigators as though hackers from another nation was responsible, and that they lost control of this arsenal. We know about the DNC’s agenda to undermine Bernie Sanders during the primary in violation of its charter, that Hillary Clinton told a group of Goldman Sachs executives that she understood the need to have “a public position and a private position”, and that Obama’s cabinet was basically selected for him by a Citigroup executive. We know that and a whole lot more, information which mainstream and alternative media reports use to this very day when constructing analyses of what’s going on in the world.

All of these things are of course hugely significant. But are they anywhere near as significant as the earth-shakingly scandalous revelation that the US government and its allies conspired to imprison a journalist for reporting facts about the powerful? That the governments of America, Ecuador, the UK and Australia all worked in concert to arrange a series of bureaucratic technicalities which all aligned perfectly to create a situation that just so happens to look exactly the same as imprisoning a journalist for telling the truth?

I personally don’t think so. I think the only thing which keeps this scandalous revelation from registering in the minds of the greater public with the magnitude it deserves is the fact that the mass media doesn’t treat it like the scandal that it so clearly is. If, for example, the mass media were treating this open act of tyranny with the same enthusiasm they treated the Democratic Party emails as they were published drop by drop in the lead-up to the presidential election, or the same enthusiasm they regarded the diplomatic cables or the Collateral Murder video, everyone would be up in arms at the fact that their government was acting in a way that is functionally indistinguishable from what’s done to journalists by the most totalitarian dictatorships in the world.

And that refusal of the mainstream media to run virtually anything but smear pieces is, in and of itself, a part of why this scandal is so breathtaking in its audacity. The legal precedent that they are attempting to set with the extradition, persecution and prosecution of Julian Assange for everyday acts of journalism will affect every journalist on the planet, working or retired, professional or citizen. This literally endangers the lives and freedom of every single person working in every single one of those outlets, and they are all either ignorantly cheering it on, or too scared to care. The CIA and Pentagon have weaponized public opinion by using the most advanced psychological weapons known to man, and although the main barrier to fighting his persecution is simply the social shame of going against the tribe, it’s effectively turned the press upon itself. The free press is gaslighting itself into total and absolute submission.

And we can see that this is happening. And we can point to it.

Let's go on a graphic tour of some of WikiLeaks biggest exposures of wrongdoing and criminality from our corrupt elites. This is why they want Julian Assange silenced (and anyone else daring to do expose them).

What I’m getting at with all this is that it’s important to keep in mind that the US-centralized empire has given us information that can be used against it in devastating fashion if we’re clever. Even while Assange is locked behind bars, even while whistleblowers are being intimidated away from whistleblowing and journalists are being intimidated away from publishing leaks, we are being given information that we can circulate and attack the propaganda machine that’s keeping humanity docile and enslaved.

By locking up Assange, they’ve inadvertently exposed themselves for what they are, and we are now able to point at it for everyone to see. They reached too far out into the light and exposed their true face.

Never stop using this information to attack the promulgators and beneficiaries of disinformation. Never stop referring to the US and UK as “a government which imprisons journalists for publishing inconvenient facts”. Never stop calling out the hypocrisy when westerners criticize other governments for locking up journalists. Never stop reminding people who pretend to care about the free press when Trump makes mean tweets about a CNN reporter that they are willfully ignoring a threat to the free press that is infinitely greater in this administration’s prosecution of Assange. This is what they are. If anyone denies it, engage them in debateand show everyone why they’re wrong.

Never, ever stop reminding everyone of what has undeniably been revealed in the imprisonment of Julian Assange.

The Prosecution Of Julian Assange Is Infinitely Bigger Than Assange