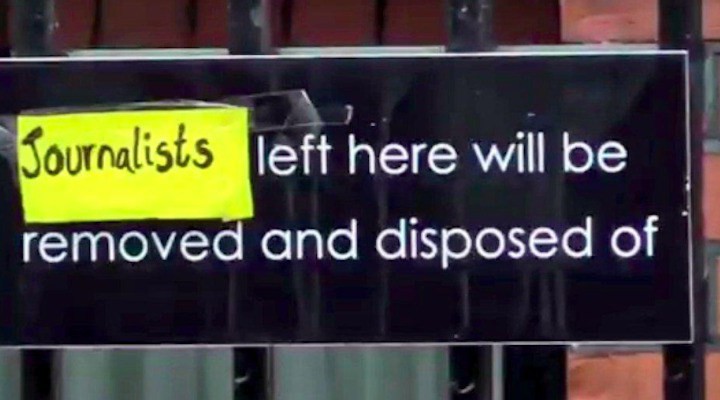 Following the arrest of WikiLeaks founder Julian Assange, top UK officials all began simultaneously piping the following exact phrase into public consciousness: “No one is above the law.” 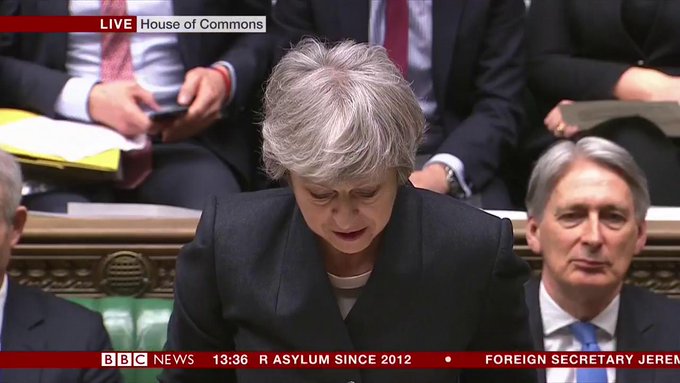 “In the United Kingdom, no-one is above the law” – UK PM Theresa May on arrest of Wikileaks co-founder Julian Assange at Ecuadorian embassy in Londonhttp://bbc.in/2UtyuA1  #Assange

1,409 people are talking about this

“This goes to show that in the United Kingdom, no one is above the law,” Prime Minister Theresa May told parliament after Assange’s arrest.

“Julian Assange is no hero and no one is above the law,” tweeted Foreign Secretary Jeremy Hunt.

“Nearly 7 years after entering the Ecuadorean Embassy, I can confirm Julian Assange is now in police custody and rightly facing justice in the UK. I would like to thank Ecuador for its cooperation and @metpoliceuk for its professionalism. No one is above the law,” tweeted Home Secretary Sajid Javid.

But what is “the law” in this particular case? What they are constantly referring to as “the law” with regard to Assange is in fact nothing more than a combination of ridiculous bureaucratic technicalities which can be (and have been) interpreted very differently, but are now instead being interpreted in a way which just so happens to lead to a truth-telling journalist being locked in a cage, awaiting extradition to the same government which tortured Chelsea Manning.

Now, the US is a Free Democracy™. When you are a Free Democracy™, you can’t just go around imprisoning journalists willy nilly simply for telling the truth about your government. That’s something other countries do, bad countries, the kind of country the US routinely invades in order to help spread Freedom and Democracy™. The US would never do that. But it would diddle a bunch of narratives in such a way that just so happens to achieve exactly the same result.

438 people are talking about this

As we discussed yesterday, the Trump administration’s extradition request is accompanied by criminal charges which are based on the same information which the Obama administration declined to charge Assange for, a point which has been discussed in more detail in a new article by The Intercept‘s Glenn Greenwald and Micah Lee. The Obama administration looked at the evidence and concluded that there was no way to charge Assange with anything without endangering press freedoms, then the Trump administration looked at literally the exact same evidence and said screw press freedoms, we’re going after him. They wanted to punish Assange and show the world what happens to a journalist who exposes US war crimes, so they changed the narrative to make it happen.

But they couldn’t extradite Assange from the UK if the British government didn’t legally have Assange in custody.

To get around this problem, the UK, which is functionally just a province within the US-centralized empire, used a bail technicality to justify his arrest. After the Swedish government decided to drop its sexual assault investigation without issuing any charges, Assange’s legal team attempted last year to get a British arrest warrant dropped for a bail violation which went into effect when the WikiLeaks founder took political asylum in the Ecuadorian embassy. The judge in that case, Emma Arbuthnot, just happens to be married to former Tory junior Defence Minister and government whip James Arbuthnot, who served as director of Security Intelligence Consultancy SC Strategy Ltd with a former head of MI6. Lady Arbuthnot denied Assange’s request with extreme vitriol, despite his argument that British law does have provisions which allow for the time he’d already served under functional house arrest to count toward far more time than would be served for violating bail. The British government kept police stationed outside the embassy at taxpayers’ expense with orders to arrest Assange on sight.

But they couldn’t arrest Assange as long as he had legal political asylum in the Ecuadorian embassy.

To get around that problem, Ecuador’s new president Lenin Moreno found himself being courted by the US government, meeting with Vice President Mike Pence and reportedly discussing Assange after US Democratic senators petitioned Pence to push for Moreno to revoke political asylum. The New York Timesreported last year that in 2017 Paul Manafort met with Moreno and offered to broker a deal where Ecuador could receive debt relief aid in exchange for handing Assange over, and just last month Ecuador ended up receiving a 4.2 billion dollar loan from the Washington-based IMF. And then, lo and behold, we just so happen to see Ecuador justifying the revocation of political asylum under the absurd claim that Assange had violated conditions that were only recently invented, using narratives that were based on wild distortions and outright lies. 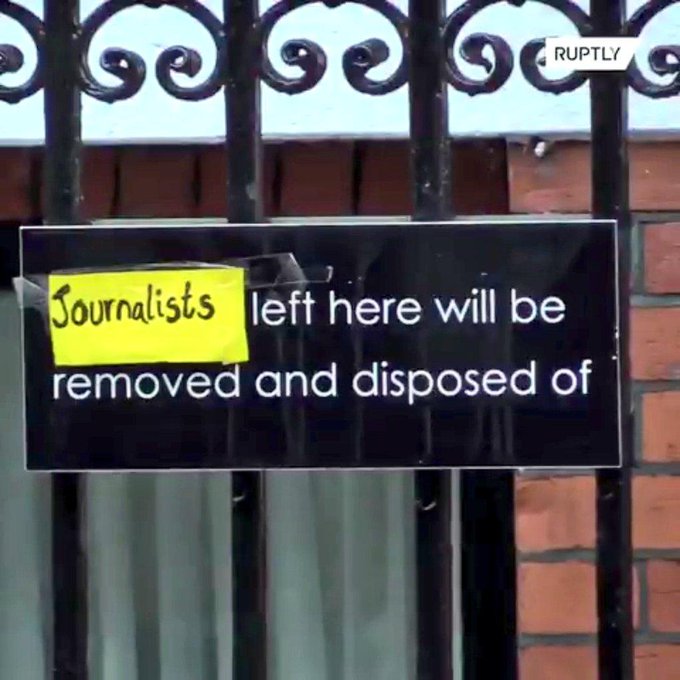 In this way a kind of narrative funnel was created, funneling Assange from the embassy to British police on the imaginary narrative that Assange had violated asylum conditions and that he needs to serve time for a bail violation, which in turn allows for Assange to be funneled from the UK into the US on the imaginary narrative that he broke some kind of law by trying to help Chelsea Manning cover her tracks and avoid detection, which is all made possible by the fact that the government of Australia (another province in the US-centralized empire) has refused to provide any protection for its citizen. And the end result just so happens to look the same as what you see when a journalist tries to expose malfeasance in an overtly totalitarian government.

They keep saying “No one is above the law,” but what they really mean is “No one is safe from the law.” Our rulers are using Assange to show that they can get anyone who tells the truth about them, even if there are laws and policies in place which ostensibly prohibit that.

Manipulators love the rule of law, because they are able to twist it toward their infernal ends. It’s always possible to squint at laws in such a way that it allows them to be interpreted to the benefit of the powerful, which is why lawyers are often horrible human beings. All the most horrific things that have been done throughout the history of civilization have been carried out not by criminals but by law-abiding citizens, because they were perfectly legal under the ruling governments of that time. Genocide, slavery, torture, the use of the atomic bomb: all perfectly legal and state-sanctioned in their time.