HOME / WORLD / Who are Thailand’s “Student” Protesters and Why Does the Western Media Promote Them? 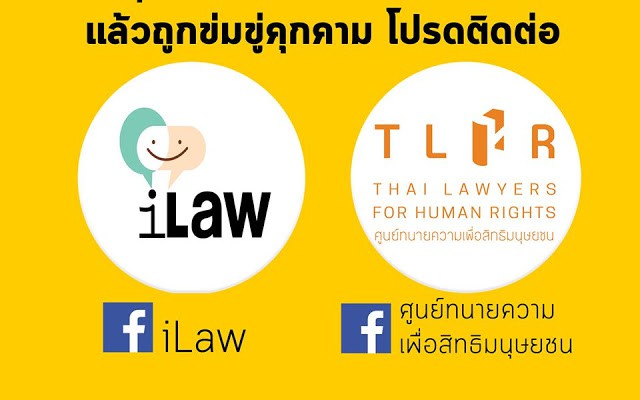 Fighting for corrupt US-backed billionaires looks better when “students” say they are doing it for “democracy.”

The Western media regularly refers to ongoing Thai protests as “student protests” and claims they are “leaderless” similar to how US-backed unrest in Hong Kong was spun.

This changed when the movement’s leaders were recently arrested and the media rushed to their defense.

Among these leaders was Parit “Penguin” Chiwarak – leader of the much mentioned but poorly scrutinized “Student Union of Thailand” (SUT) – alongside Anon Nampa of the US government-funded front “Thai Lawyers for Human Rights (TLHR). 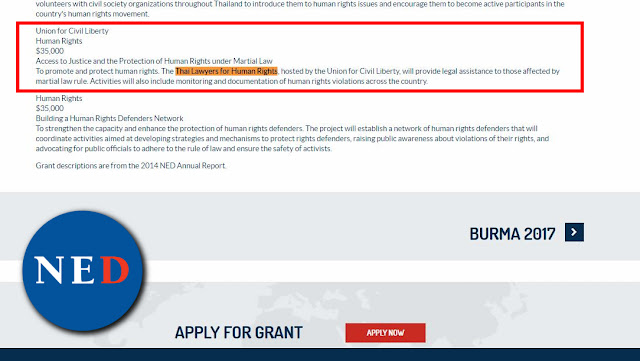 It is SUT – with a clear leadership structure, founders, and spokespeople – who organize, announce, promote, and lead protests that are anything but “organic” and “spontaneous.”

SUT does so with considerable support from not only opposition parties but also fronts funded by the US government via the notorious National Endowment for Democracy (NED). These include Prachatai, the above mentioned TLHR, and iLaw which is currently organizing a petition to rewrite Thailand’s constitution.

SUT – in turn – regularly re-posts and promotes the activities of these US government-funded fronts. 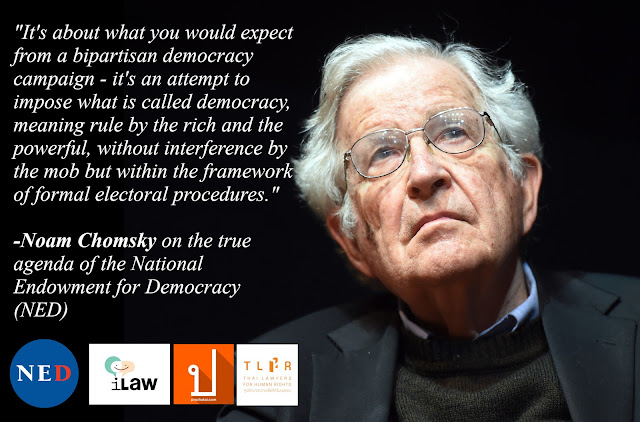 It’s about what you would expect from a bipartisan democracy campaign – it’s an attempt to impose what is called democracy, meaning rule by the rich and the powerful, without interference by the mob but within the framework of formal electoral procedures.

This is precisely what SUT and its sponsors are attempting to do – to seize power under the illusion of pursuing “democracy” but in reality promoting the interests of very specific political opposition parties and their foreign sponsors.

Where Did SUT Come From?

The Bangkok Post itself would write an article in 2018 about the founding of SUT. 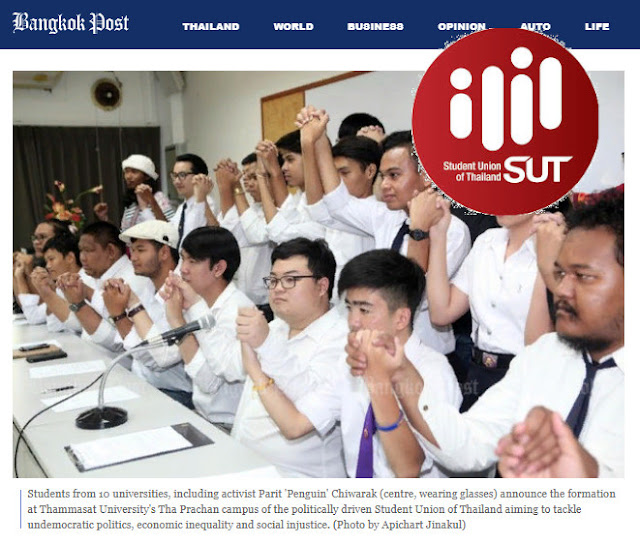 Led by activist Parit “Penguin” Chiwarak, students from 10 universities have set up the Student Union of Thailand in a bid to tackle undemocratic politics, economic inequality and social injustice.

In the picture included in the article, holding hands with Parit is Tanawat Wongchai – another figure often seen on stages during recent protests.

Who are these “students” leading SUT, what were they doing before they founded SUT, and who are they affiliated with and supported by?

Hanging Out with Billionaires and Ambassadors

Parit’s own Facebook page is a treasure trove of background information the Western media omits for many obvious reasons.

He is an eager braggart when invited to Western embassies. He has been to the British embassy on at least 2 occasions, admittedly to discuss protests and opposition to the current Thai government.

He also posted a picture of himself attending an event organized by the German embassy – flanked by other opposition figures with clear ties to the political parties of billionaire fugitive Thaksin Shinawatra and his nominee, Thanathorn Juangroongruangkit.

In addition to his cozy relationship with Western embassies in Thailand, Parit has also visited Hong Kong to meet with US-funded and backed opposition leader Joshua Wong whose style of violent protests serve as a template Parit and the SUT are clearly replicating in Thailand. 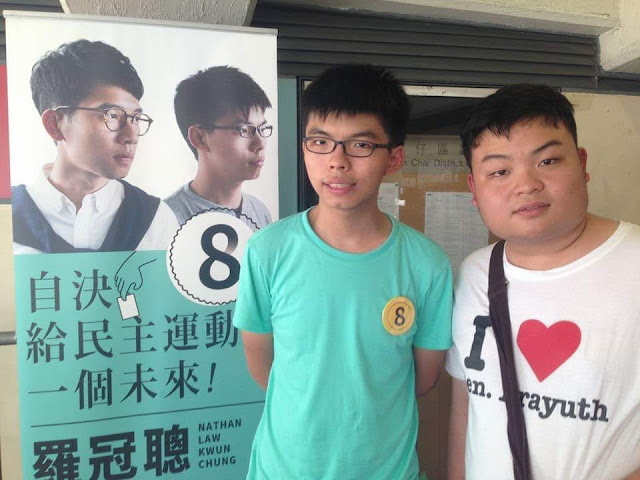 Parit also has a large collection of photos of various occasions he has met with and attended events with billionaire opposition leader Thanathorn himself – with both of them and other “activists” all flashing the “3-finger salute” used as a symbol for these supposedly “leaderless” “student protests.” 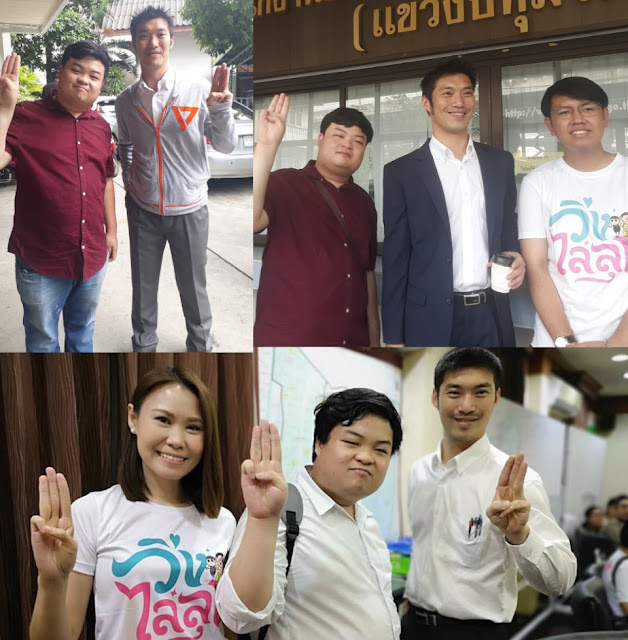 In fact, go far enough back in time and Parit’s Facebook posts reveal how not only Thanathorn himself was a key figure in creating these protests in the first place often leading them in person – it also reveals how these protests evolved from red shirt rallies in support of Thaksin Shinawatra and his sister Yingluck Shinawatra.

The secretary general of Thanathorn’s Future Forward Party – Piyabutr Saengkanokkul – had played a key role in rebranding Thaksin’s red shirt mobs into the “student protesters” they are today. 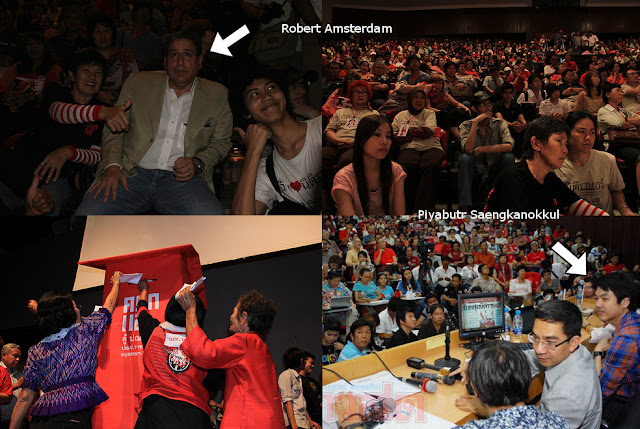 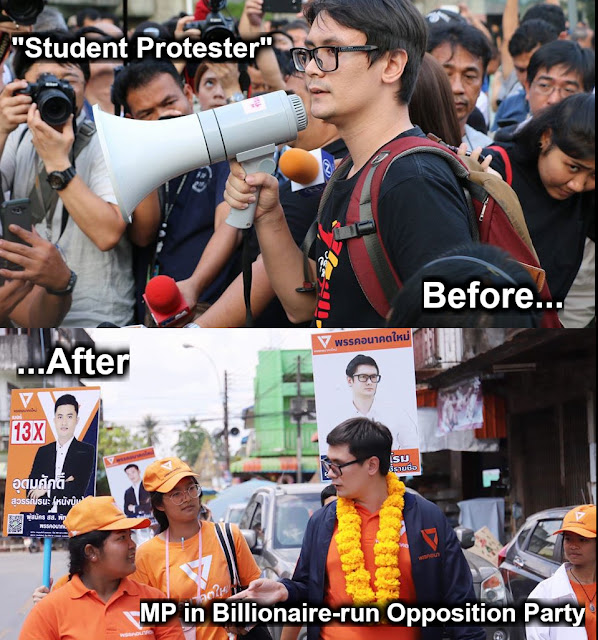 The Bangkok Post would admit as recently as last month, Rangsiman was still attending protests – despite being a serving MP. One article admitted:

After the end of the rally, Rangsiman Rome, a Move Forward Party MP and former student activist who attended the rally as an observer, offered to take the core leaders of the demonstration to their homes.

Thanawat – pictured beside Parit during the founding of SUT – is not only often seen consorting with Thanathorn and his political party but also regularly supports and defends Thaksin and Yingluck Shinawatra including re-posting an old selfie taken with him and Yingluck in which he declares, “she is just as beautiful as before.” 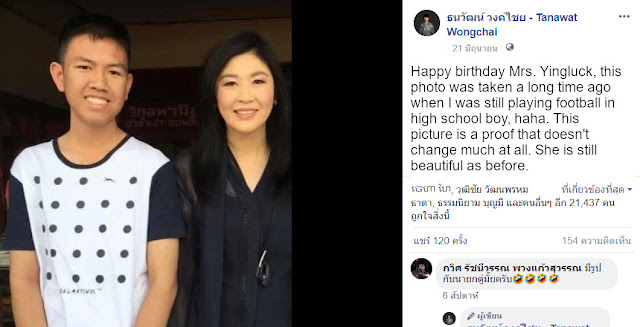 Some might claim that these activists and the parties they clearly support and are supported by – as well as their foreign sponsors – are all genuinely concerned about human rights and democracy in Thailand. But why do they deny these obvious, documented connections between each other and attempt to hide them?

It is hidden because the interests these protests serve have nothing to do with democracy or human rights.

Thaksin Shinawatra was an unabashed autocrat when in power and to this day claims the odious title of worst human rights offender in Thai history having nearly 3,000 put to death in 90 days alone during his 2003 drug war and the intimidation and assassination of his political opponents a regular occurrence even after he was ousted from power in 2006.

Thanathorn is the benefactor of inherited wealth – a billionaire merely because his last name is Juangroongruangkit. Before turning to politics, Thanathorn spent his years busting unions in his family’s factory.

The US and UK governments are – on a global scale – guilty of the worst human rights abuses of the 21st century with the invasions of Iraq and Afghanistan as well as deadly interventions in Syria and Libya as just a few examples. The US-UK are both openly interfering in politics across Asia in an admitted bid to contain China – not to actually promote “democracy.”

Since it is difficult to justify rallying in the streets for corrupt billionaires, their bid to return themselves to power, and ultimately to serve deeply corrupt interests overseas at the expense of Thailand’s peace, prosperity, and sovereignty – it is required to create a facade of alleged human rights and pro-democracy causes to hide behind.

Thailand’s current protests aren’t “youth” or “student” led – they are attempts by deeply corrupt opposition parties led by equally corrupt billionaires and their foreign sponsors to rebrand their ongoing bid for power as “youth” and “student” led.

SUT’s founding members started out as supporters of Thaksin Shinawatra and his political machine and their more recent “student protests” are merely a rebranded effort to continue that support.

SUT does not support democracy and human rights – but a billionaire and his political machine who regularly trample both in reality many times worse than the most absurd accusations made against Thailand’s current leadership.

0 thoughts on “Who are Thailand’s “Student” Protesters and Why Does the Western Media Promote Them?”