HOME / WORLD / Covert Regime Change: Why is a US Government-funded NGO Petitioning to Change the Thai Constitution?

US meddling in Thailand is part of a much wider regional effort to pressure or overthrow governments deemed to have “tilted too close” to China. Thailand is one of China’s key partners in Southeast Asia with many major arms deals, economic trade, and infrastructure projects ongoing and with Thailand having repeatedly refused to cooperate with the US on issues like the South China Sea.

If Russia was funding an NGO in the US petitioning for the US Constitution to be rewritten – and rewritten specifically to make it easier for Russian-backed politicians to get elected into the US government – one could expect an immediate and extreme backlash across the media exposing this. 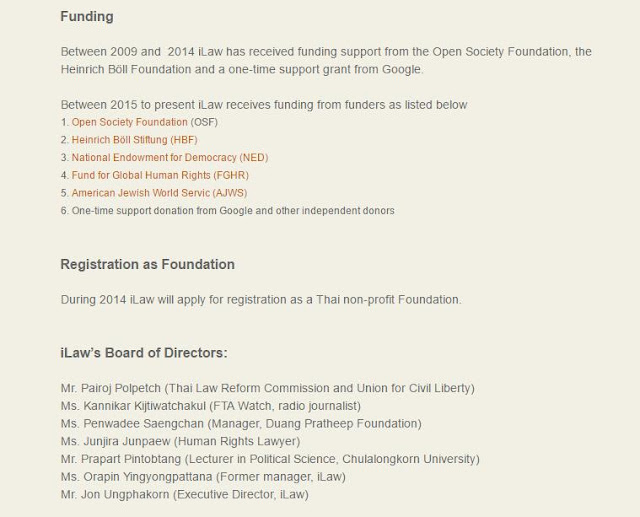 The rewritten constitution would make it easier for US-backed opposition parties to take power and help the US reverse Thailand’s growing ties with China – Thailand’s largest trade partner, foreign investor, arms provider, source of tourism, and partner in building and maintaining essential large-scale infrastructure projects – ties the US has no alternative to hence its use of political meddling and subversion instead.

That The Nation reports on iLaw’s activities but not on who funds the organization and the conflicts of interest that funding poses is poor journalism at best, and part of a wider Western media campaign to paint foreign-backed agitators as “pro-democracy activists” in yet another episode of US-backed covert regime change.

0 thoughts on “Covert Regime Change: Why is a US Government-funded NGO Petitioning to Change the Thai Constitution?”