HOME / WORLD / US in Afghanistan: A War By Any Other Name… 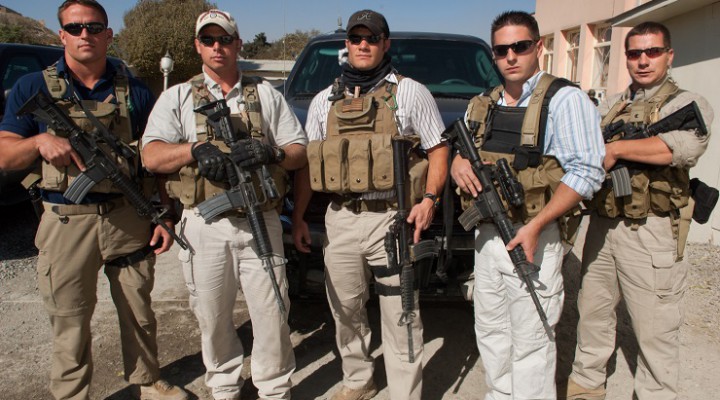 If the promise of a US withdrawal from Afghanistan has been met by extreme skepticism by not only the American public, but by the rest of the world, the US government has only itself to blame.

The White House published, “Remarks by President Biden on the Way Forward in Afghanistan,” on April 14, 2021 included the US President claiming:

Over the past 20 years, the threat has become more dispersed, metastasizing around the globe: al-Shabaab in Somalia; al Qaeda in the Arabian Peninsula; al-Nusra in Syria; ISIS attempting to create a califit [caliphate] in Syria and Iraq, and establishing affiliates in multiple countries in Africa and Asia.

President Biden would continue by claiming:

With the terror threat now in many places, keeping thousands of troops grounded and concentrated in just one country at a cost of billions each year makes little sense to me and to our leaders.

And finally, he would claim:

I have concluded that it’s time to end America’s longest war.  It’s time for American troops to come home.

And yet – even after reading through the rest of President Biden’s remarks – it is abundantly clear that the US is not ending its longest war.

It is simply planning to wage it by another name – an extensive proxy conflict where the US will continue artificially propping up a client regime in Kabul, continue paying the salaries of some 300,000 Afghan troops, maintain an extensive army of private contractors numbering in the thousands, and the continued operation of at least a few American bases – including most likely an air base.

Far from a withdrawal and just as Biden’s predecessors have done – including President Barack Obama whom he served as Vice President with – the door is being left open not only for a continued, perpetual US military presence in Afghanistan, but the possibility of a troop surge at a moment’s notice.

The US maintains military units thousands of soldiers strong capable of deploying anywhere in the world within 18 hours of being notified.

A Dubious War With a History of Dubious Talks of Withdrawal

The war in Afghanistan itself was always justified on the most tenuous grounds, allegedly fought in response to the attacks on New York City and Washington D.C. on September 11, 2001 – an attack carried out not by Afghans – but by mainly Saudis and extremists radicalized by Saudi Arabia’s political interpretation of Islam – Wahhabism.

The war had continued since as an enduring military occupation in Central Asia in a nation strategically bordering several key adversaries of Washington’s including Iran and China.

The extremism bred – rather than deterred – by the presence of US forces in Afghanistan spread into western China, particularly in Xinjiang where the Chinese government has struggled to contain and overcome the resulting radicalism and armed violence.

DW in its 2015 article, “Why China’s Uighurs are joining jihadists in Afghanistan,” would note:

According to Chinese sources, Uighur militants use fake Turkish passports to enter Afghanistan and Pakistan to join extremist groups. In the Afghan and Pakistani camps, which are heavily funded by Saudi Arabia, Uighurs receive ideological indoctrination as well as military training.

A more recent Bloomberg article titled, “Biden’s Afghanistan Withdrawal Is a Blow for China,” would claim:

Beyond economic considerations, China is keen to prevent Afghanistan from turning into a safe haven for Uyghurs fleeing the persecution Beijing has unleashed in Xinjiang province or into a base for Uyghurs to launch a cross-border insurgency. The worst-case scenario would be for the country to become a staging ground for a new jihad in Xinjiang, drawing extremists from across the world.

Both articles admit that Uyghur extremists have been recruited into fighting in Washington’s proxy wars around the globe, including in Syria. Western media has often referred to the eventual return of these militants to Chinese territory and the possibility of renewed violence in Xinjiang and beyond.

And while the latter Bloomberg piece claims Uyghur extremism is the result of Chinese “persecution” – this armed violence augments ongoing efforts by the US government to fund and support separatism by Uyghur opposition groups – many of which are based in Washington itself. It was US-funded separatism and accompanying violence that prompted Beijing’s actions in Xinjiang in the first place.

This is just one of several geopolitical games the US has used its ongoing presence in Afghanistan to help continue playing – and a clear example of how the US uses the claims of “fighting terrorism” to maintain this presence while in fact helping encourage and spread terrorism regionally and even globally.

The US claims it is also “withdrawing” from Iraq.

Of course, as with Afghanistan, the details of America’s “withdrawal” from Iraq include maintaining military forces for “training” purposes and who will maintain US facilities that could quickly welcome back a US troop surge in the matter of days.

There may be an attempt by US policymakers to create the illusion of a reconciling America seeking peace for the sole purpose of actually provoking wider conflict.

The US betrayal of the Joint Comprehensive Plan of Action (JCPOA) – also known as the Iran Nuclear Deal – under President Donald Trump and now President Biden’s failure to unconditionally return to the deal was part of just such a ploy described in US policy papers stretching back as early as 2009 – long before the Nuclear Deal was even proposed.

The Brookings Institution’s 2009 paper, “Which Path to Persia?: Options for a New American Strategy Toward Iran,” would note (emphasis added):

…any military operation against Iran will likely be very unpopular around the world and require the proper international context—both to ensure the logistical support the operation would require and to minimize the blowback from it. The best way to minimize international opprobrium and maximize support (however, grudging or covert) is to strike only when there is a widespread conviction that the Iranians were given but then rejected a superb offer—one so good that only a regime determined to acquire nuclear weapons and acquire them for the wrong reasons would turn it down. Under those circumstances, the United States (or Israel) could portray its operations as taken in sorrow, not anger, and at least some in the international community would conclude that the Iranians “brought it on themselves” by refusing a very good deal.

A feigned withdrawal from either Iraq or Afghanistan (or both) would help enhance a US strategy seeking to “minimize international opprobrium and maximize support” by making it appear the US sought deescalation and retreat and that it was Iran who took advantage of the resulting power vacuum.

It could also pave the way for Israel to provoke Iran into armed conflict – with both Israeli and American politicians claiming America’s absence from the region left Tel Aviv no other choice.

A War By Any Other Name…

A two decade-long campaign of global war returning trillions of dollars for US special interests and fulfilling America’s admitted ambitions of maintaining “primacy” and its leadership of its self-proclaimed “international order” will not be abandoned willingly by Washington.

Articles like the New York Times’ “In Reversal, Obama Says U.S. Soldiers Will Stay in Afghanistan to 2017″ should also temper expectations of a genuine US withdrawal from Afghanistan – or anywhere else for that matter.

The withdrawal of US troops – but the maintaining of private contractors, a proxy regime, and an army of US-paid Afghan soldiers that will continue fighting in the place of US troops – is the continuation of the war in Afghanistan. A war by any other name – is still a war.

Ending the Forever War: What does the US withdrawal mean for Afghans?

0 thoughts on “US in Afghanistan: A War By Any Other Name…”