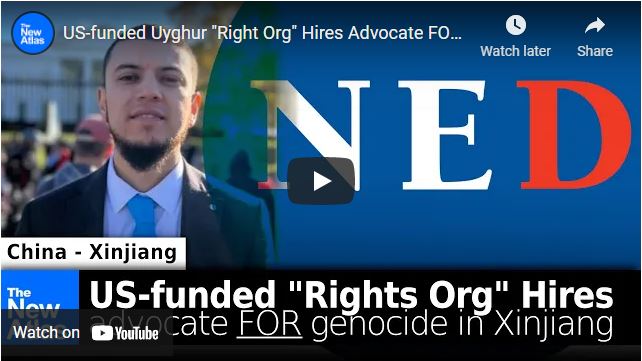 The US accuses China of “genocide” in its western Xinjiang region. However, China had been reacting to US-sponsored separatism including a years-long campaign of deadly terrorism and militancy.

So-called “human rights” groups funded by the US government are in fact separatist organizations sponsored by Washington hiding behind the smokescreen of human rights advocacy.

One, Campaign for Uyghurs, includes members who have openly called for separatism as well as ethnic cleansing against non-Uyghurs.

Campaign for Uyghurs – About Us:
https://campaignforuyghurs.org/about-us/

Arslan Hidayat (Twitter) – “They will be made to leave, with force if necessary, if they are not native to that land” (quote):
https://twitter.com/arslan_hidayat/st…