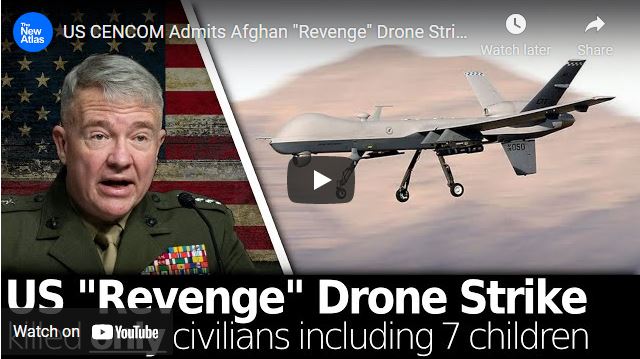 US CENCOM finally admits that all Afghans killed in an August 29, 2021 US drone strike were civilians, including 7 children. While US Central Command commander General Kenneth McKenzie assumes “full responsibility” for the death of these civilians, the absence of consequences for him and those involved in the policy surrounding US drone warfare makes this meaningless if not insulting.

Worse still, the true nature of US drone warfare was exposed as early as 7 years ago through leaked documents provided by US veteran and former military contractor Daniel Hale. Instead of commending Hale for his bravery and commitment to the truth, he was sentenced to nearly 4 years in prison while US policymakers made no changes – evident in the recent attack – to US drone warfare tactics.

The US will presume leadership of a “rules-based international order” and single out nations like China for a lack of transparency, openness, and discussion surrounding Beijing’s policies, yet the US demonstrates with deadly consequences that this is merely the psychological phenomenon known as projection but on a geopolitical scale.