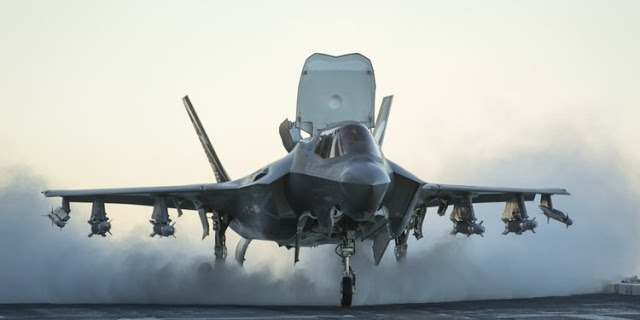 Turkey has been officially “booted” from the F-35 multirole combat aircraft program.

The F-35 multirole combat aircraft, produced by US-based arms manufacturer Lockheed Martin, is part of a massive weapons program exceeding $1 trillion. A single aircraft can cost over $100 million, or over twice the cost of Russia’s new Su-57 and many times more expensive than other Russian, Chinese and European-made aircraft already in operation.

The record-breaking costs however don’t translate into record-breaking performance. The F-35 has already seen its fair share of development hiccups and even when they are all ironed out, nothing the F-35 is even advertised as being able to do justifies its growing price tag.

It is amazing then that anyone has lined up to buy it at all let alone the large number of nations that have lined up.

Reuters in an older article titled, “The 11 countries expected to buy F-35 fighter jet,” would report:

Lockheed is developing three models of the plane for the U.S. military and eight partner countries that helped fund the plane’s development – Britain, Australia, Italy, Turkey, the Netherlands, Denmark, Norway and Canada.

South Korea, Japan and Israel have also placed orders for the jet.

Since then, however, there has been public backlash in nations like Canada which are shouldering development costs even if they end up buying no F-35s at all, CBC would explain.

Despite headlines like the BBC’s, “US removes Turkey from F-35 fighter jet programme,” Turkey itself has probably benefited most from being “removed.” Other headlines across the corporate media have been using the term “booted,” “kicked out,” or “expelled,” but a more apt term would be “dodged.”

What would nations like Britain, Australia, Italy, Turkey, the Netherlands, Denmark, Norway, Canada, South Korea, Japan and Israel do with F-35s anyway?

Israel already reportedly has the new aircraft. They’ve even reportedly used them in their attacks on neighboring Syria. However Israel has used the aircraft for mostly standoff attacks, fearing Syrian air defenses despite the F-35s supposedly stealthy profile.

While Britain is likewise prone to acts of illegal military aggression like its Israeli friends, the remaining nations hardly have any role for the F-35 their existing aircraft, or newer, cheaper aircraft could not easily fulfill.

So why did any of these nations line up to buy the F-35 in the first place? Is there any historical precedent that can help explain why Lockheed Martin’s extraordinary expensive, but less-than-extraordinary performing combat aircraft has been so financially successful?

Lockheed’s F-104 Starfighter: Flying on a Wing and a Bribe

This historical precedent is exceptionally relevant. Not only is it about an astronomically expensive, underperforming and essentially unnecessary combat aircraft, it was also made by Lockheed and pushed on America’s allies at the time, just like the F-35 is now. 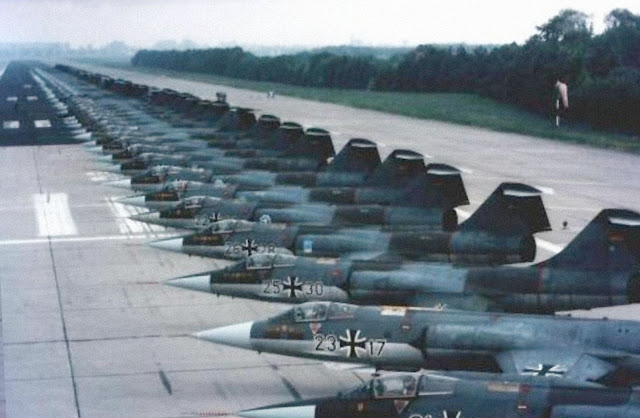 It turns out that policymakers who chose the Lockheed F-104 Starfighter despite its many shortcomings were simply bought off, literally with crate fulls of money as was the case in Japan.

A very old 1976 article by the New York Times titled, “Japan’s Watergate: Made in U.S.A.,” illustrated Lockheed’s business practice of simply buying off policymakers to chose their aircraft over competitors even after official decisions were made. While Lockheed’s commercial airliners were mentioned in the article, the F-104 Starfighter was also involved in what was later exposed as a massive multinational multi-million dollar (billions in today’s dollars) bribery racket.

Bribery might explain why Canada has tried to back off from the F-35 today but still has stubborn holdouts demanding the aircraft be given a chance.

The Daily Kos in a more recent article would report on Lockheed’s massive bribery racket during the F-104’s days, that:

Lockheed executives admitted paying millions in bribes over more than a decade to the Dutch, to key Japanese and West German politicians, to Italian officials and generals, and to other highly placed figures from Hong Kong to Saudi Arabia, in order to get them to buy our airplanes. Kelly Johnson was so sickened by these revelations that he had almost quit, even though the top Lockheed management implicated in the scandal resigned in disgrace.

Despite the obvious reasons not to buy the Lockheed Starfighter, nations ended up with them in abundance. All in all, over 2,500 were built. Over the course of their operational history, they succeeded in shooting down 3 aircraft and allegedly forcing another to land. Conversely, hundreds crashed with West Germany alone losing 116 pilots between 1962 and 1984.

If US arms manufacturers like Lockheed could get away with bribing officials to buy hundreds of what were essentially “flying coffins” to allied nations back in the 1950s and 60s, killing far more allied pilots than the enemy ever did, how hard would it be to sell something slightly less deadly, semi-functional but simply overpriced?

Between collective public amnesia regarding Lockheed’s past abuses, a corporate media that works for arms manufacturers and policymakers receiving millions in bribes, the collective defense of the West never stood a chance of getting affordable and effective defense capabilities.

Turkey Wasn’t “Booted From” the F-35 Program, It Dodged It

Turkey has undoubtedly played accomplice to Western machinations over the past half century. It has been a member of NATO since 1952 and has played a role in destabilizing the Middle East and even parts of Eurasia for decades on behalf of Anglo-American interests.

More recently it served as a springboard into neighboring Syria for tens of thousands of terrorists backed by a US-led coalition aimed at overthrowing the government in Damascus. Much of the current violence in China’s Xinjiang region is owed to Turkish meddling alongside US efforts to divide and destabilize the political order in Beijing.

Turkish forces have even partially invaded Syria, finding themselves mired in fighting with terrorists they themselves at one point supported and of course Kurdish militants, many of whom are supported by their own Western allies.

Ankara has also watched as US, European and even Israeli combat aircraft including F-35s have tip-toed around Syrian and Russian air defenses.

There is clearly much more going on behind the scenes as Western influence around the globe fades and Eurasian powers like Russia and China emerge upon the global stage. Turkish interests in the long-term will likely tip toward greater cooperation with the East rather than the West.

But the inability of Western forces to establish uncontested air superiority over Syria as they have done in virtually every other war in the past century including World War 2 surely isn’t being lost on anyone seriously interested in national defense, bribed or not. 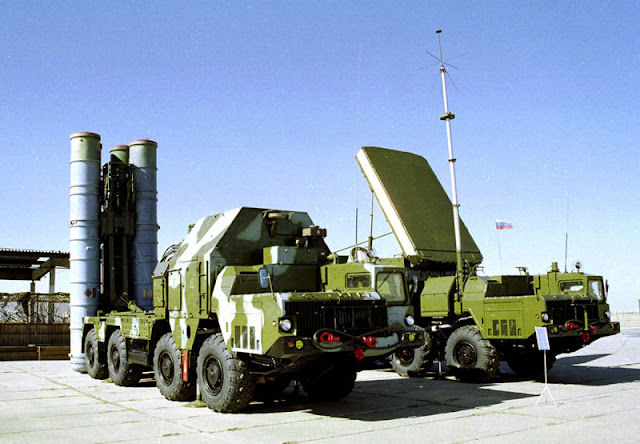 Ankara knew by buying Russian S-400 air defense systems they would likely be “booted from” the F-35 program, so in reality, Ankara itself made the decision to leave it. It will acquire a premier air defense system that it itself has watched complicate US military intervention in Syria next-door.

Turkey has freed itself from a complicated and costly weapons program that would leave its coffers lighter and its borders no more or less safe than they are at the moment. Deepening its military relationship with the West removes rather than enhances any leverage Ankara has when dealing with Washington, London or Brussels.

Other analysts have made convincing arguments that Russian-made systems transferred to Turkey and used by Turkish forces gives Ankara more autonomy from the US and NATO who insist US-made weapons systems be manned by US troops and ultimately directed by US and NATO commanders. The US, for example, has refused to transfer technology associated with their S-400 alternative, the Patriot missile system. Russia, as part of its deal with Turkey, will transfer technology.

While some may be overstating the significance of Turkey’s latest decision, this is undoubtedly one of many steps Ankara is taking to move from West to East. The US, in “booting” Turkey from a program Turkey would not benefit from, is merely attempting to conceal the full extent of its waning influence.

Turkey will continue to be a nation straddling both East and West. But it is hard to recall another point in recent history where Turkey’s balance between the two has been more equitable.

We can recall several extremely risky moments during the Syrian conflict, including the downing and ambush of Russian pilots and rescuers and calls from many in the public for swift retaliation from Moscow. Moscow didn’t. Instead, it has patiently bided its time, and for doing so it has avoided what would likely have been a costly confrontation and instead reaped this recent success.

How significant or minor this success actually is, only time will tell. A major NATO partner buying Russian air defense systems while spurring an unprecedented US arms program certainly seems significant.