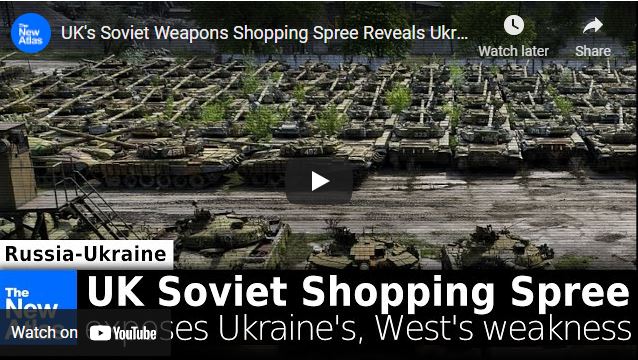 1. The UK Ministry of Defence admits it is scouring the globe for Russian and Soviet stockpiles of military equipment;

2. UK Defence Secretary Ben Wallace admits that the most optimal equipment to send Ukraine is equipment they are already familiar with;

3. Western equipment takes week, months, and in some cases years to not just learn to operate, but integrate tactically and strategically into combined arms warfare;

4. The army the US and NATO spent 8 years building before this most recent conflict is being destroyed faster than the US and NATO can replace it – and it wasn’t an optimal force to begin with;

5. A similar process played out in Syria from 2015 onward, ultimately failing and necessitating the direct military intervention by NATO (the US and Turkey) in Syria to occupy parts of the country, spoil victory/reconstruction, and preserve the remnants of their proxy force;

6. Direct Western involvement in Ukraine, similar to the “buffer zones” created in Syria, is likely the best choice among the West’s poor choices left.