Ukraine’s (US-made) “Wonder Weapons” – Will They Make a Difference? 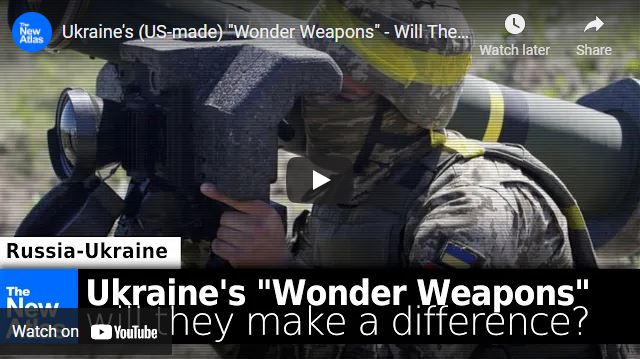 The US and its allies are sending huge numbers of anti-tank and anti-aircraft missiles to Ukraine including the much vaunted Javelin missile amid Russian operations to demilitarize and denazify the nation.

However, similar arms shipments in Syria and the use of “wonder weapons” in Germany during WW2 demonstrate historical signs of desperation and are not the “game-changers” the Western media claims they are.

Is Russia Changing Its Strategy?

Does the Kremlin Know What It Is Doing?

0 thoughts on “Ukraine’s (US-made) “Wonder Weapons” – Will They Make a Difference?”