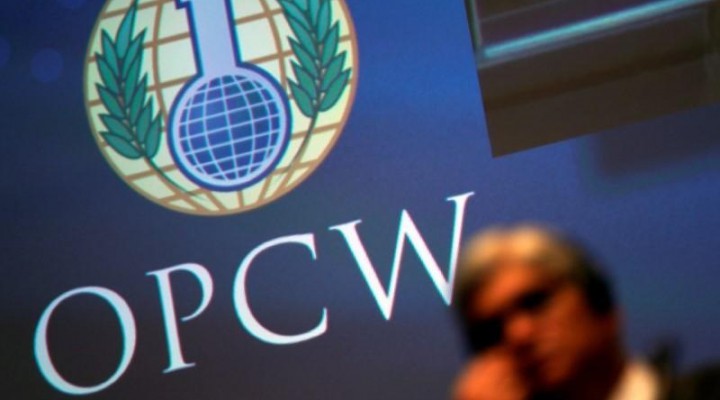 Whistleblowers have come forward revealing what many had known all along – that the Organisation for the Prohibition of Chemical Weapons (OPCW) had deliberately altered various reports and suppressed evidence regarding alleged chemical weapon attacks in Syria to help bolster US war propaganda.

The Courage Foundation – comprised of various whistleblowers and investigative journalists – in a statement titled, “Panel Criticizes ‘Unacceptable Practices’ in the OPCW’s investigation of the Alleged Chemical Attack in Douma, Syria on April 7th 2018,” would conclude (emphasis added):

Based on the whistleblower’s extensive presentation, including internal emails, text exchanges and suppressed draft reports, we are unanimous in expressing our alarm over unacceptable practices in the investigation of the alleged chemical attack in Douma, near the Syrian capital of Damascus on 7 April 2018. We became convinced by the testimony that key information about chemical analyses, toxicology consultations, ballistics studies, and witness testimonies was suppressed, ostensibly to favor a preordained conclusion.

The panel called on the OPCW to revisit its investigation of the alleged 2018 Douma attack, stating:

This would help to restore the credibility of the OPCW and work towards demonstrating its legally mandated commitment to transparency, impartiality and independence. It is of utmost importance to restore trust in the verification procedures relied upon to implement the prohibitions of the CWC [Chemical Weapons Convention].

The panel included a member of the OPCW itself – José Bustani – who in fact served as the first Director General of the OPCW. He would conclude:

“The convincing evidence of irregular behaviour in the OPCW investigation of the alleged Douma chemical attack confirms doubts and suspicions I already had. I could make no sense of what I was reading in the international press. Even official reports of investigations seemed incoherent at best. The picture is certainly clearer now, although very disturbing.”

A detailed breakdown on precisely what evidence was suppressed can be found here.

From the beginning, the OPCW’s role in Syria was clearly to buttress a US pretext for direct military intervention.

Despite this obvious goal, because many of OPCW staff are professionals and as clearly seen through the actions of whistleblowers coming forward – are principled – the OPCW resorted to very subtle methods to skew the outcomes of its reports and word its conclusions in such a way that media spin could fill in gaps and ambiguity the OPCW itself did not want to directly and overtly lie about.

Despite information within their own reports either indisputably disproving claims of Syria’s government using chemical weapons, or admissions that no fact-based claims could even be made with investigators often never even visiting sites where alleged attacks took place, the OPCW would release several politically-motivated conclusions that fed directly into US war propaganda at the time.

The alleged 2018 Douma chemical attack was perhaps the most pertinent example of this, with details of the alleged attack sparse and unconvincing and with the final OPCW report even including a picture taken at a militant weapon’s factory where a cylinder similar to those allegedly used in the attack was found among ordnance being prepared for use. 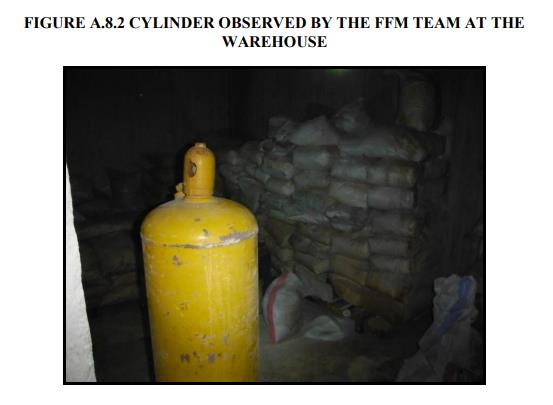 The report also included photographs of the alleged holes made on rooftops from what were claimed to be chemical munitions – but noted that adjacent buildings had similar craters and holes that clearly were not the result of chemical munitions. In other words, evidence suggests the canisters were likely placed into position, taking advantage of holes and craters created by conventional weapons.

Despite evidence suggesting the attack was staged, the OPCW chose to suppress or downplay evidence and use ambiguous language to allow Western media sources to spin the report and “confirm” that not only an attack take place, but that the Syrian government was allegedly behind it.

Only upon reading the actual OPCW report would anyone know just how flimsy accusations against the Syrian government were and that despite Western media headlines accusing the Syrian government, evidence within the report pointed the finger instead at US-backed militants operating in the area at the time.

Having engineered a proxy conflict in Syria in 2011 that would later stall, the US sought to replicate its “successes” in Libya and neighboring Iraq by searching for a justification for direct military intervention. The US used the pretext of fighting militants it itself had armed and unleashed across Syria including the so-called Islamic State (ISIS) to stage military forces within Syrian territory.

From there, it repeatedly cited alleged chemical attacks in an effort to build international consensus for military intervention against Damascus.

However, it appears that the world was aware that the US was – in essence – repeating nearly identical lies it used regarding Iraq – literally the next nation over from Syria – centered around “weapons of mass destruction” (WMDs) for the purpose of intervening in and destroying yet another Middle Eastern nation. 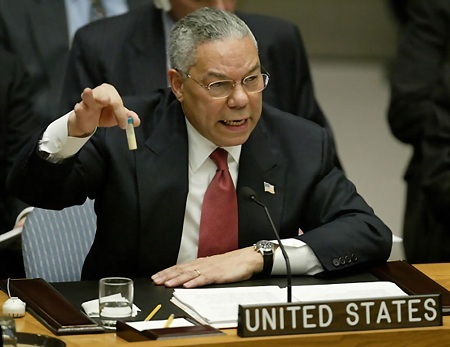 Between growing global distrust and Russia’s own military intervention in Syria in 2015 – US military aggression was checked. The growing global alternative media – both state-sponsored and independent networks and organizations – helped confront this WMD 2.0 narrative.

Today – the momentum has continued – bringing the OPCW back into the spotlight through the Courage Foundation’s recent panel in order to finally expose and perhaps even hold accountable those within the OPCW who attempted to use the organization to facilitate war propaganda rather than fulfil its mandate. The panel and the alternative media promoting it is also a celebration of those within the OPCW with the courage to speak out against impropriety.

With the Syrian conflict drawing to a close in favor of Damascus and its allies – and with the US and its axis of collaborators exposed as having organized the premeditated attempted destruction of a nation and its people – a panel exposing OPCW impropriety and how it fit into Western war propaganda might seem irrelevant.

But fully exposing what was done in Syria regardless of whether or not the war is over and no matter how favorably it ended for Damascus and the Syrian people – is absolutely essential in preventing similar impropriety from being used against the next nation that finds itself in Washington’s sights.

0 thoughts on “Syria: OPCW Whistleblowers Confirm What We Already Knew”