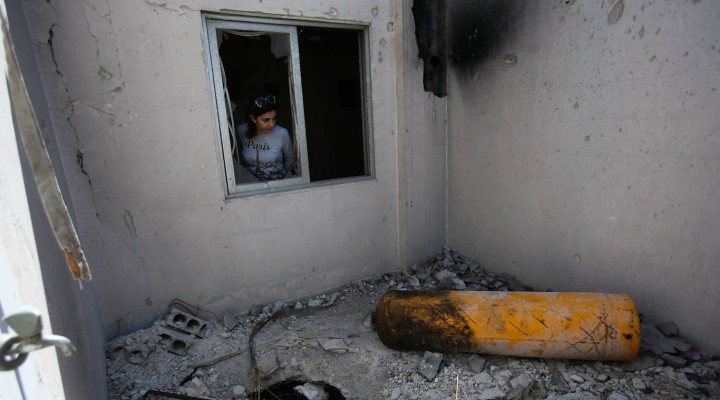 Judging by the minimal impact of the news, there will likely be few consequences for those who suppressed information and misled the world, nor for those who called for war on the basis of it, their assertions proving, once again, disastrously wrong.

MPN– Douma, Syria, April 2018. Dozens of people die in a suspected chemical weapons attack in the eastern suburb of the capital Damascus. The United States and many European countries immediately identify President Bashar al-Assad as responsible for the attacks, and respond with deadly violence of their own, starting a bombing campaign against his forces. Yet new evidence leaked from whistleblowers suggests that not only is the Western story on shaky ground, but the report into the incident from the Organization for the Prohibition of Chemical Weapons (OPCW) deliberately suppressed evidence and testimony that contradicted the U.S. narrative.

Founded in 1997 to represent the collective position of its 193 member states, the OPCW oversees and verifies adherence to the strict rules that regulate the use of chemical weapons, which it hopes to eliminate.

After its fact-finding mission was complete, the OPCW issued a report on the alleged Douma attack. While far from conclusive or damning (it refused even to speculate on who was responsible for the attacks), it did suggest there was “likely” a chlorine attack carried out by dropping gas canisters from the air. This seems to contradict its interim findings that stated, “No organophosphorus nerve agents or their degradation products were detected, either in the environmental samples or in plasma samples from the alleged casualties.” Nevertheless, some insinuated that the new report implicated government forces, the only groups likely to possess both the chemicals and the helicopters necessary to carry out such an attack.

But others criticized the findings. Piers Robinson, Co-Director for the Organization for Propaganda Studies and formerly Chair in Politics, Society and Political Journalism at Sheffield University claimed the OPCW report contained “significant anomalies” and was “unpersuasive, to put it mildly”, noting contradictions on analysis of chemicals used, the method of delivery, and more.

Robinson’s fears appear to have been confirmed and on October 15 an OPCW whistleblower met in secret with a panel of international experts, including the first Director-General of the organization, Dr. Jose Bustani. After seeing the evidence provided by the whistleblower, the panel came to the conclusion that the OPCW had suppressed and distorted its data, analysis and conclusions, noting that “key information” about chemical analysis, toxicology, ballistics investigations and witness statements were suppressed, “ostensibly to favor a preordained conclusion.” The panel also expressed alarm at efforts to exclude certain inspectors from the investigation or from allowing them to express differing opinions and observations. Dissenting assessments that concluded that the gas canisters were probably placed in Douma, rather than dropped from aircraft – suggesting an altogether different scenario to the one the U.S. government was presenting – were suppressed.

On the new evidence provided, Dr. Bustani said it, “confirmed doubts and suspicions I already had” about the incoherent report, claiming that “the picture is clearer now, although very disturbing.”

Who, if anyone, pressured the OPCW to do this? One possibility is the Trump administration, who recently awarded them a further $4.5 million for “further investigations” into Syria. This is particularly noteworthy, as the United States is infamously thrifty when it comes to paying international organizations. For decades it has refused to pay its dues to the UN, now owing billions, in retaliation for not fully complying with its wishes. It also cut funding to UNESCO in 2011 and left the organization in 2017 after it recognized Palestine– even though the U.S. is officially committed to a two-state solution in the Middle East. Many with experience in bidding for funds will know that if an organization gives you millions of dollars for research, you know what is expected of you. On the issue, Robinson said there is “certainly an element of incentivization…in order to encourage the OPCW to find and reach conclusions that are going to be compatible with what they want.”

The U.S. also previously forced Bustani from the OPCW in 2002 for contradicting their claims on Iraq and weapons of mass destruction. The Bush administration under Secretary of State John Bolton seemingly threatened to kill his family if he did not resign: “You have 24 hours to leave the organization, and if you don’t comply with this decision by Washington, we have ways to retaliate against you. We know where your kids live,” John Bolton told him.

The whistleblower’s testimony goes directly against the way in which corporate media presented the Douma attack. Unquestioningly accepting the Trump administration’s line, media claiming to be the custodians of truth and defenders of democracy, immediately began to clamor for a military response.

Even as the dust in Douma was still settling, the Washington Post’s editorial board claimed that “President Trump will deal another blow to US global leadership if he does not follow through” on bombing the country. The New York Times’ editorial team appeared to be trying to goad him into action, noting, “The president should know by now that tough talk without a coherent strategy or follow-through is dangerous.” In other words, “talk is cheap, it is time for action.” For the Guardian, considered at the left extreme of the mainstream spectrum, even waiting for a report to ascertain what truly happened was “irresponsible obfuscation”; its top foreign affairs commentator and former foreign and U.S. editor, Simon Tisdall insisting that, “After Douma, the West’s response to Syria’s regime must be military…there can be no more excuses.” He also condemned Obama’s hesitance to commit to more U.S. involvement in Syria as “a blot on his record.”

Both The Guardian left, and The Atlantic, right, were quick to advocate a military attack on Syria

All this despite describing Trump before his election as a dangerous lunatic fascist who could not be trusted as commander-in-chief, another example of “resistance” media uniting behind Trump when he considers aggressive action and opposing him most forcefully when he moves in a more conciliatory or dovish direction.

The media got their way; on April 14 the U.S., France and the United Kingdom conducted a series of coordinated airstrikes against the Syrian government, although they seemed confused about who was responsible and how effective they were. The U.S.’ public stance was that it was “still assessing the evidence of the attack” and “did not know which chemical was used, or whether it was launched by the Syrian government or forces supporting the government.” Yet it was “mission accomplished” according to Trump, with an army spokesperson claiming they had “crippled” Assad’s chemical weapons producing capability, “setting him back years.” Yet that same spokesperson was later quoted as saying Assad still had the capability to launch attacks “throughout the country at a variety of sites.”

What is indisputable is that the corporate press was fully behind the West’s military escalation in Syria. A survey done by the media watchdog, Fairness and Accuracy in Reporting, found that of the top 100 American newspapers by circulation, not a single one issued an editorial opposed to the April strikes, with the vast majority of those offered supporting the Trump administration’s actions. The Washington Post was unequivocal: “Mr. Trump was right to order the strikes” and rather ominously noted he “properly left open the possibility of further action.” Other media were similarly joyous over more war; the Atlantic claiming bombing was “undoubtedly a good thing”. Meanwhile, the Guardian’s chief political commentator insinuated that dishonest anti-war leftists like Labour leader Jeremy Corbyn were effectively responsible for the atrocities themselves, being “too busy looking in the mirror admiring their own halos to face the moral challenges posed by a situation like Syria.” Needless to say, the conservative end of the corporate media spectrum was no better. As media analyst Adam Johnson wrote, “On the issue of launching airstrikes against the Assad government, robust debate is nonexistent. Major publications take the bulk of the premises for war for granted—namely the US’ legal and moral right to wage it—and simply parse over the details.”

Radio Silence on the New Evidence

On the fudged OPCW report, veteran Middle East correspondent Robert Fisk wrote, “It is difficult to underestimate the seriousness of this manipulative act”, worrying that this will undermine the credibility of all trustworthy international organizations and give fuel to Assadist and Russian propaganda networks.

While state-funded Russian outlets have covered the story, the silence from the mainstream, corporate press has been deafening, with no interest whatsoever in the story (one reason why supporting independent, alternative media as a counterweight against corporate news is so important). Judging by the minimal impact of the news, there will likely be few consequences for those who suppressed information and misled the world, nor for those who called for war on the basis of it, their assertions proving, once again, disastrously wrong.

This is hardly the first, and surely not the last time that fake news is manufactured about Syria, where the fog of war and competing claims from many sides with their own agendas obscure the reality of the situation. In war, they say, truth is always the first casualty.

Feature photo | A journalist looks on during a media tour of a damaged house where OPCW inspectors are believed to have visited in Douma near Damascus, Syria April 23, 2018. Ali Hashisho | Reuters