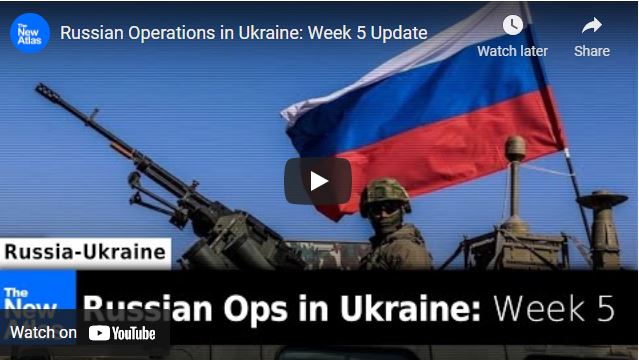 Russian operations in Ukraine enter week 5. Despite claims Russia is stalled, frustrated, and without a plan, it appears that Russia is doing precisely in Ukraine what it successfully did in Syria from 2015 onward in the systematic taking of population centers.

I also discuss constant accusations by the West regarding “chemical weapons,” as well as a breakdown on how Russia will approach, encircle, and take population centers, just as it recently did in Mariupol.

Combating Terrorism Center at West Point – Russia’s Battlefield Success in Syria: Will It Be a Pyrrhic Victory? (2019):
https://ctc.usma.edu/russias-battlefi…

The New Atlas – Russia’s Back Isn’t “Against the Wall,” and WON’T use “Chemical Weapons”:
https://youtu.be/HtCOCHeqFmc

NATO Is Propagandizing Itself Into War

More Evidence That The US Is Trying To Prolong This War

January 6th, Azov Battalion & The War On D̶o̶m̶e̶s̶t̶i̶c̶ ̶T̶e̶r̶r̶o̶r̶ YOU