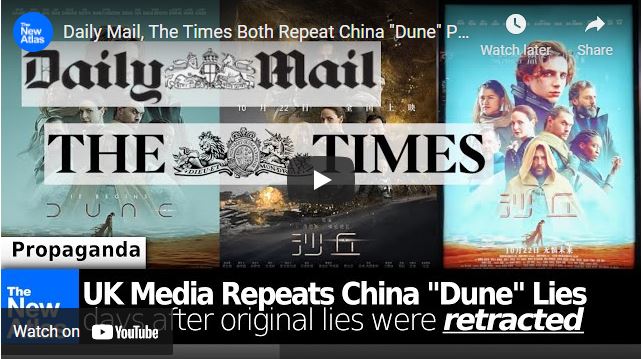 Despite being exposed as an absolute lie through photos FROM China of movie posters featuring the actress all across the country – and those telling the lie having already retracted it – “real journalists” at the Daily Mail and The Times in the UK as well as CAIR have decided to repeat these lies again anyway, maximizing the damage of these before any correction is made – if any is made.

It is part of a well-developed strategy that understands the importance of “first impressions” and the power of misleading people who will continue believing a lie even after official retractions.

Text of Tweet: “Black British actress ‘is removed from poster for new Dune movie in China’”

Laowhy86: The Man Who Moved China